A Brief History of Seaside's Airstream Row on 30A, Florida - 30A 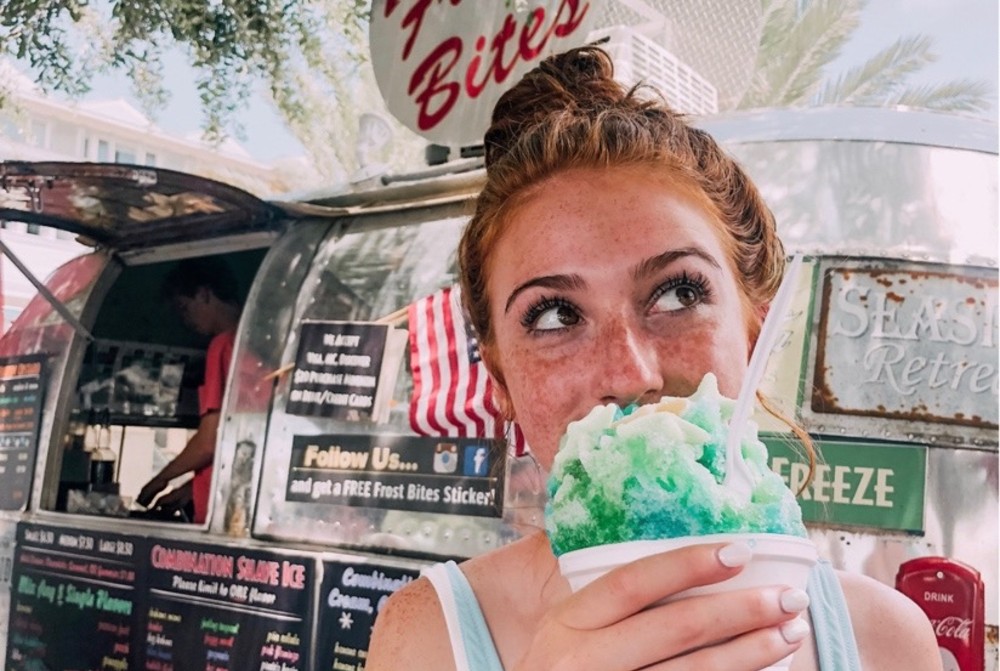 Have you ever wondered why gleaming Airstreams line 30A in front of Seaside? Were they placed there as a type of urban street food experience within a New Urbanism community? Eh, not exactly.

Like a lot of things in Seaside, the “Land Yacht district” was born of necessity and a spark of creative genius.

Back in the mid-1990s, Case Cooper was serving shaved ice at Frost Bites, located on the south side of 30A near the Coleman Beach Pavilion. But one afternoon, Case said, Town Founder Robert Davis let him know he wanted to use that retail space for Ono Surf Shop.

Case knew he had to come up with a plan fast, or he was going to be out of business. 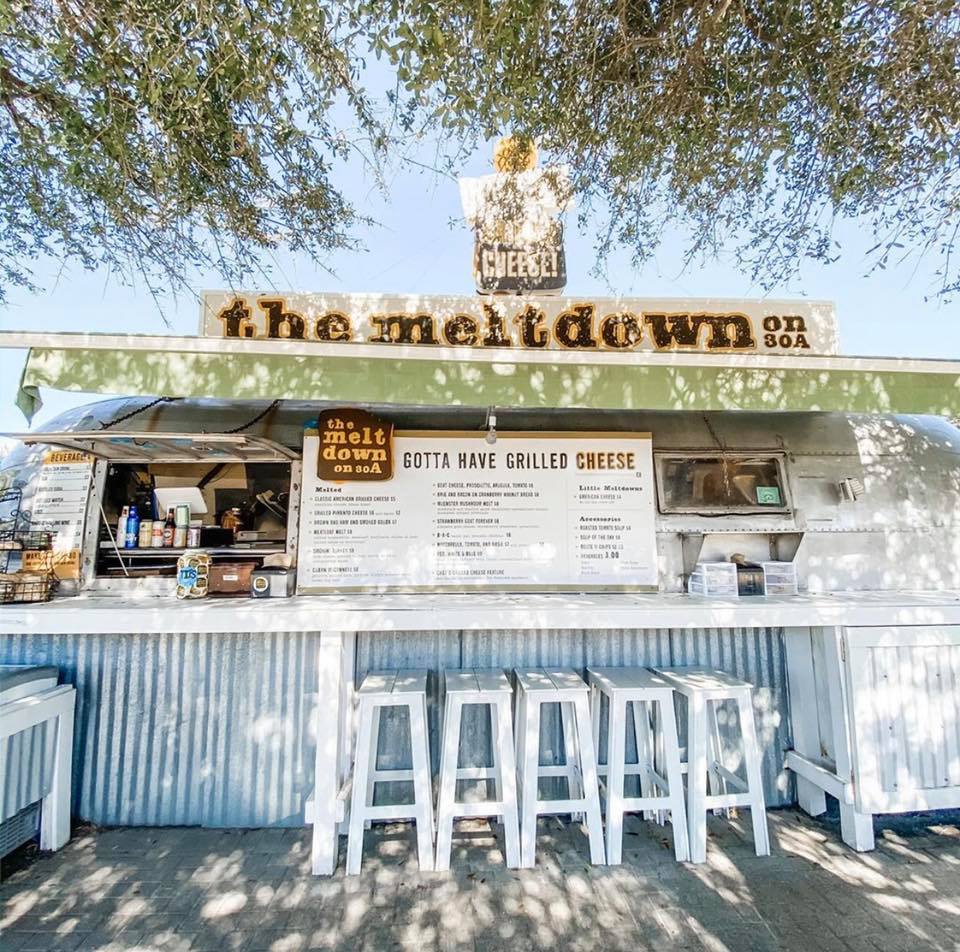 “I’d heard Robert liked vintage Airstreams,” he said. “Homeowners were allowed to have vintage Airstreams on their lots. I chose a small Airstream for the cuteness factor and then I drew a proposal up that had an old Airstream parked in front of Seaside with a long line of kids waiting to get a shaved ice.”

Robert agreed to the idea and now all Case had to do was find the Airstream. Which, it turned out, was not that easy. He had chosen a 1955 Bubble Airstream as the ideal home for the new Frostbite. He ended up driving to Los Angeles to get it.

“Everybody told me I was crazy,” he said and laughed at the memory.

A company in LA outfitted the Airstream with work stations, a sink, and cut a custom window into the side. By 2000, the new Frostbite’s Airstream was open for business and was a huge hit. “We had a few naysayers,” he admitted. “There were a few people who thought it looked bad, but I tell you what, that was one of the best things I’ve ever done.”

Food & Wine Magazine, Coastal Living, television travel shows and countless newspapers were all photographing and writing about the cute place to grab a shaved ice. Seeing the success, other businesses began to approach Seaside with proposals, and the “Land Yacht district” (named for Airstream’s best-selling model) was born. 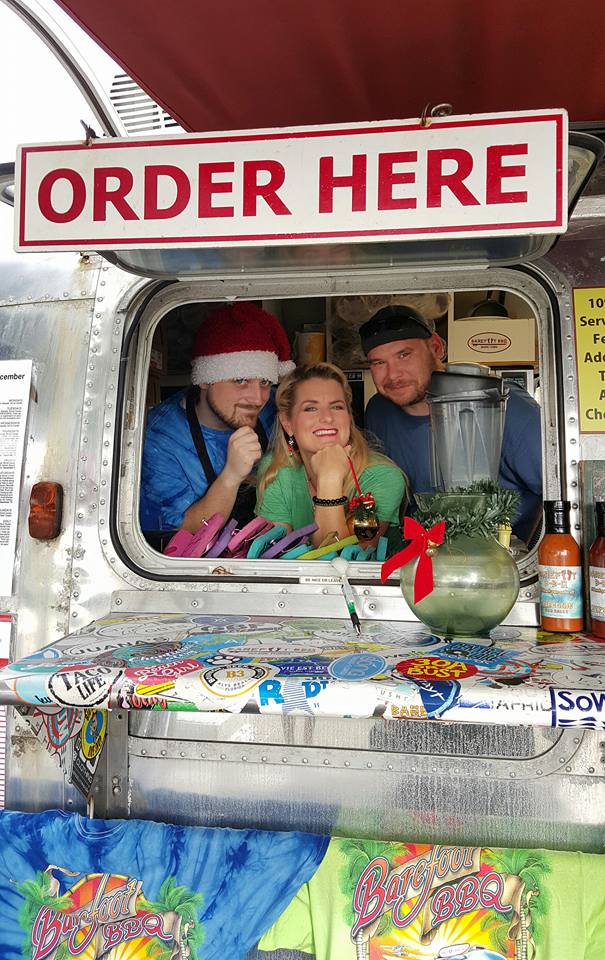 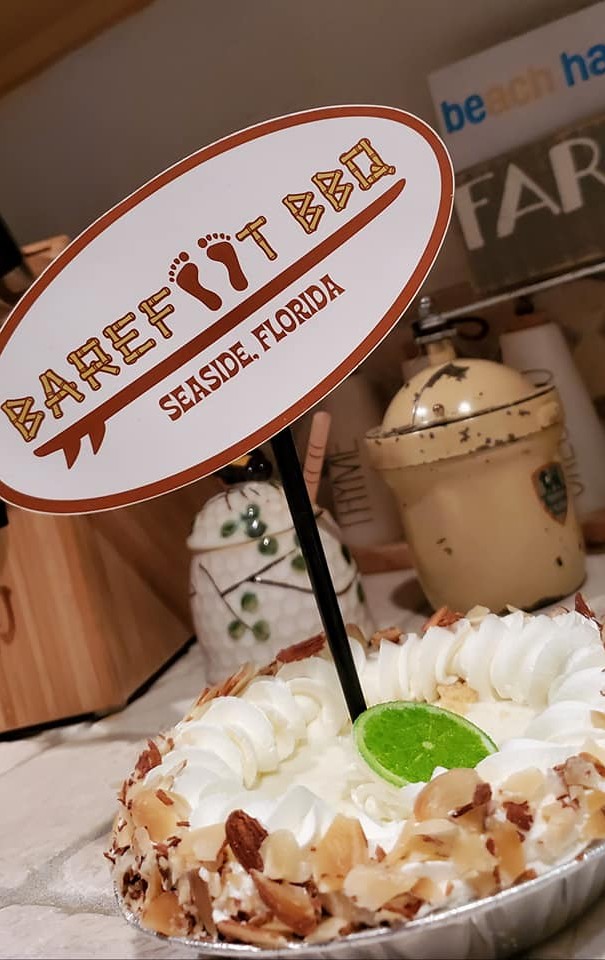 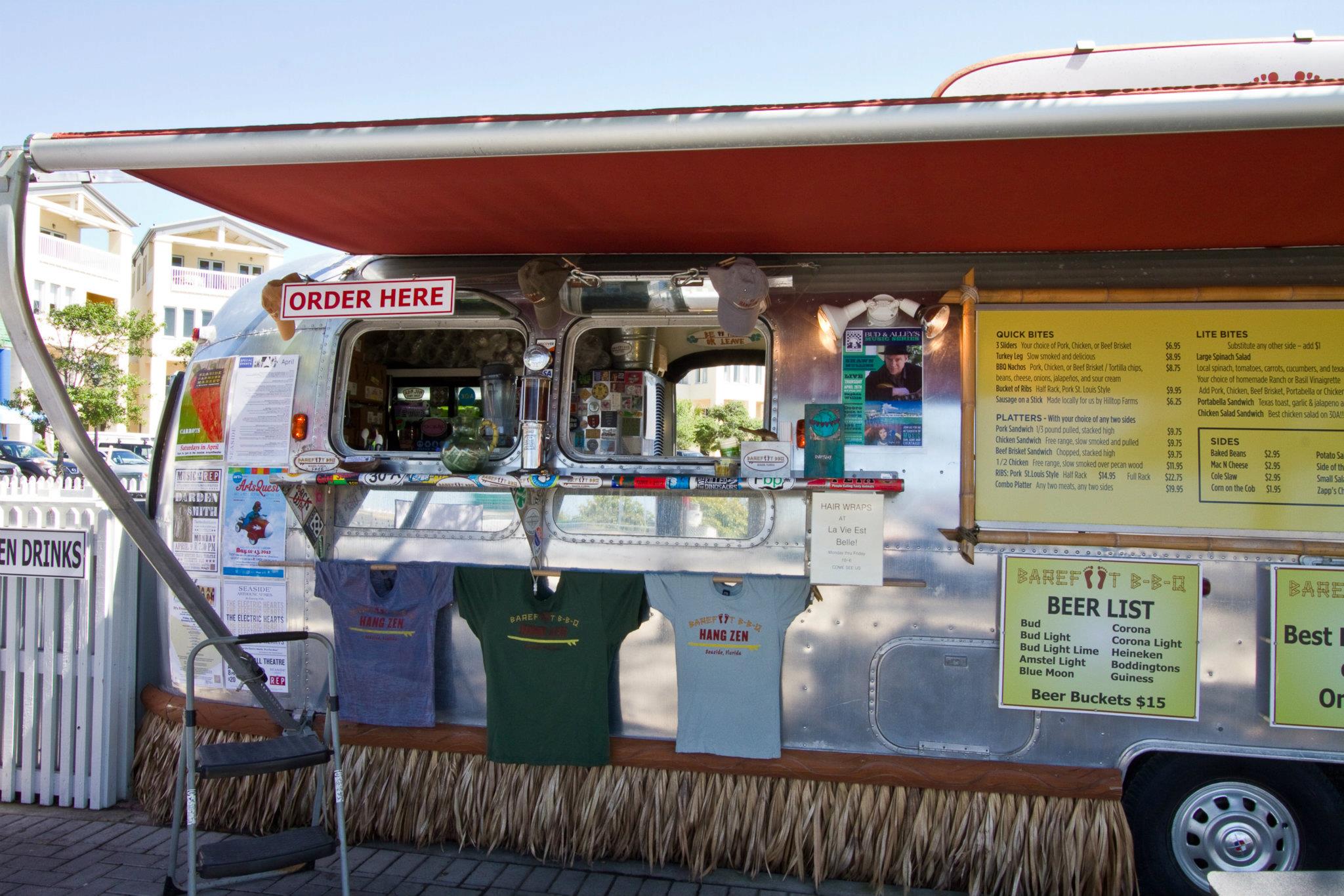 When the owners of Barefoot BBQ began looking for an Airstream to house their business, Case used the knowledge he’d gathered finding the Bubble and began a side business locating Airstreams for folks. He found both of the trailers for Barefoot BBQ and began brokering Airstream sales for families and businesses.

After a few years, the repetitive movements of shaving ice caused carpal tunnel syndrome and painful arthritis. He decided he was ready for his next adventure and sold Frost Bites. Nowadays, his band, The Shotgun Billys, keeps him busy (they’re about to release the third album).

“I have so many great memories from those years in Seaside,” he said. “I met so many famous musicians and saw so many kids grow up. A big part of me wishes I hadn’t sold it but if I’d kept doing it, it probably would have ruined me. I’m going to need surgery for the carpal tunnel if I want to continue playing music.”

He laughed as he remembered how easy it was the first hurricane season after he had the Airstream. “I didn’t have to worry or board up anything. I just pulled up, hitched it to my truck, and drove off. It was great.” 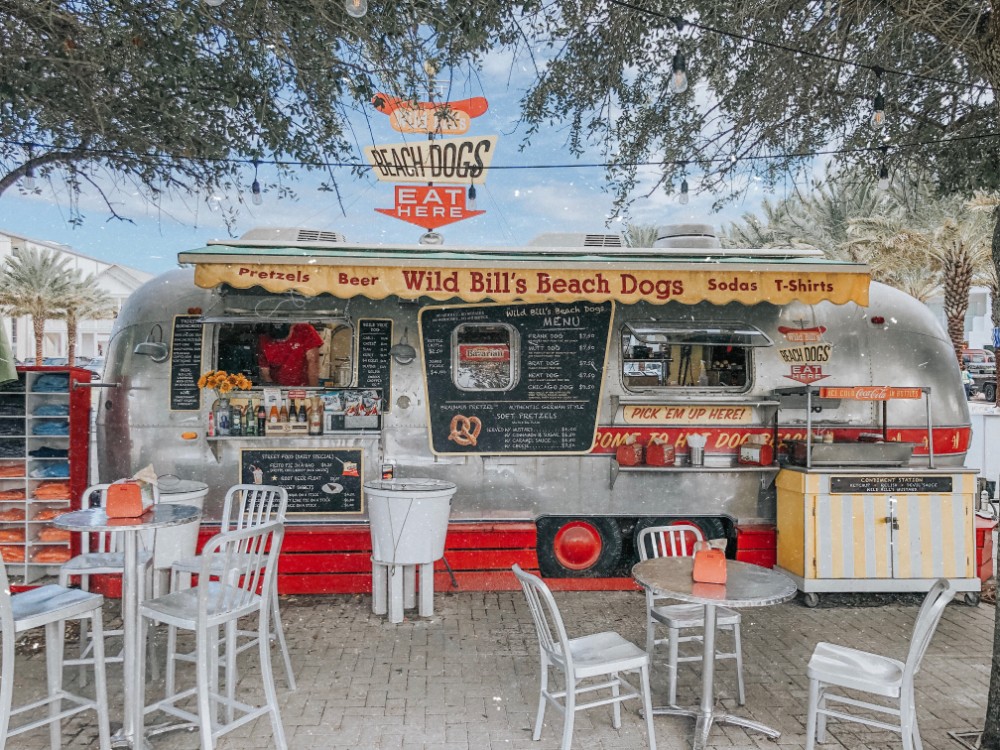 Today, Frost Bites still holds court in the same spot where Case parked it in 2000, and you can still find all the classic flavors (and some new ones … chicken lips is a favorite).

As for Case’s favorite? “I love the Peaches n’ Cream,” he said. “Man, it’s been a while since I had one of those.”

• Mr. Gyro Hero began as a popular vendor at the Seaside Farmers Market. They’re known for the gyros but also have a varied Mediterranean menu. 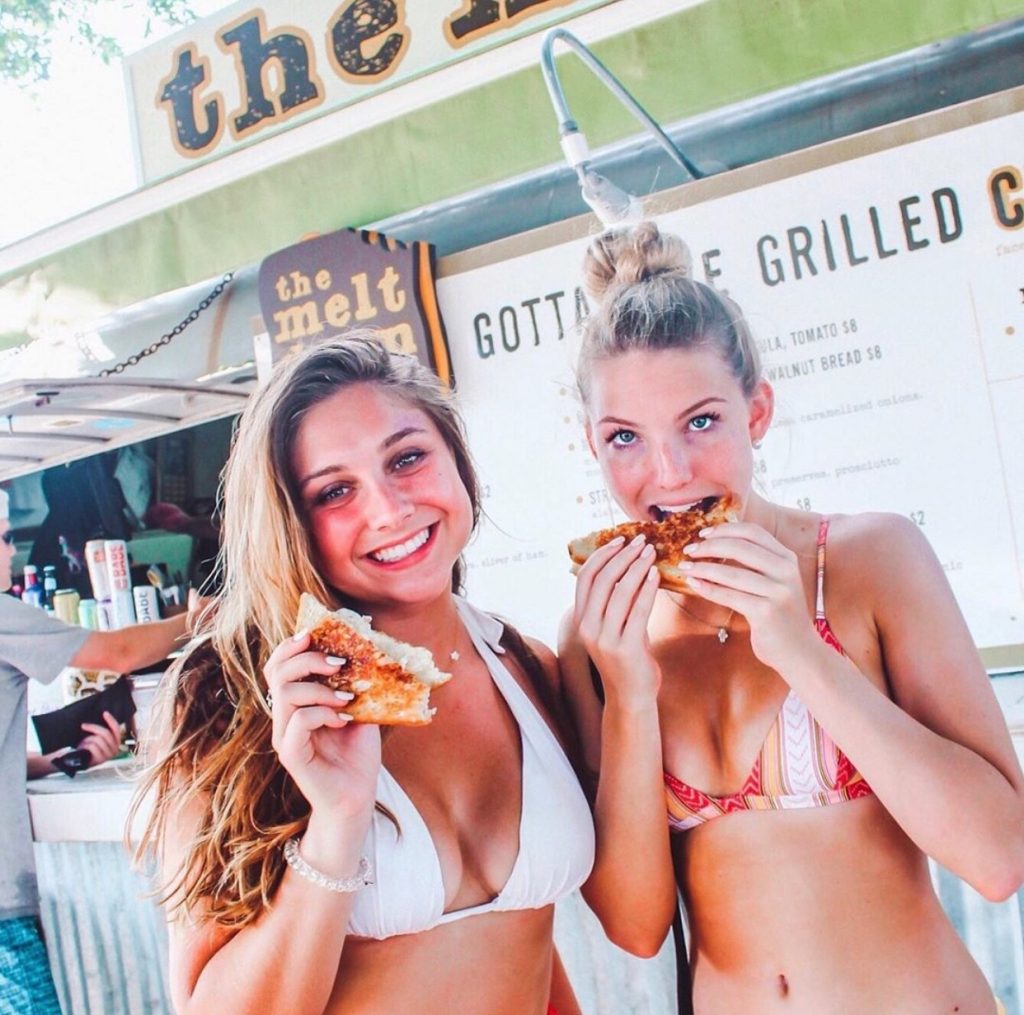 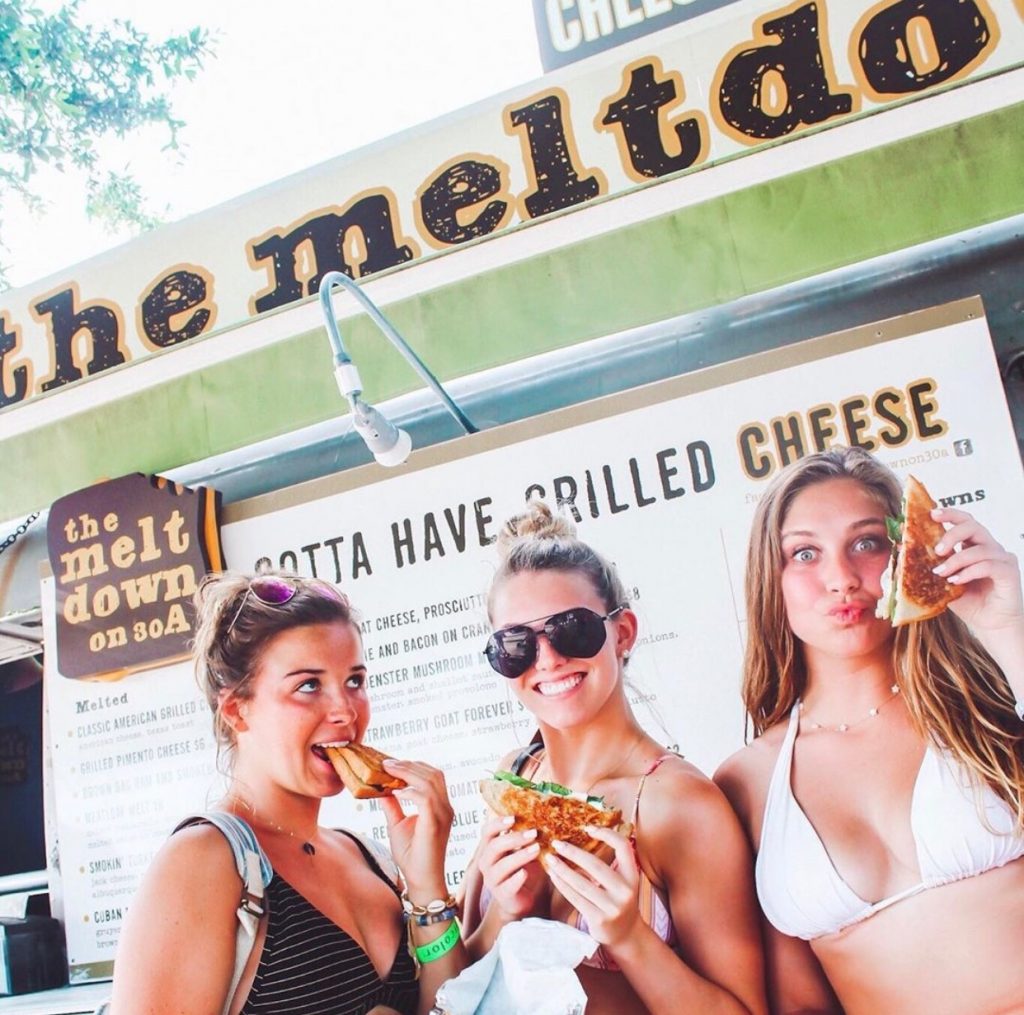 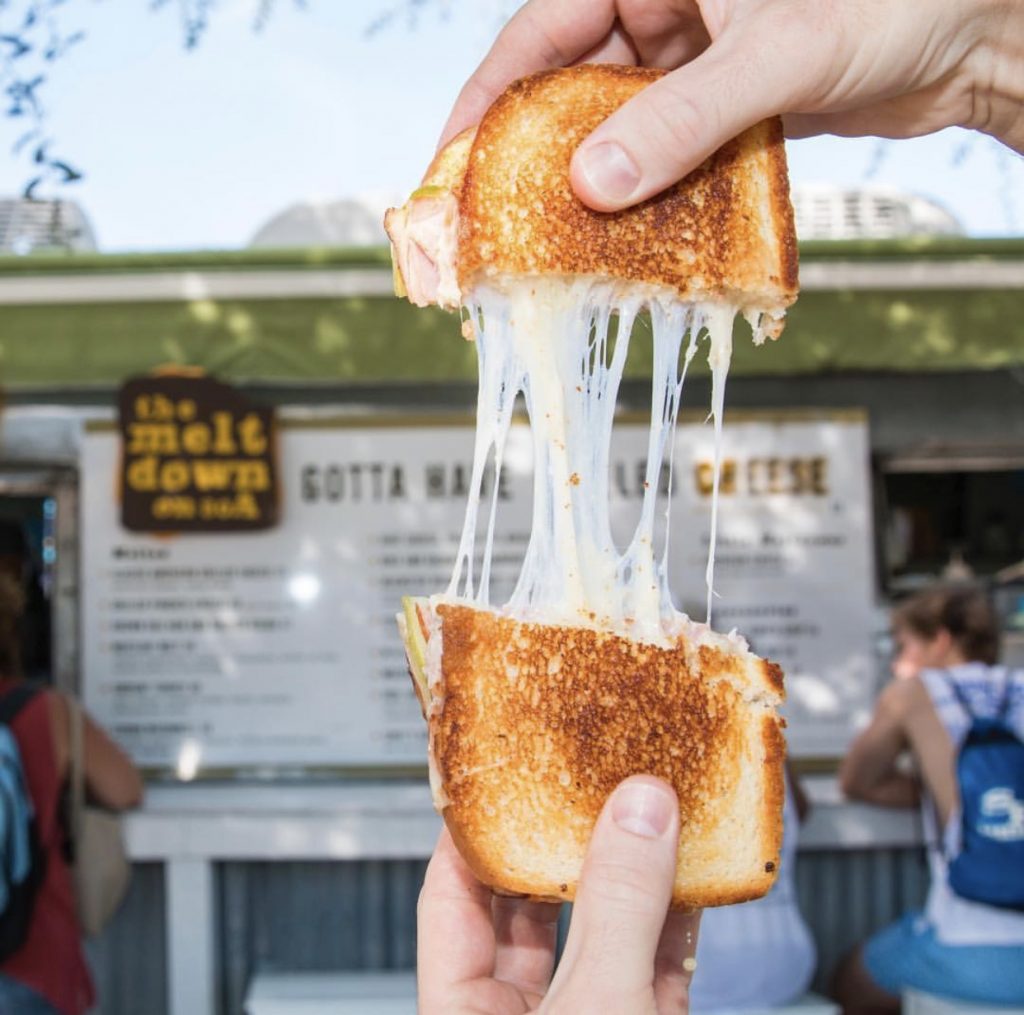 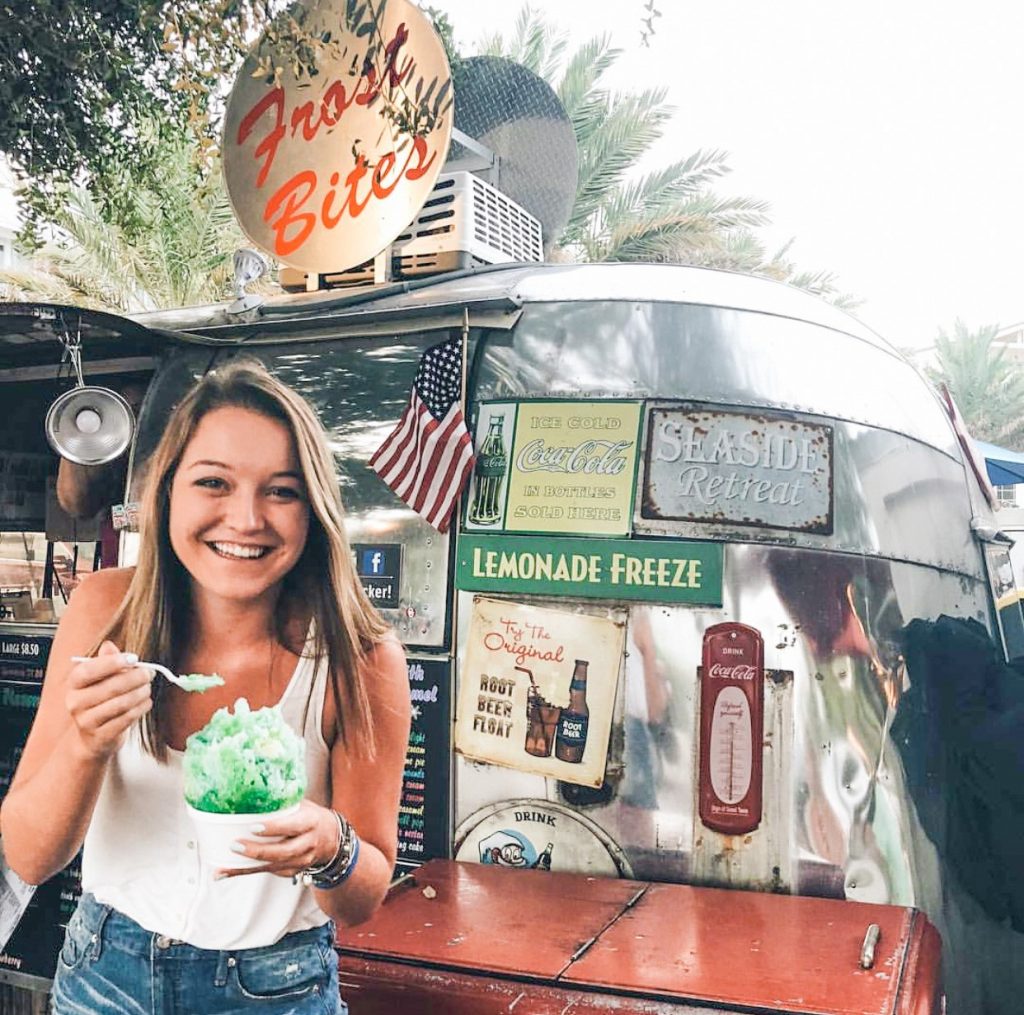 • The Meltdown on 30A has the melted cheese sandwich of your dreams (and a wide variety of other delicious sandwiches).

Tip: Visit individual websites to order online and skip the lines at most of the Airstream food trucks. 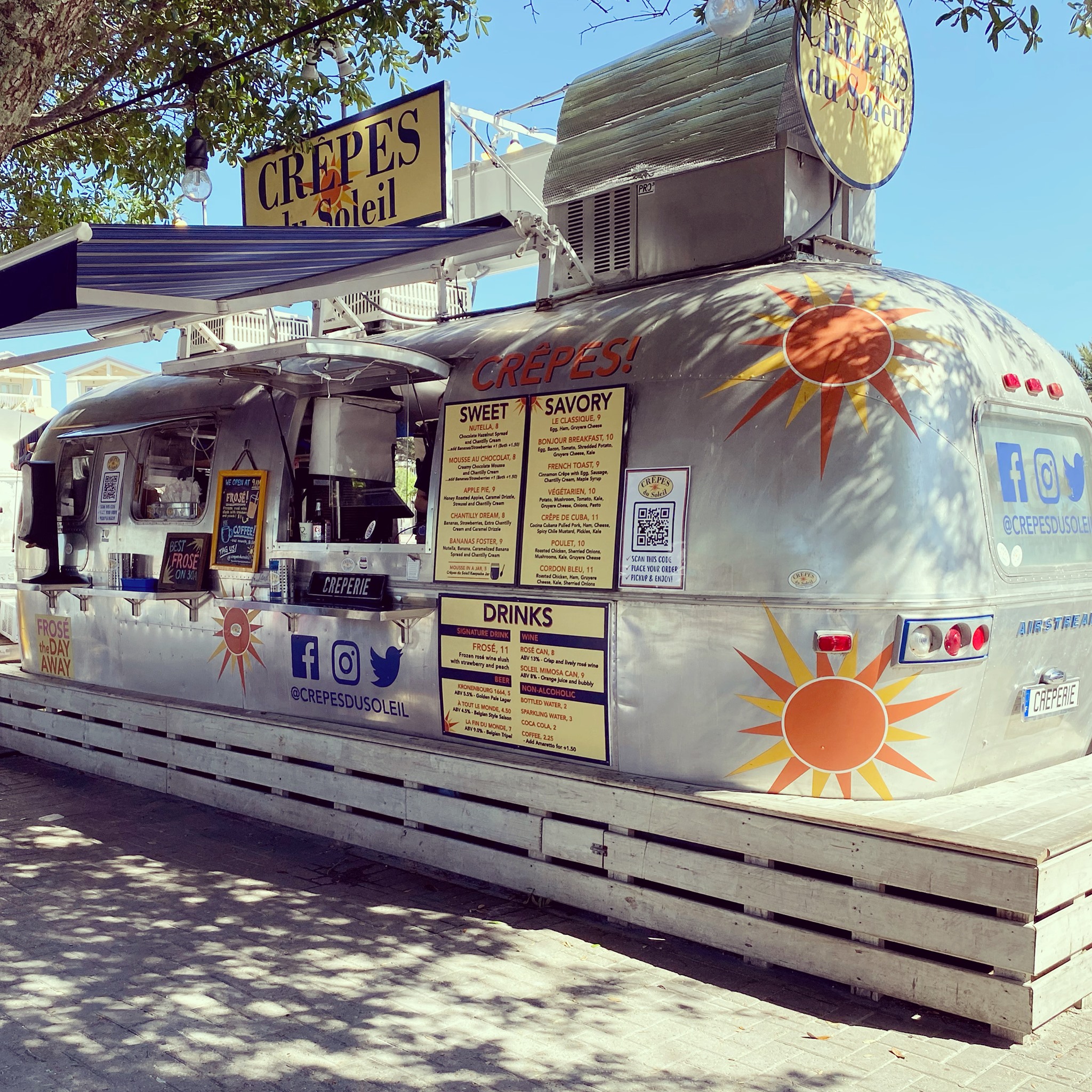 Are you looking for an Airstream? Thanks to COVID19 halting his tour schedule, Case is once again brokering Airstreams. Get in touch with him at 850-585-3899.