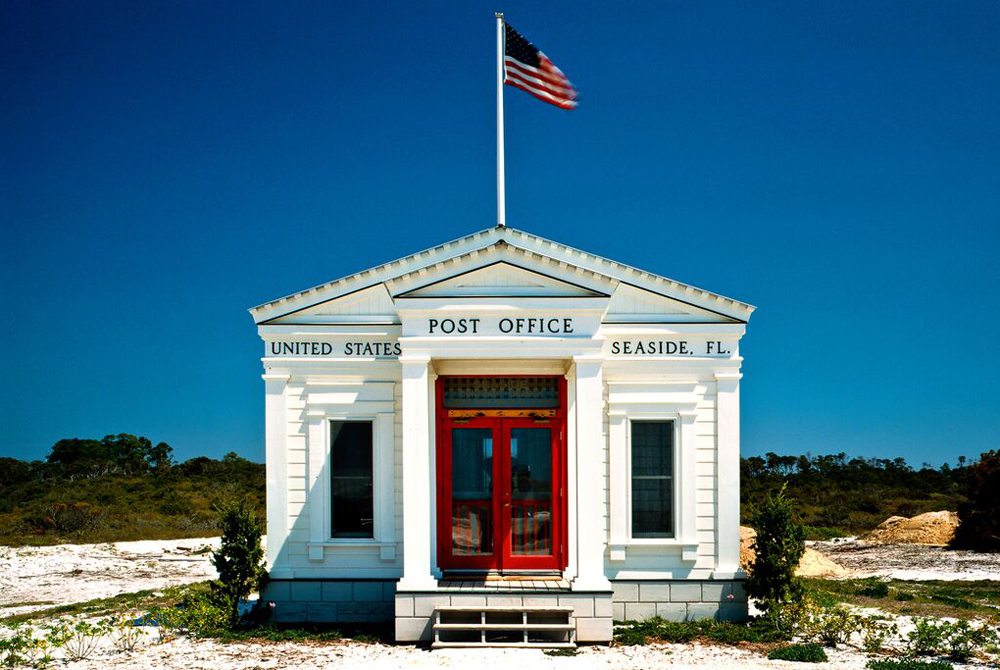 When the post office was built almost 30 years ago, it was only the second civic building in Seaside. Photo by Seaside.

Just over 30 years ago, a post office was established in Seaside to offer a sense of place and lend credibility to the fledgling community.

Seaside founder Robert Davis’ aim was to create the perception that the community was “real” at a time when Seaside and surrounding communities were just beginning to emerge.

Last week, Seaside held a ceremony to mark the buildings thirtieth anniversary. What once stood regal in an empty field has now become one of the most distinctive structures in South Walton, arguably one of the most-photographed post offices in the world, and has become an important civic and social element for Seaside and surrounding communities. Its services are nearly the same as its parent post office in Santa Rosa Beach.

Check out this interview with Seaside’s Founder Robert Davis:

Davis designed the post office with the help of Robert Lamar, an interior designer from Pensacola, and the American Vignola and the Builders Companion, two of a number of handbooks and manuals of the 19th and 20th centuries that carpenters and masons used to build competent classical buildings.

Master carpenter Terry Londeree built the post office, and it was the second civic building to be built in Seaside.

“It did seem to me that having a post office would be an important symbolic element in establishing Seaside as a town,” Davis said. 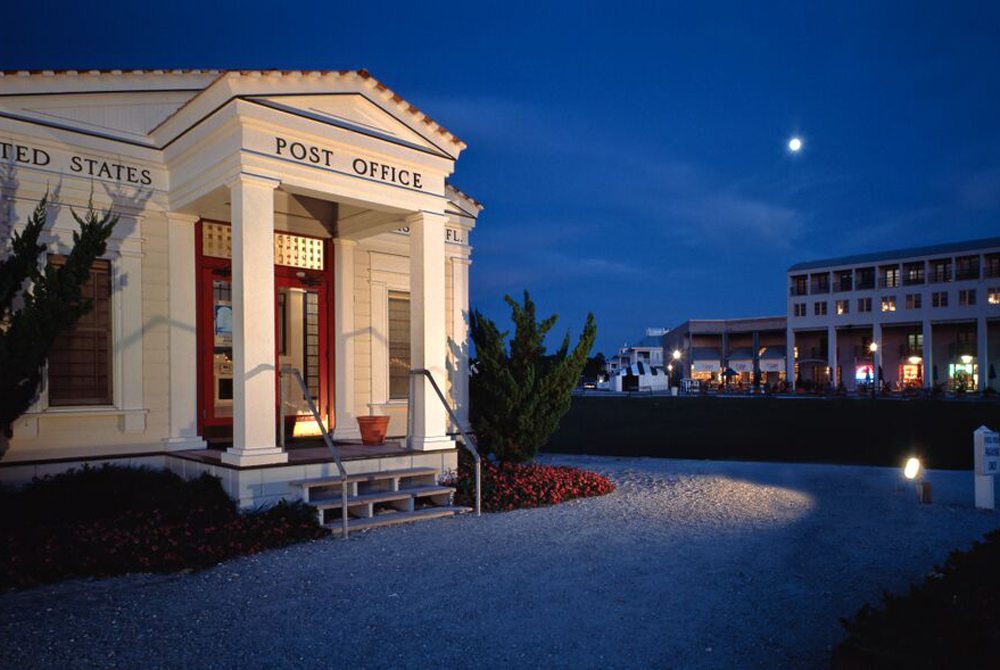 Pat Day, post mistress for almost 30 years, said that Davis’ aim to give the town a common gathering place in the form of a post office is part of Seaside’s charm. “His good vision has come to fruition.”