Shannon Mustipher Adds a Fresh Twist to Tiki - 30A 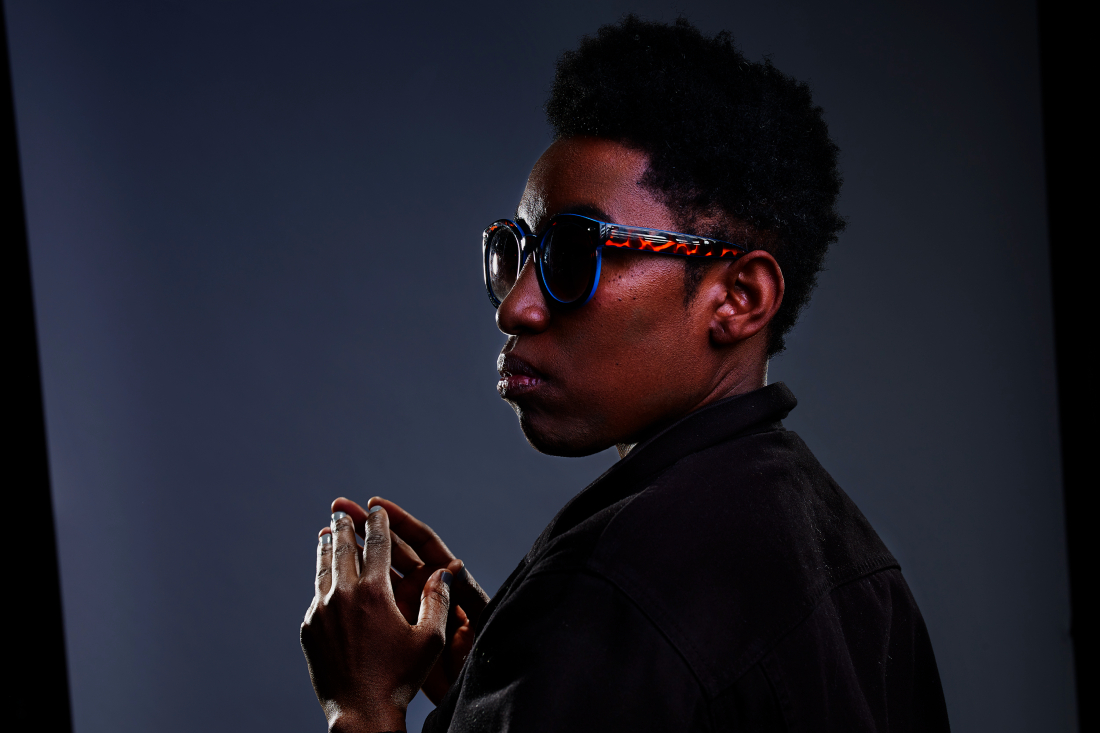 Tiki: Modern Tropical Cocktails is a stunning homage to the tiki genre that honors Shannon Mustipher’s love of history mixed with transportive tropical recipes sprung from her creative endeavors with quality spirits and fresh ingredients.

But Mustipher is more than her IACP Best Book in Beer, Wine, and Spirits award or her 2020 Pioneer Award from Tales of the Cocktail Dame Hall of Fame. She is a force with a deep knowledge of spirits, a curious explorer willing to experiment with flavor profiles, and a generous soul changing the industry through her work with Women Who Tiki, a community of women bartenders she brought together, who share her passion for tropical drinks.

And her musical taste is as fresh as her drinks.

Your book puts forth a blueprint for modern tiki cocktails. How do you see the genre as a whole evolving? 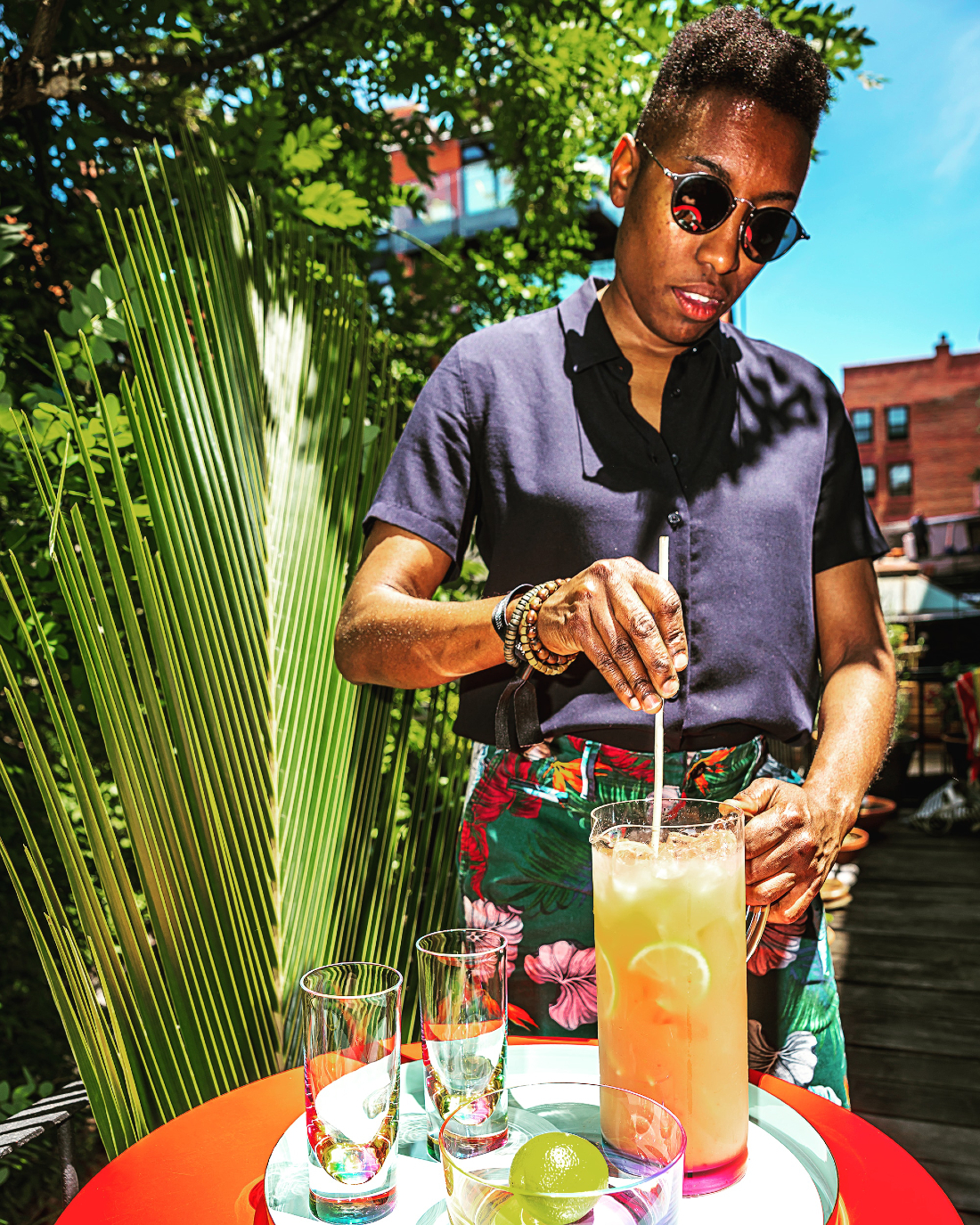 Mustipher: What I’ve noticed over the last four years is the emergence of tropical beach bars. Those programs may have tiki drinks on the menu but maybe focus on a nautical theme or yacht rock. I think people like the escapism of tiki. It happens to be packaged in the form of a romantic Polynesian idea from the 1930s.

As Prohibition wound down, Don the Beachcomber (considered the founding father of tiki who claimed to have invented the Mai Tai, Zombie, and Navy Grog) was looking for something exciting and cool to serve people. He traveled the Caribbean and fell in love. And society was thirsty for escapism because we were going through the Depression. Tiki offered that.

I think it’s important to realize escapism back then meant Polynesia, but as we become more globalized, tiki is more about a relaxed tropical vibe—it’s not tethered to one place.

In your intro to Modern Tiki, you mention your mission is for rum to be seen as an exemplary mixing spirit. What do you love so much about it? 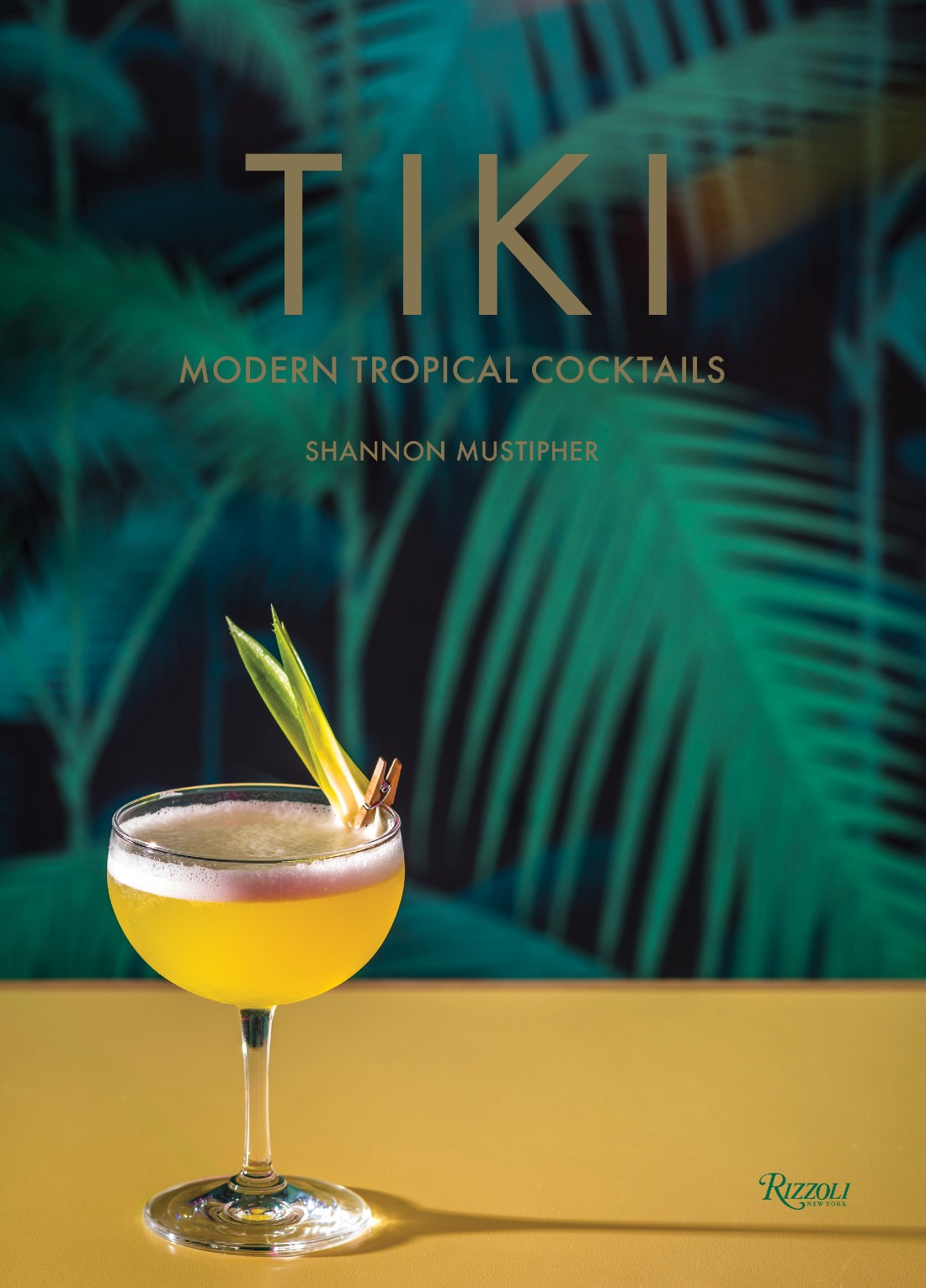 I love the diversity—there’s a rum for everybody. You can produce it in over 90 countries, and there are cultural variations depending on your part of the world.

I love how wine is diverse, and I think rum can be the same in a way other categories can’t because most are confined to very specific geographic regions. Mezcals, for the most part, are from Oaxaca.

Tell me about “Women Who Tiki.” 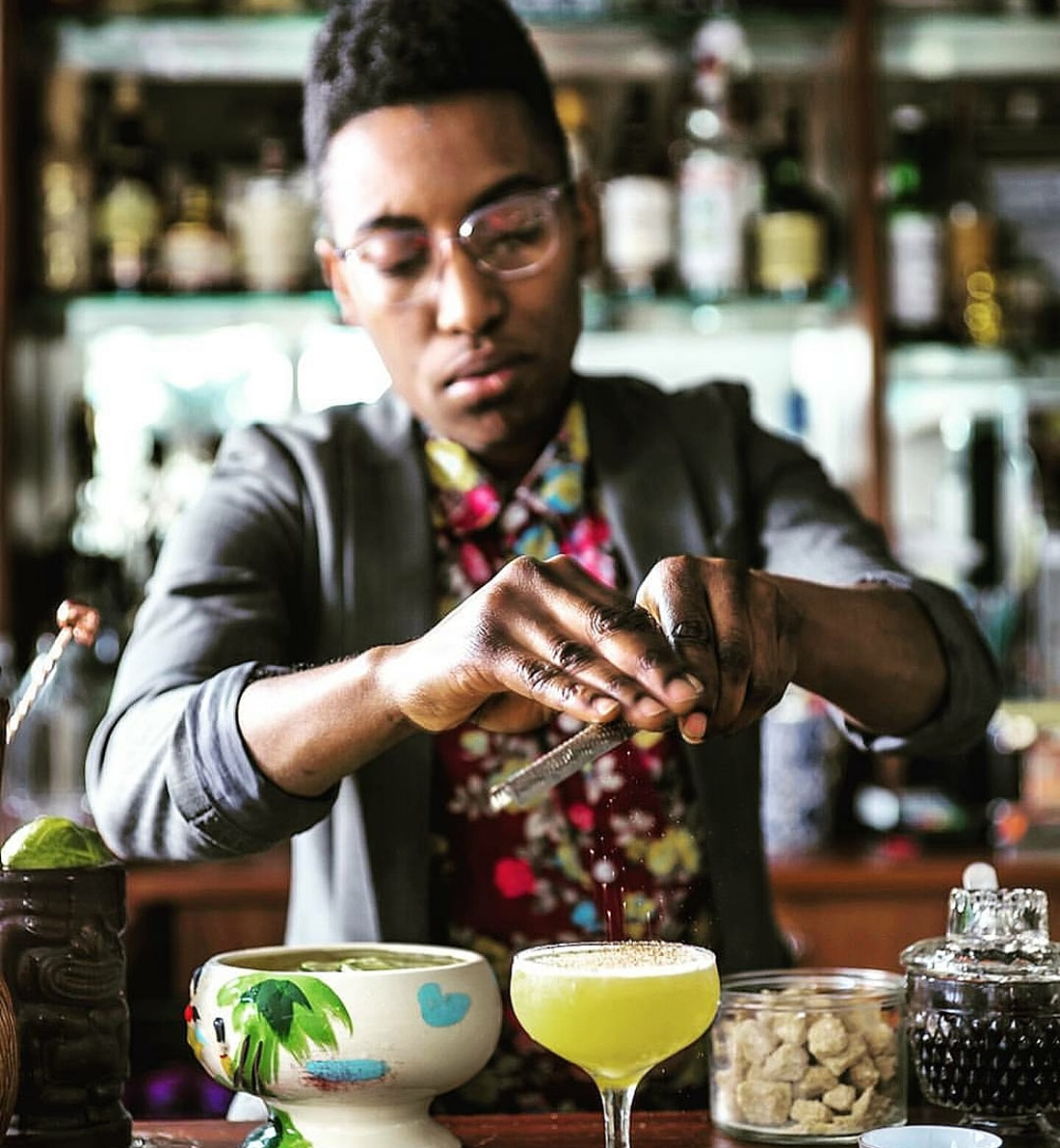 We just relaunched in Brooklyn. It was such a fantastic event. Women Who Tiki started as an idea to promote my book, but it became an opportunity to highlight talented women bartenders whom I admire and respect.

For the first event, we had five guest bartenders each introduce a recipe, and it was such a good pop-up. The atmosphere at the event was joyful. When the book came out, I had eight or ten events in various U.S. locations. We took a break for COVID, but this week, we came back.

I’ve seen so much hard work on the part of the bartenders, and I’m proud of what they’re doing. Brands are into it, and consumers love it. I want to continue to offer that opportunity to people. Give the people what they want, as long as you want to keep doing it, is the motto.

Then the big question is, how do we make an impact? So far, Women Who Tiki has been more about networking events, but I want to cover charitable causes and focus on mentorship and professional development for women in the bar industry. It’s not just about cocktails. It’s a whole culture, and any cause helping people and welcoming people aligns with the essence of tiki.

The Mai Tai is my favorite tiki cocktail, and you have two recipes in your book: one for the classic and one for the S.O.S. What makes it special? 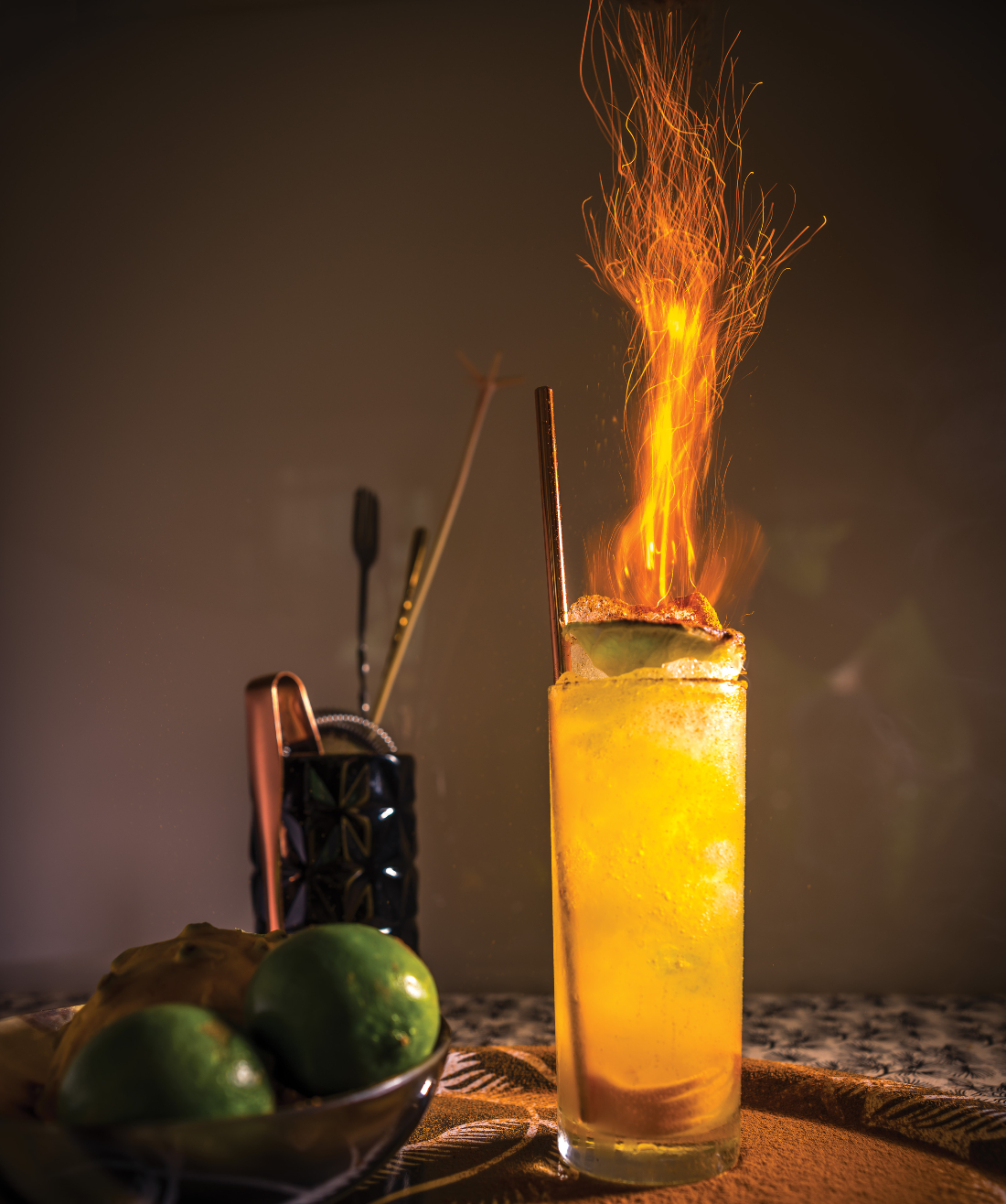 It was the first drink I put on the menu at Glady’s Caribbean in Brooklyn, New York, where I was the beverage director; it was also the bar I first developed tiki cocktails for. I had a copy of Potions of the Caribbean by Jeff Beachbum Berry, and it has a history of how rum-based drinks developed. It felt relevant to what I was doing at Glady’s, because I wanted a program that highlighted the category and showed what was good about it.

I had this obsession with the Jamaican pot still rum Rhum Agricole, and I love Guyana rums as well. So when I saw recipes in the book calling for a split between those two, I jumped on the challenge. I wanted the Mai Tai on the menu because I wanted Agricole in front of people. It’s a wonderful category that doesn’t get enough love.

Can you tell me about your new ready-to-drink (RTD) cocktail? 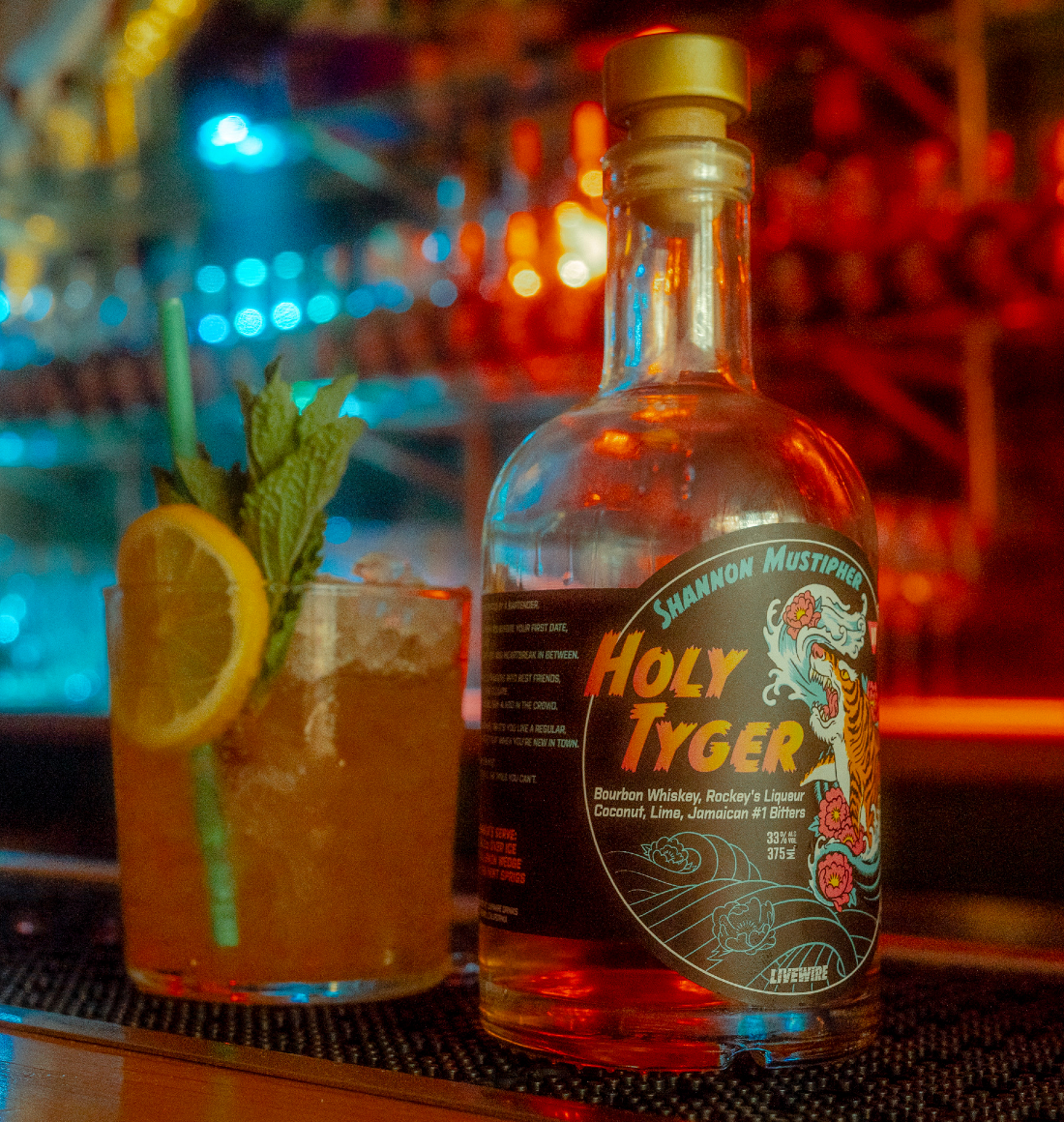 It’s called Holy Tyger. It’s a tropical riff on a whiskey sour adapted from the Tigershark cocktail in my book. It was a creative collaboration where Aaron Polsky and the team at Livewire were very receptive about incorporating my thoughts on everything from recipe to art, and their rendition is delicious. Spoiler alert: we’re going to do merch that rocks, like satin silk bombers with the graphic on back.

I’ve seen bartender playlists, and I love that you included music in the book. What song inspires your mixology?

Oh, wow. How about I give you two polarities? One would be a Billie Holiday song, or somebody moody when I’m making something like martinis. And on the other end, there’s this DJ Duo from the Bronx, Kenny Gonzalez and Louie Vega, called Masters at Work.

It’s not well-known except in house circles, but in 1997, they produced an incredible compilation album called Nu Yorican Soul. It sounds so fresh. They wanted to capture the eclecticism and diversity of sound in Upper New York’s Puerto Rican and Dominican community. It’s got India, Tito Puente, and DJ Jazzy Jeff, and it’s endured for over 20 years.

Finally, what’s your favorite cocktail from the book? 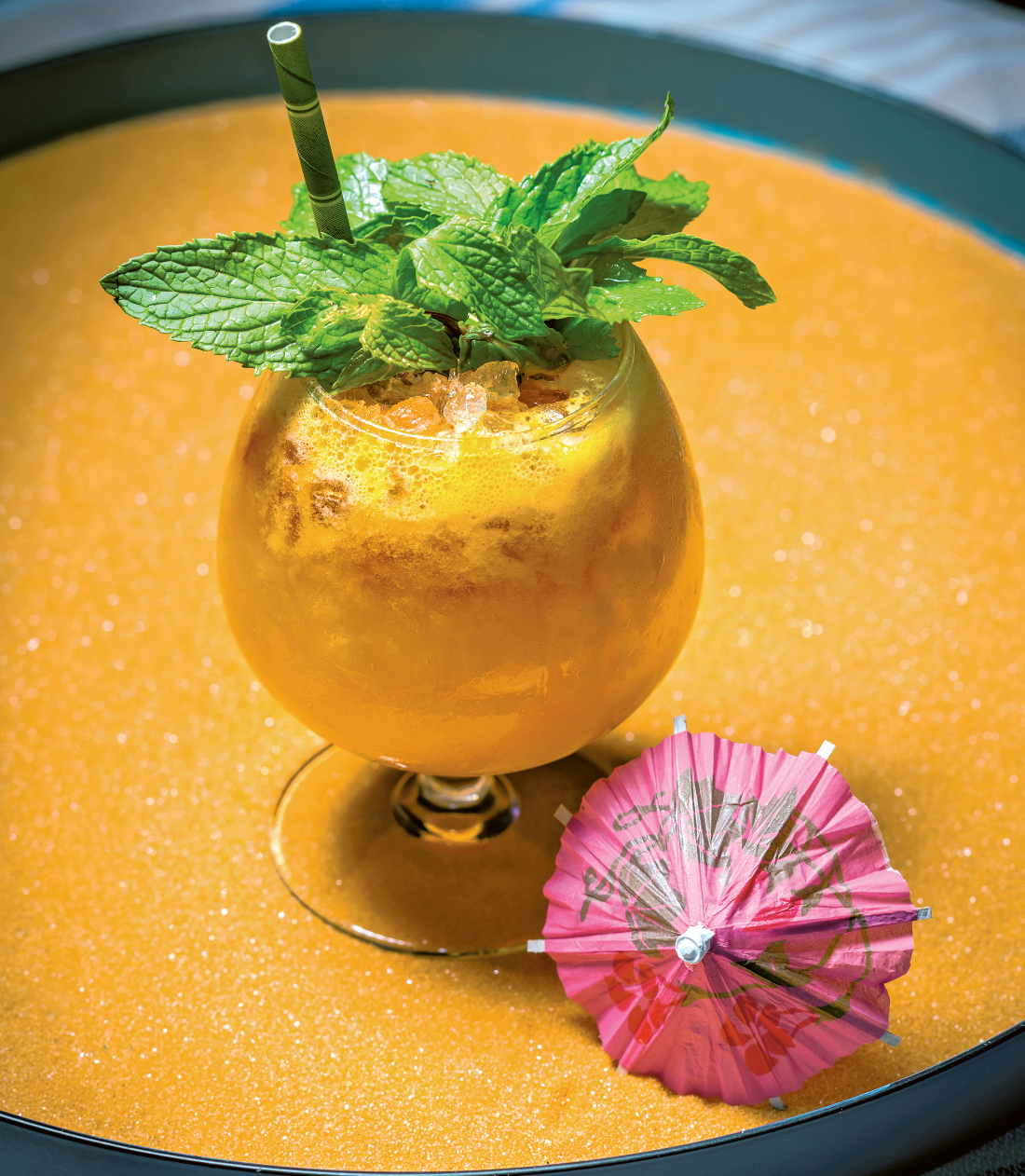 Oh man, I love all my children. I love the Kill Devyl Reef. It encapsulates my objective when I’m making a drink. It’s a big hit in all my pop-ups, the name is fun, and when people see all the rums, they’re like, “Oh I’m going to try this!” It’s delicious, not polarizing in any way, shape, or form, but it still has enough je ne sais quoi. I like quasi-boring drinks with a dash of something that makes you say, “Oh, wow, I like this!” The Kill Devyl Reef is like a pumped-up Navy Grog or Rum Punch—so good, so fun, and strong.

To learn more about Shannon Mustipher, her book Tiki: Modern Tropical Cocktails, and her pop-ups for Women Who Tiki, follow her on Instagram @shannonmustipher or @womenwhotiki.