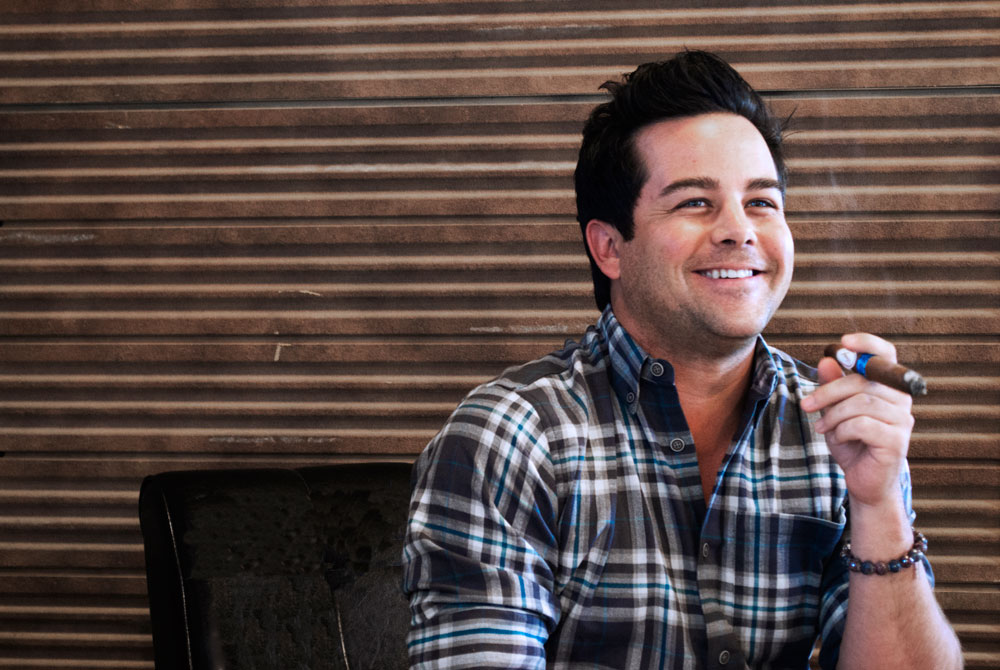 Paul Copeland of Shore Thing Cigars at The Hub

“I still feel like I’m living a dream,” Copeland said with a big grin, taking a puff of his cigar. “When am I going to wake up?”

Transplanted to the Emerald Coast from Nashville just shy of two years ago, Paul Copeland, 32, has settled into his new life along Scenic Highway 30-A as co-owner of Shore Thing Cigars. Naturally, Shore Thing garners some buzz surrounding his famous co-owner, but Copeland’s authentic passion for cigars and for creating a down-home sense of fellowship is the driving force behind this laid-back lifestyle lounge.

Copeland remembers following his father, riding his tractor with cigar smoke billowing behind him, and cigar boxes stacked in the family’s barn. Cigars still bring to mind those times, a sweet and savory nostalgia of the father-son bond.

Copeland and his father enjoyed their first cigar together at age 21, a celebratory occasion at Caesar’s Palace in Las Vegas. He marks the moment as “my transition from child to man.” 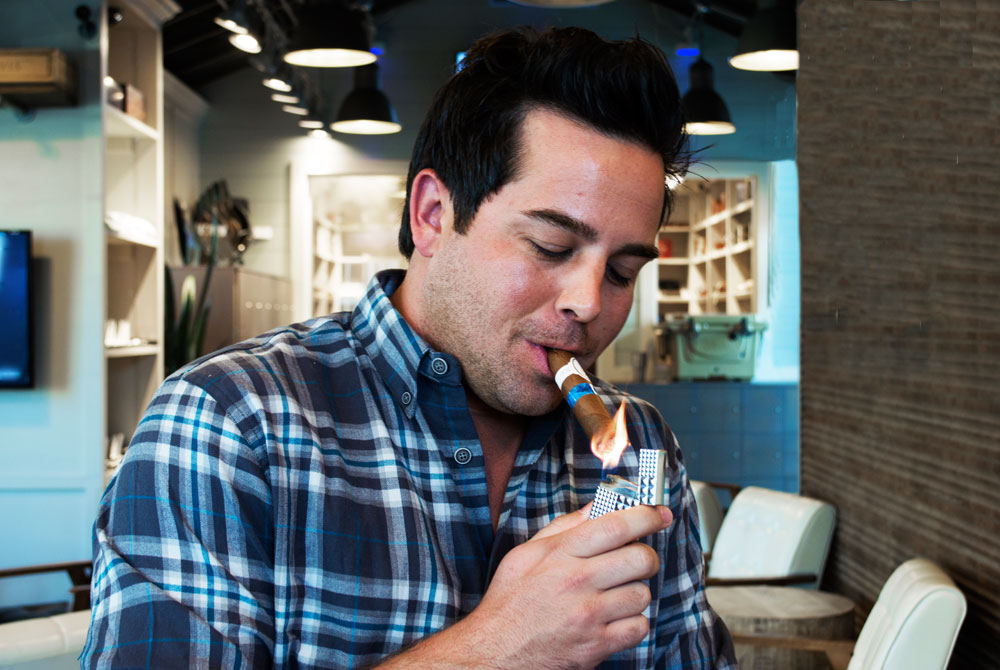 Growing up and attending an all-male high school in Columbus, Ohio – those years when a sense of belonging are currency – Copeland created community amongst his teenage crew with a cigar club. Every Thursday, he and his buddies sat around the card table in their school ties, shooting the breeze at the “man’s spa,” as he called it.

With every cigar communion, he was building camaraderie.

Cigars were woven into the fabric of Copeland’s childhood and adolescence. And although his career aspirations were in construction management, he was slowly and unknowingly creating visions of a place where relationships and bonds would fuse over the enjoyment of hand-crafted rolled tobacco. 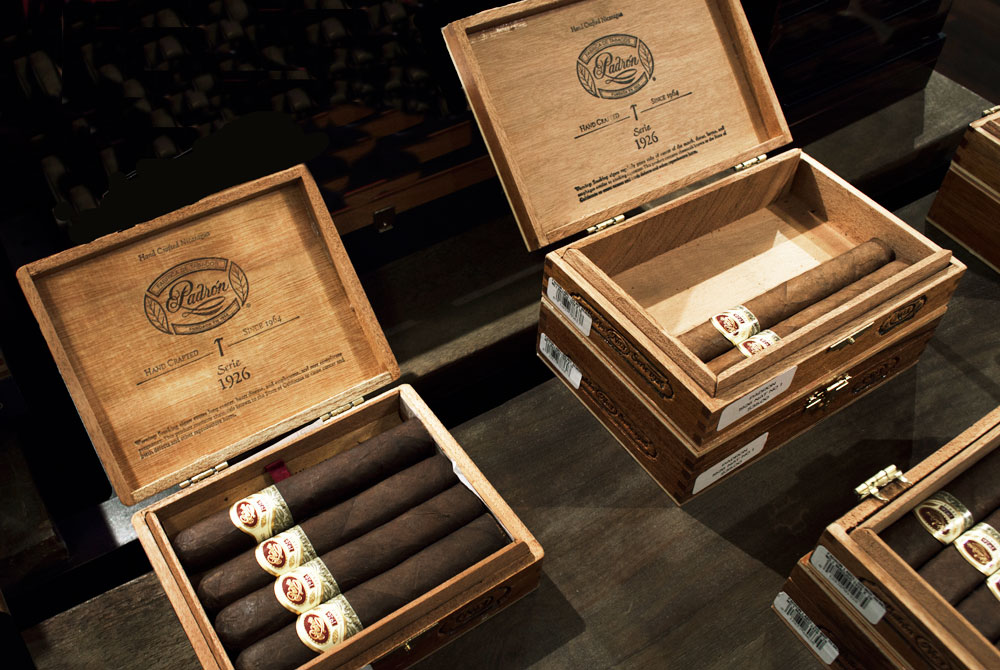 The goal was to graduate college and, once his corporate America dues were paid, set up a tiki shop and sell cigars in retirement. Copeland says his blessing came thirty years earlier than expected. The goal now? “Dream bigger,” he said.

Copeland credits Nashville-native Dave Ramsey as one of his biggest influences.

“He told me, ‘Don’t underestimate prayer.’ That advice created the building we’re sitting in,” said Copeland. It’s the building where he slept on the sawdust-covered floor to prepare for Shore Thing’s soft opening on June 30, 2016. Every day, from 6 a.m. until early morning hours, Copeland had his hands full-time in the design and build-out.

When asked if he had doubts during the process, Copeland grinned and said, “I didn’t have time to have doubts.”

In April 2016, Shore Thing’s paperwork was finalized. In May, Copeland finally got his hands on the keys to his new, and rather empty, space. On June 29, around 9 p.m., Copeland called his business partner, Luke Bryan, to ask if he’d like to see the shop. It was ready. 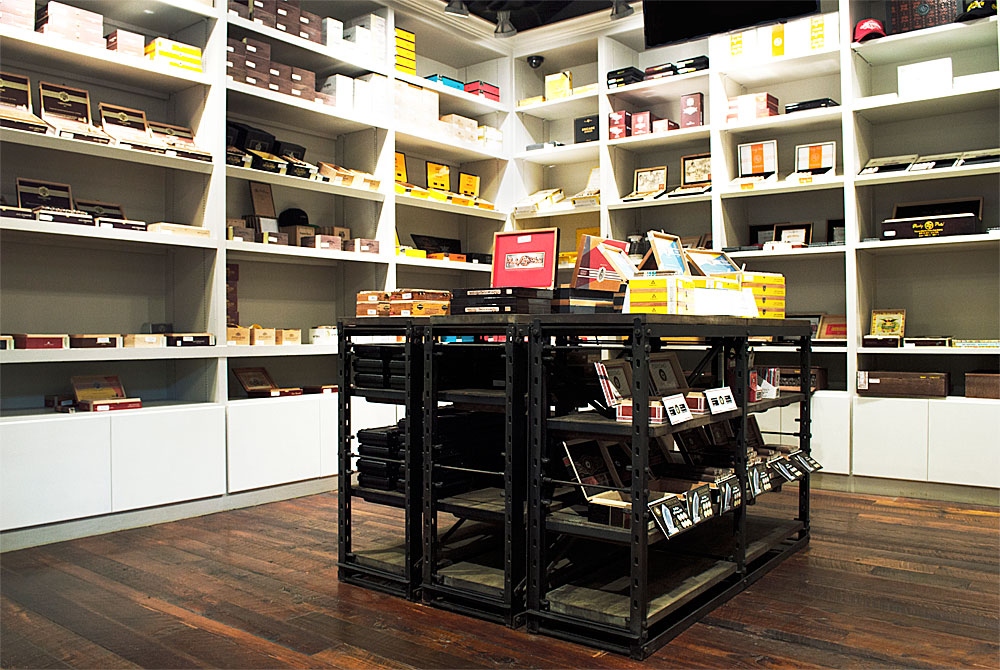 Copeland said the build-out process happened almost as fast as his business partnership with the famous country star. After establishing a friendship in Copeland’s first cigar shop in Franklin, Tennessee, during one of Bryan’s routine visits, Copeland matter-of-factly asked him what he thought about opening a cigar shop at the beach. 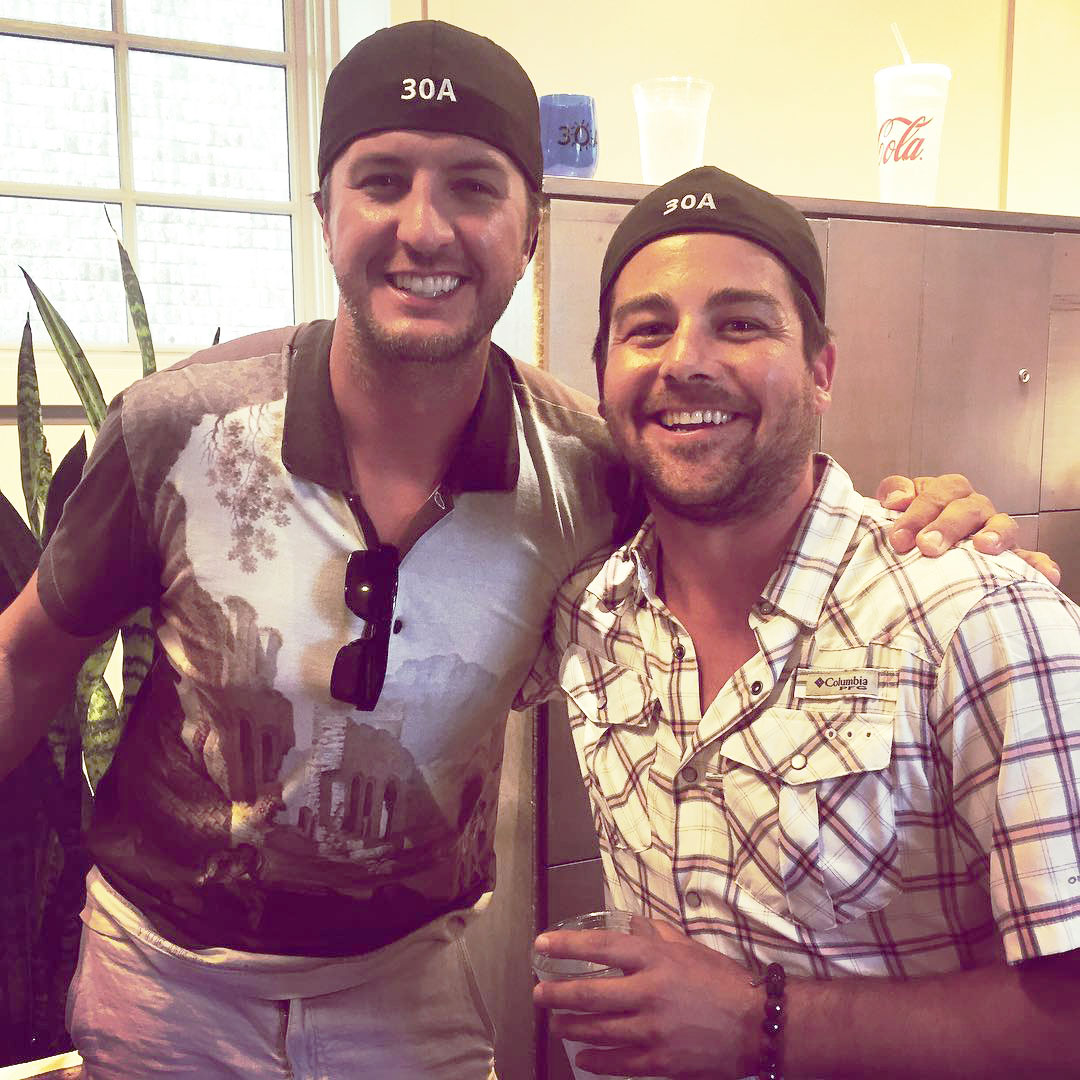 Bryan thought about it for all of a few minutes and then said, “I know a realtor.” Their initial business and marketing meeting took place as they floated and fished the Harpeth River, cold beers in hand.

“I never thought I’d go from listening to Luke’s music, to one day being the best of friends and owning a business together,” he said of partnering with Bryan.

Today, Copeland’s commitment to creating a comfortable ambience matches his appetite to provide a superior product.

“Tobacco is more of an art than a science,” he said. “There’s nothing like the touch, feel and smell of tobacco. When we visit the factories where they’re made, the employees applaud. Their livelihood depends on people like us.”

Prior to pursuing his cigar shop ventures and moving to the beach, Copeland served as a church facility manager in Nashville. Convincing his wife to move to the panhandle wasn’t a hard sell. Their inaugural visit here was to attend a wedding, and they fell in love with the area, calling it, “a melting pot of Southern charm.”

Copeland has since created “a coastal living room,” as he calls it – a lounge of southern comfort. Whether a cigar novice or enthusiast, gathering in Shore Thing unquestionably inspires a sense of belonging. Copeland pursued the passion pressed upon him by the feelings of fraternity he experienced growing up, and now he works to give it back to the locals and visitors along Scenic Highway 30-A. Despite starting his career on a completely different path, he is now truly living a life by his own construction. 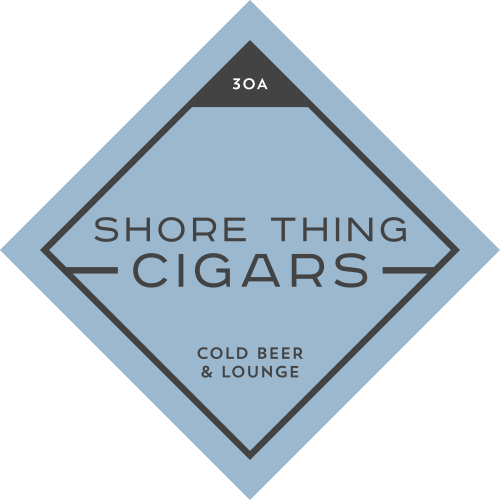 To learn more about Shore Thing Cigars, visit them at The Hub on Scenic Highway 30-A, or check them out on Facebook or on the web at shorethingcigars.com.