Meet the Rays Living in the Gulf of Mexico - 30A 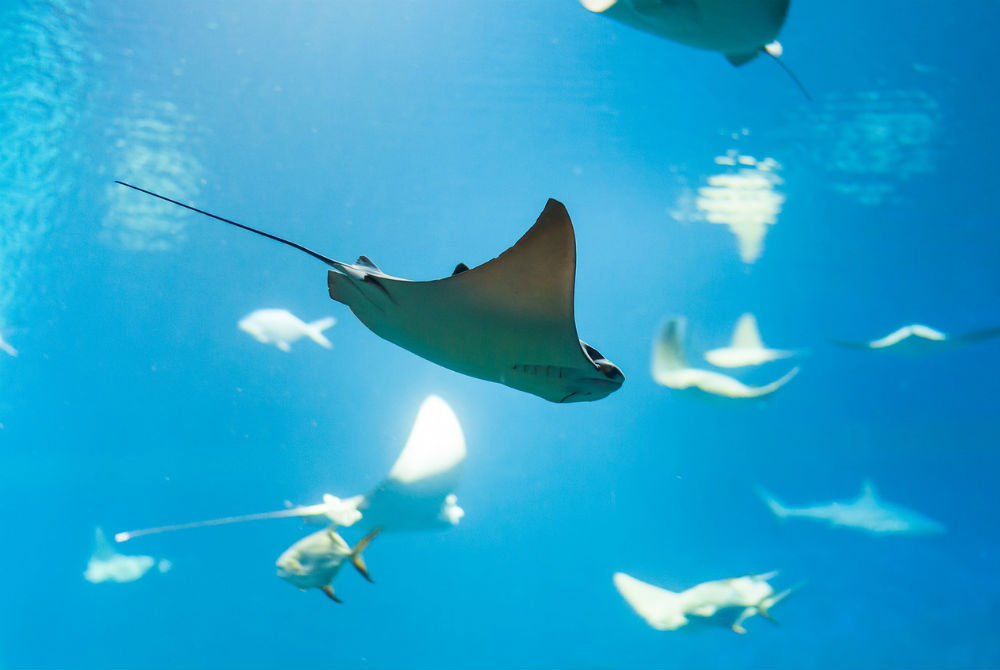 With the very first manta ray nursery in the world just discovered in the Gulf of Mexico, everyone’s talking about this magical marine species! We’re all familiar with the tropical fish, playful dolphins and chilled out turtles that call this part of the world home, but not many people know that these waters also provide a home for several species of ray.

Get ready to meet a small selection that live in the Gulf of Mexico. 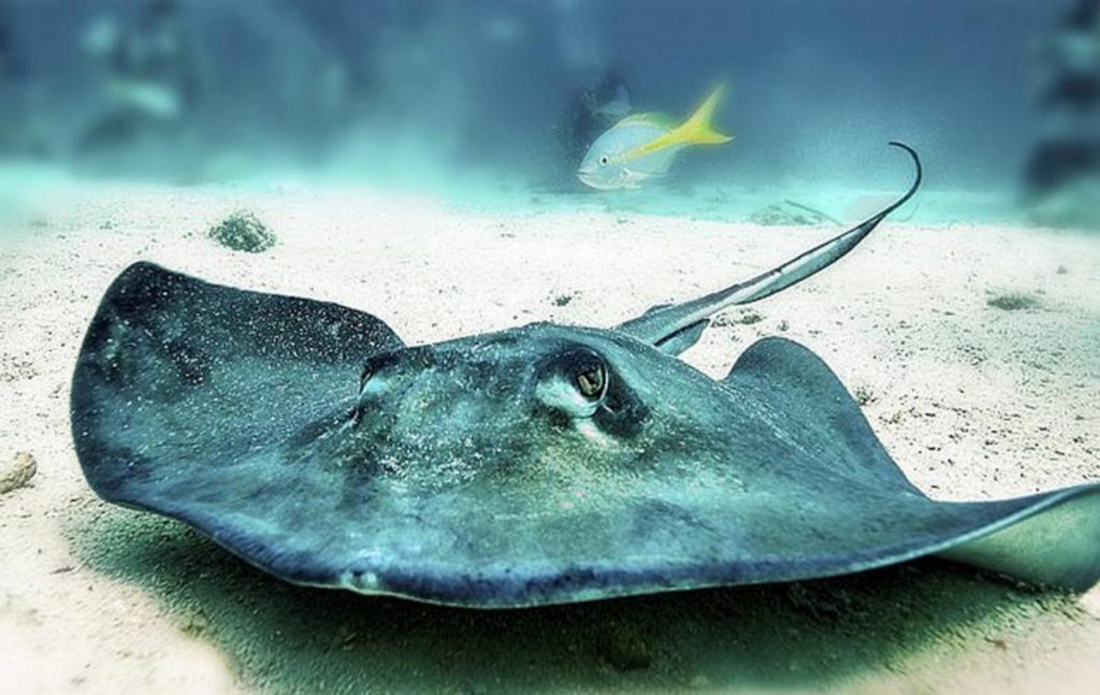 The southern stingray feels most at home in warm, shallow waters, making the Gulf of Mexico ideal. To help them stay hidden in the sand, this species has diamond-shaped disks in white on their belly and gray, black or dark brown diamond-shaped disks on their back. You can also identify these rays by their long, whip-like barbed tails.

While these might look intimidating, they’re only ever used for defence and rarely against humans unless they’re provoked.

Surprisingly, female stingrays grow much bigger than males. Females can reach around 6 feet in diameter, while males only reach 2.5 feet. Both have a maximum weight of around 210 pounds, which they grow to by eating worms, bivalves, crustaceans and small fish. Because their prey is usually buried in the sand, southern stingrays force streams of water out their mouths and flap their fins over the sand to encourage them to come out.

Manta Rays in the Gulf! 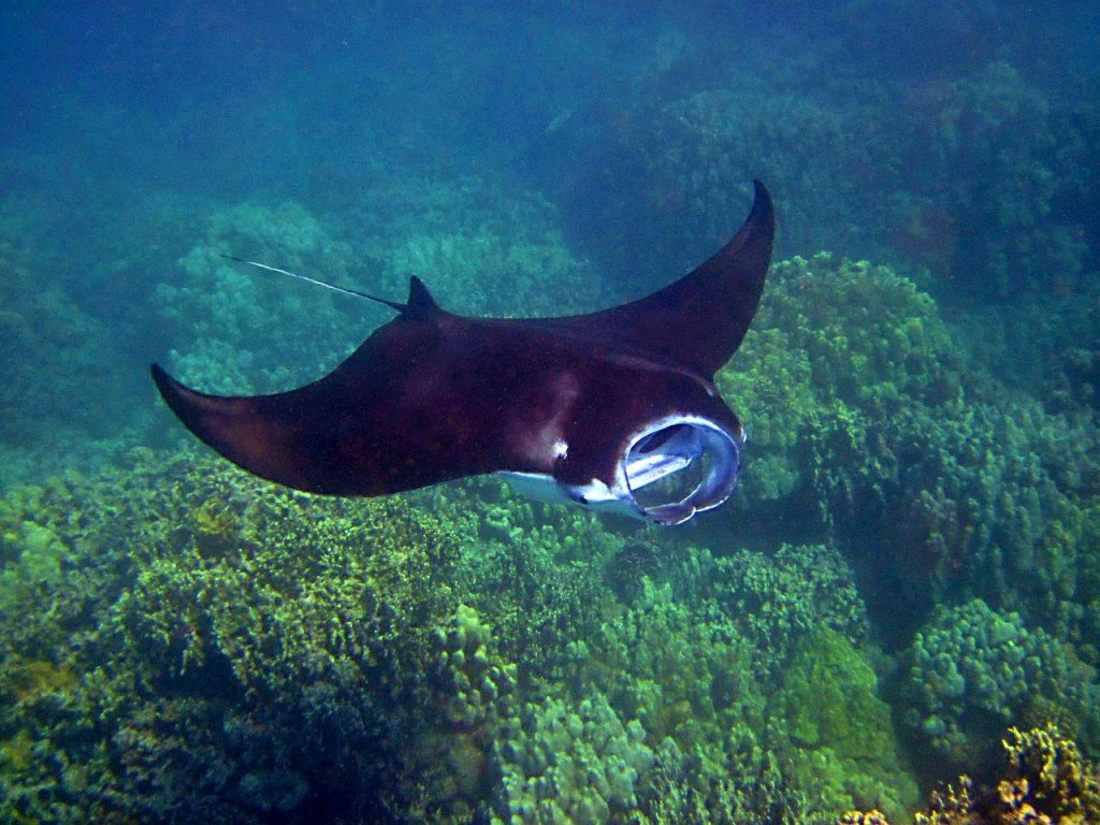 Manta rays are very flat and much wider than they are long, with enlarged fleshy pectoral fins which look like wings when they swim.

This species is sometimes called “Devil Rays” because it has short extensions that look like devil horns jutting out of its head.

Manta rays feed on plankton and other small fish which they sweep into their mouths with their fins while swimming. They look intimidating but their tales are not stingers. According to Manta Ray Island, “Although Manta rays belong to the same group as sharks with their cartilaginous skeletons, they show to be a little more tolerant to human presence.”

A fascinating discovery has just been made this year – scientists have found the very first manta ray nursery in the world in the Gulf of Mexico. Located 70 miles off the coast of Texas, this unique reef is where juvenile manta rays are taken care of for their first 4-5 years until they’re big and strong enough to go off on their own and live their lives as adults. 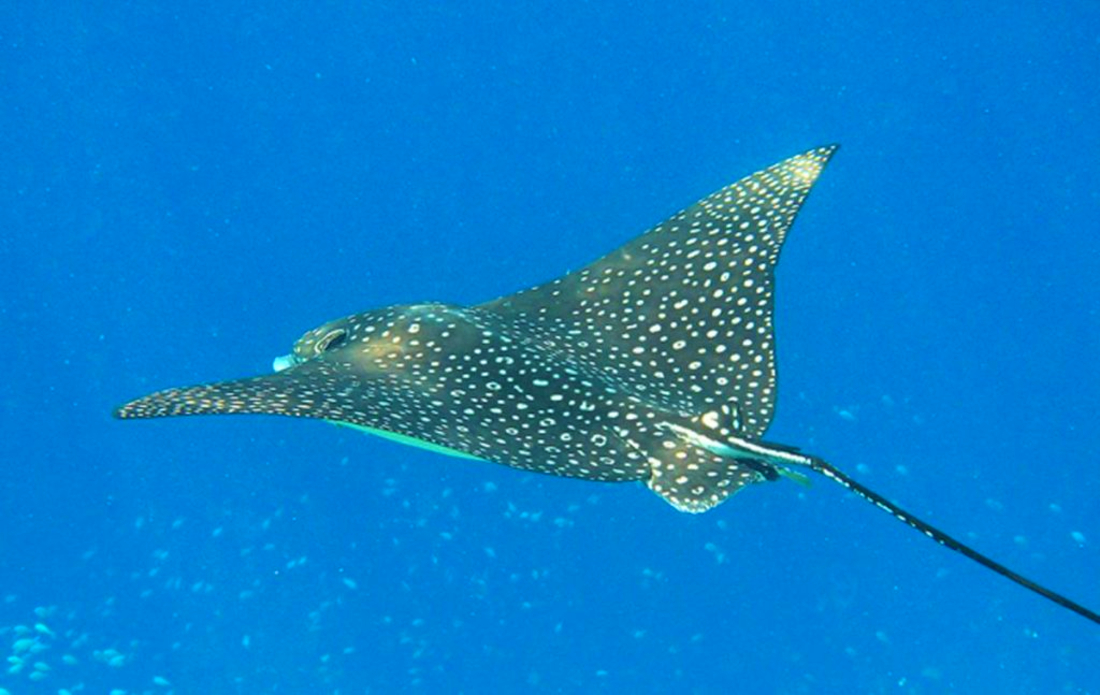 One of the easiest rays to identify, the spotted eagle ray has a dark, flattened body covered in white spots. The pectoral fins of this species are extremely pronounced and wing-shaped which they use for gliding over the ocean’s floor. The head is also very pronounced and features a beak-shaped tapered snout like a bird.

Like most rays, spotted eagle rays have whip-like tails with 1-5 venomous spines along the base of the caudal fin.

Spotted eagle rays can be huge. They can grow up to 29 feet long (including their tail) and 10 feet wide, with a hefty weight of up to 500 pounds. They maintain this impressive weight by gorging themselves on small fish, whelks, octopus, annelids, crabs, shrimp and bivalves.

Book a snorkle tour at Grayton Beach and maybe see a few of these rays yourself!

Nicola Quinn is a British freelance writer based on the island of Tenerife in the Canary Islands. During the week she knuckles down and gets the job done, but on the weekend she spends her time soaking up the sunshine on the little volcanic island she calls home.