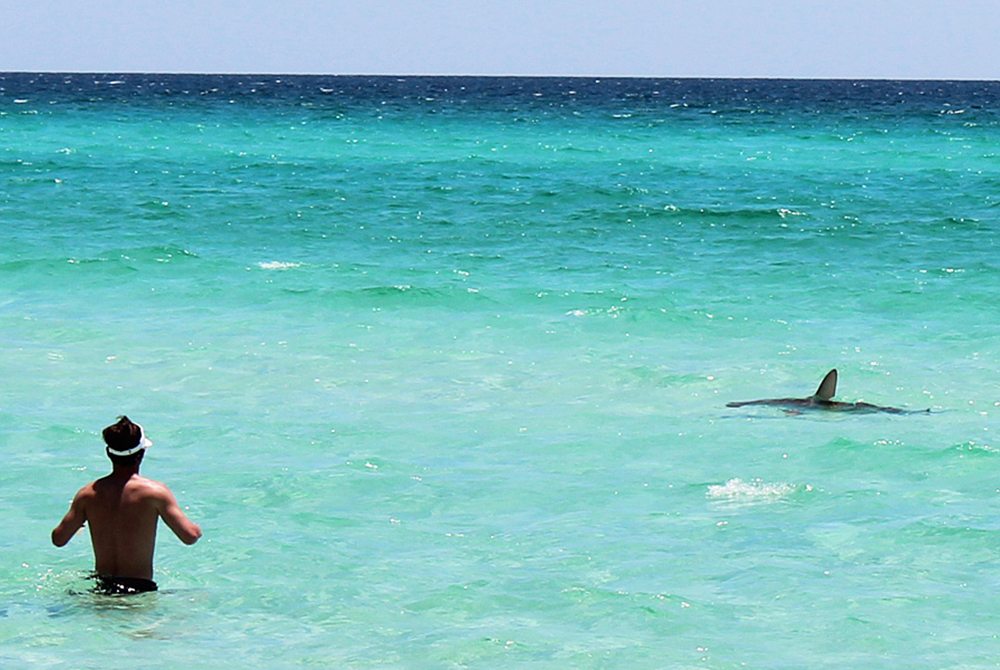 Are there sharks gliding through the emerald clear waters off the coast of Scenic Highway 30A? You betcha. But 99 times out of 100, that shadow you see slipping through the shallow waters near the beach is something far less… toothy. And even if it is a shark, they’re certainly not interested in you.

According to the INTERNATIONAL SHARK ATTACK FILE, there’s only been one documented shark attack in Walton County in the last 130 years!

Pods of filter feeding rays and dolphins are much more common here, while the truly lucky might even see a manatee making the slow transit between bays. 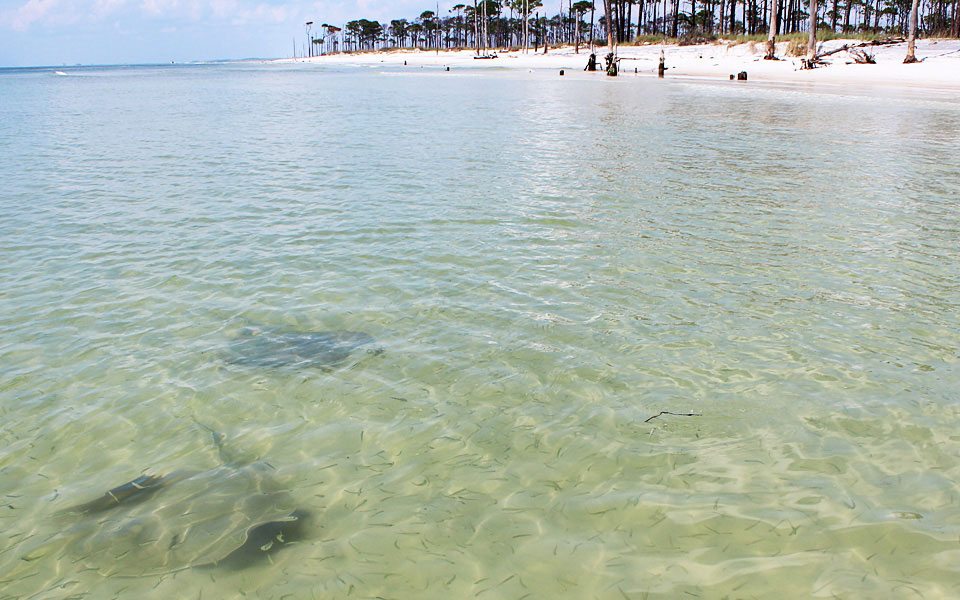 Harmless rays are a much more common sight here.

Of course, that’s not to say that there aren’t any sharks slightly south of 30A. In fact, there are many different shark species in our waters, drawn by the same high concentration of offshore fishing habitats that makes our local waters so famous among “lucky” fishermen. But consider yourself lucky if you glimpse even one of the shark species found in this area, including Sandbar Sharks, Bull Sharks, Atlantic Sharpnose Sharks, Blacktip Sharks and Nurse Sharks. (Tiger and Mako Sharks can also be found in this part of the Gulf of Mexico, but they’re less common and less aggressive than Bull Sharks.)

So, are there sharks here in South Walton? Sure. Hey… it’s where they live after all. But they certainly don’t like humans, and they rarely patrol near our beaches. In fact, shark attacks are virtually unheard of here, and if you’re worried about danger, you’ll be much better served by using a little extra caution while crossing the road, or making sure that you stay indoors when there’s lightning in the area. And of course, be sure to pay very close attention to our local beach flag conditions! Lightning and dangerous surf conditions are infinitely more hazardous to your health than our generally gentle neighbors.

Did you know that, in the entire world, there have been zero reported deaths by hammerhead sharks since the year 1580?:

One of the most amazing sights witnessed in the waters off 30A is the Whale Shark, a gentle filter-feeding giant:

Ready to book that water adventure after all? Check it out here!