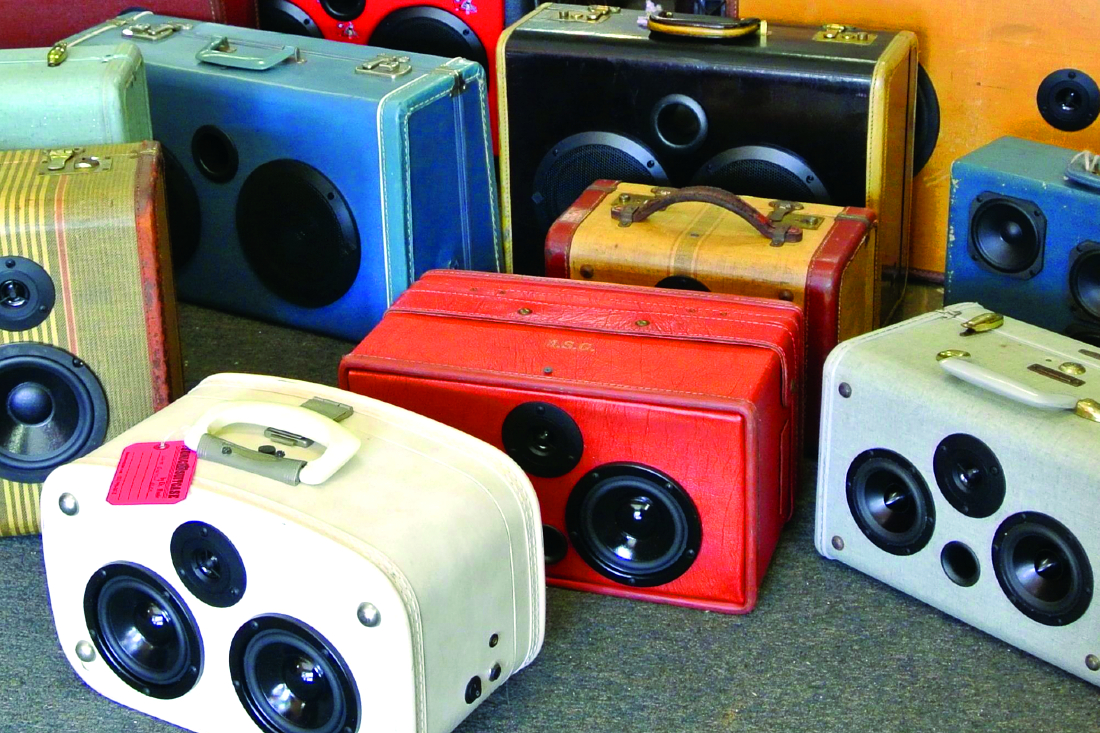 When it comes to custom vintage-inspired gear, you’d be hard-pressed to find anything more retro-cool than The Sonic Suitcase.

These custom-made labors of love actually began their lives as functioning suitcases in all shapes, colors and sizes.

But as with many things, those old family suitcases and briefcases eventually got forgotten, lost or discarded; abandoned in garages, attics, and (even worse) landfills.

But one man found a way to breathe new life into these vintage treasure chests.

The Sonic Suitcase is the brainchild of Fairhope, Alabama, native Wade Wellborn (aka “Dr. Music”), of Dr. Music Records — one of the coolest record stores you’ll ever find. Wellborn said he first came across the concept for Sonic Suitcase back around 2002 when a guitarist friend built his guitar amp right into an old suitcase. Wellborn dabbled to build a better version of the guitar amp suitcase, which eventually led him to the idea of repurposing vintage suitcases as high-end portable speaker systems. 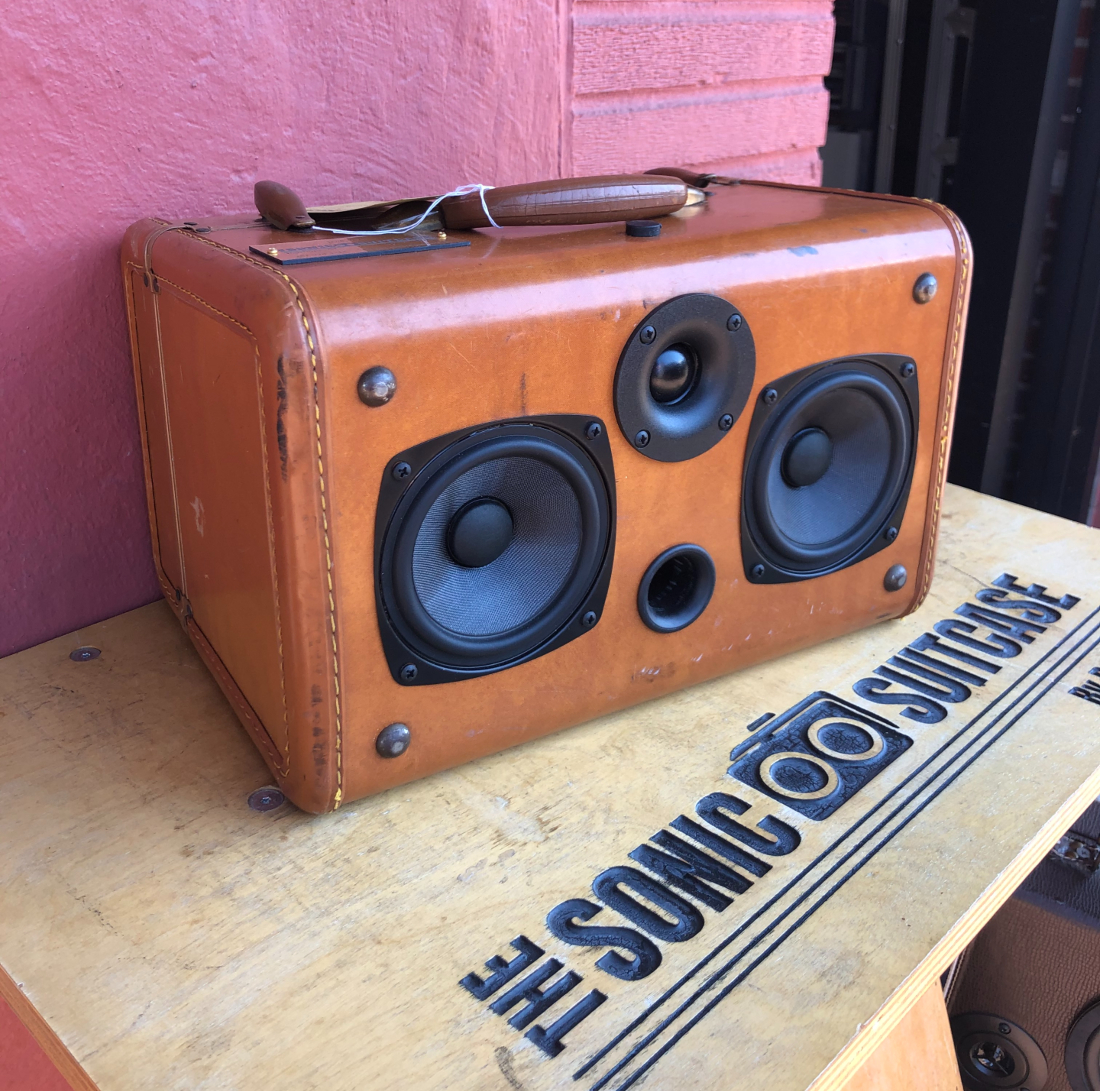 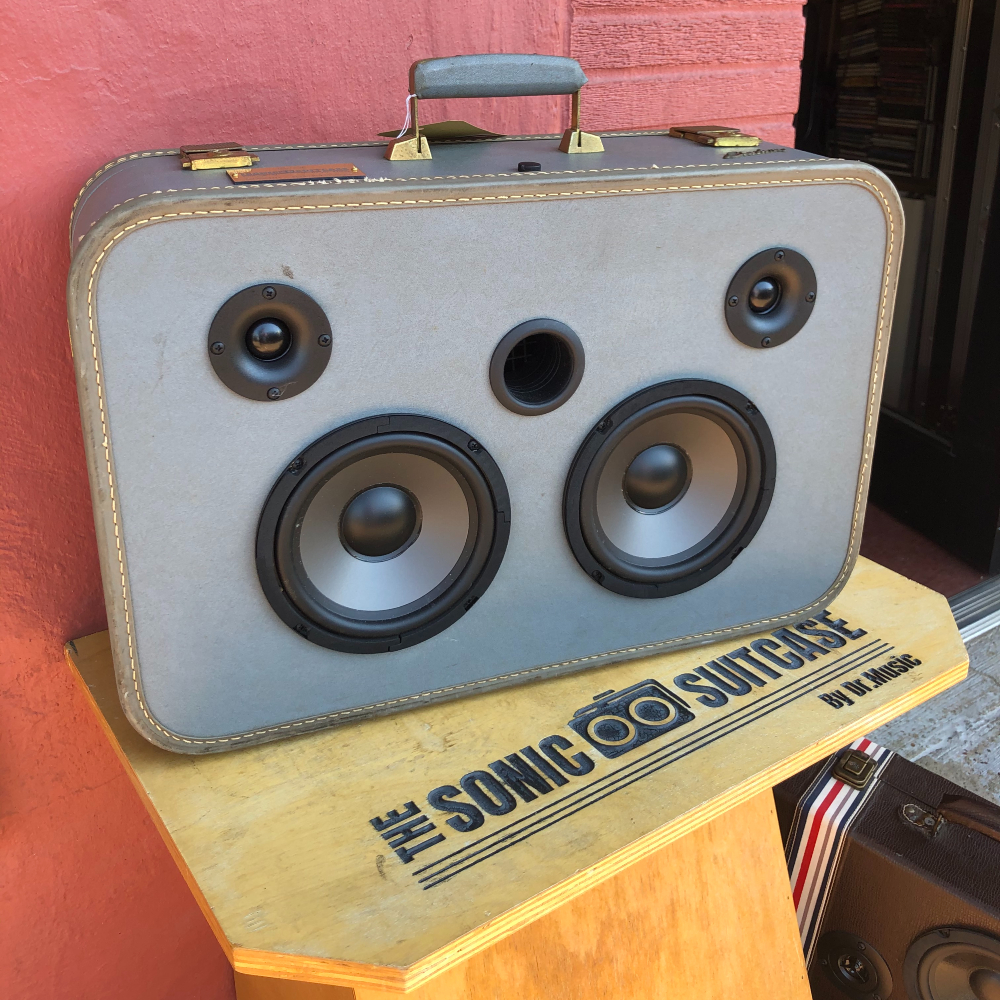 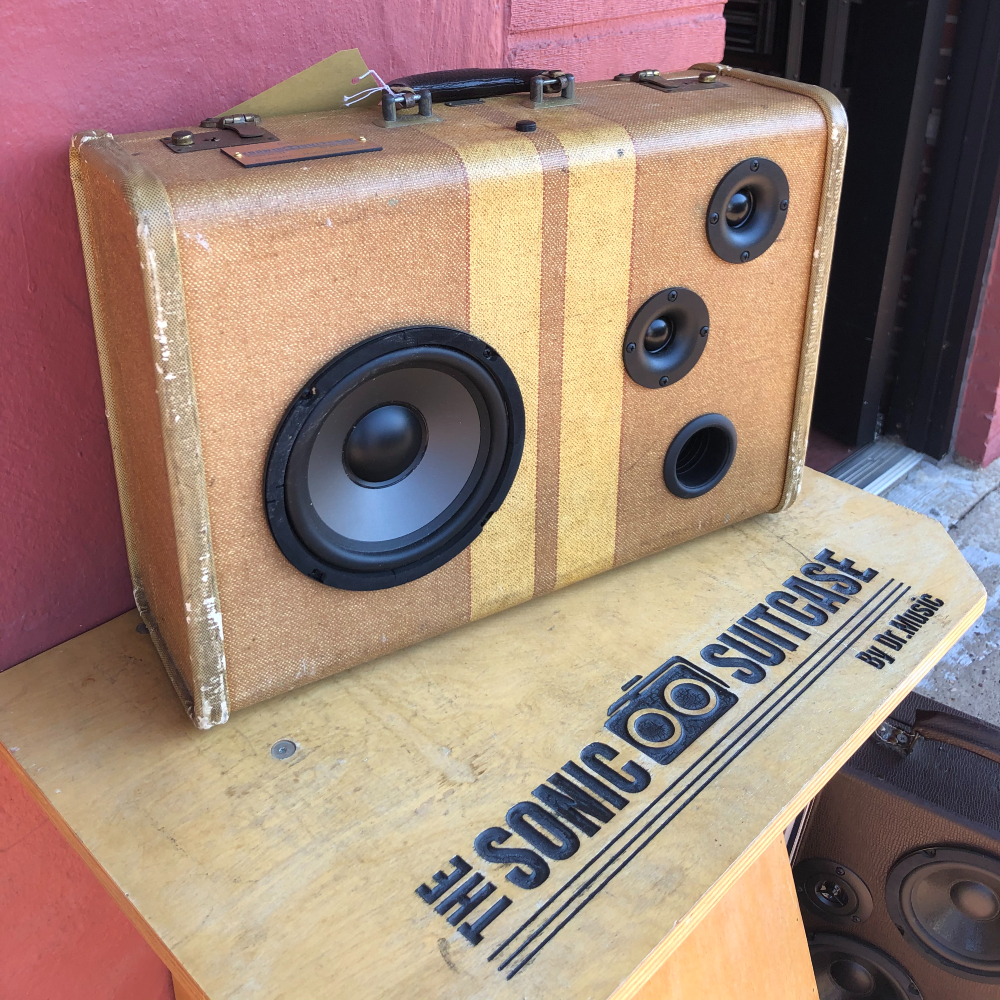 “The first suitcases I built incorporated iPods because that was what most people were using back around that time,” said Wellborn. But Bluetooth technology was quickly catching on, so Wellborn began to incorporate newer technologies in all of his builds.

Wellborn finds authentic vintage suitcases, and after a few weeks of custom work, they’re fully recycled and resurrected as unique, full-blown audio systems, complete with all the intricate details that go into high-end compact sound systems.

While there were other people doing what Wade does, most were simply sticking a speaker into a suitcase, along with a power supply and a connection.

“I knew that if I was going to do this, I wanted to do it right,” said Wellborn. “I wanted to incorporate the science of proper speaker size and enclosures, so that each unit I built sounded the best it could, and outperformed even the high-end brands of mass-produced portable speaker systems.” Of course, one downside to this extraordinary attention to detail is that it takes time; not only time to design and build each custom unit, but to source the vintage suitcase that will become each audio system’s home. 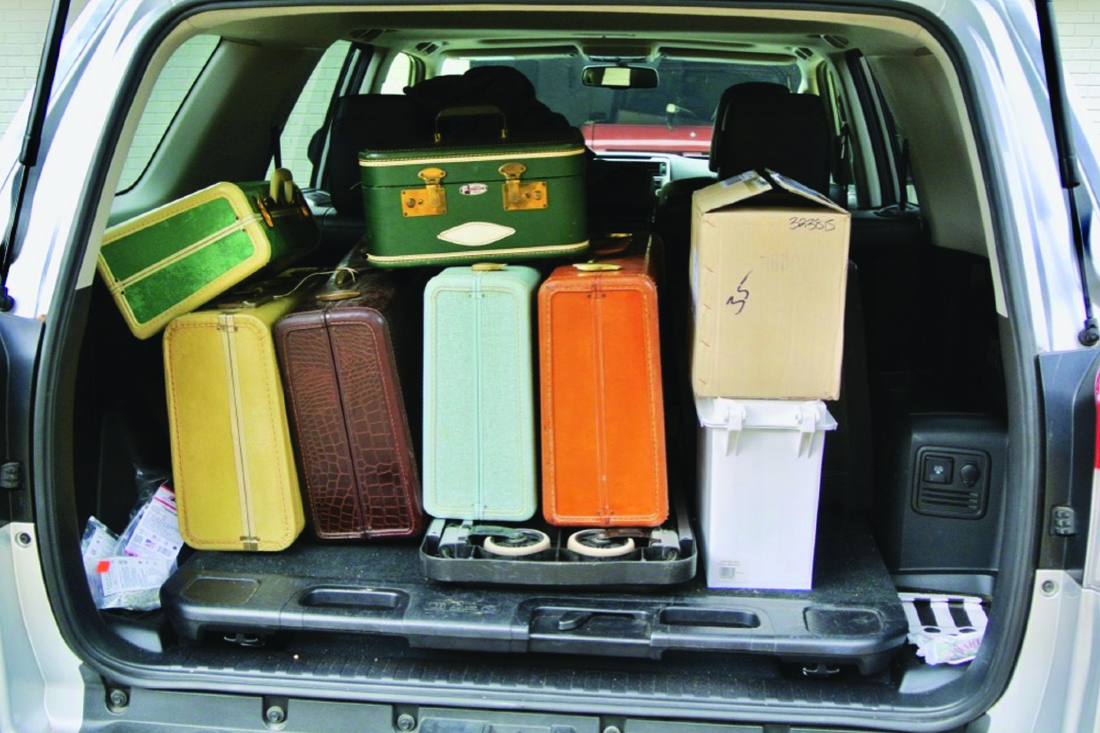 “I find most of the suitcases at antique stores and flea markets, and I only buy cases that are in good shape and have a real cool factor to them,” he said. “This is the part people see before they hear what’s inside, so it’s important to someone spending $400-$500 on a custom system that it both looks and sounds amazing. And it’s important to me too, because my name and reputation are behind it.”

From specially designed ported enclosures to crossovers and the perfectly matched speaker, each Sonic Suitcase is designed and hand-made to perform well beyond the run-of-the-mill big chain store-bought portable audio offerings.

Complete with Bluetooth technology and a built-in rechargeable battery, the Sonic Suitcase can play for six to eight hours on a single charge, and will certainly look and sound better than anything else you’ll see at the beach, pool, or party in the park.

If you’re not here on the coast, check out The Sonic Suitcase, or call Dr. Music Records at 251-990-3412 for current availability.