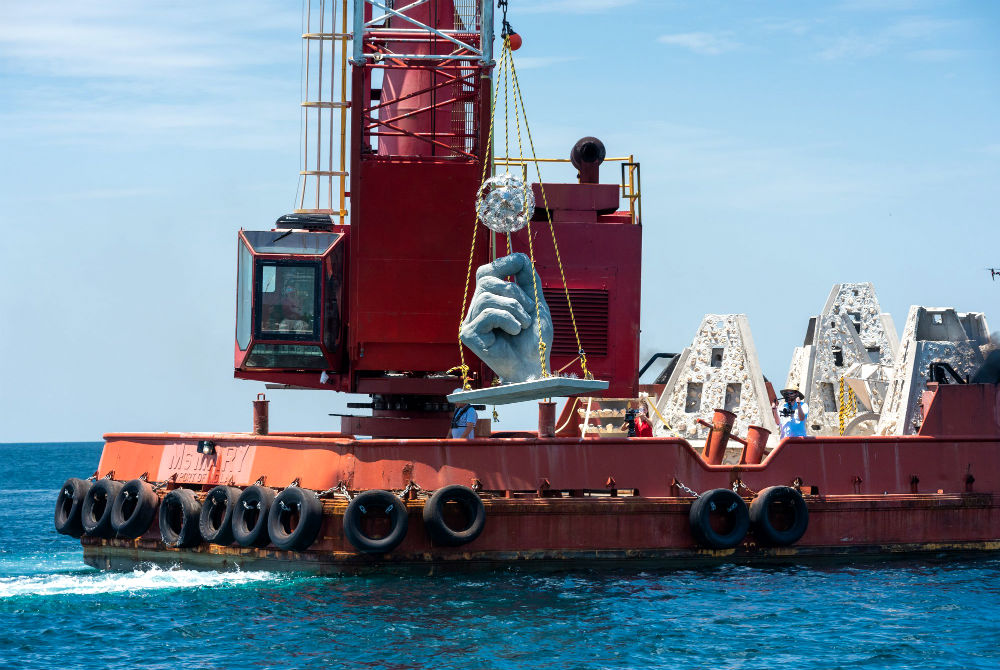 Let’s Not Blow This represents the earth as a fragile dandelion.

Our earth is as delicate as a flower, and Alabama artist Kevin Reilly replicated its fragility in his piece Let’s Not Blow This for the 2019 installation for the Underwater Museum of Art. The hand holding a dandelion serves as a reminder to our role to restore and protect our environment.

This is Reilly’s second art installment for the Underwater Museum of Art. His piece JYC Dream was part of the first installment in 2018. “It’s a completely different year and our whole attitude going into it was different,” Reilly said. “We feel very strongly about the environmental message brought forward this year. Our goal was to portray the underlying issue of our environment and how to restore it going forward.” 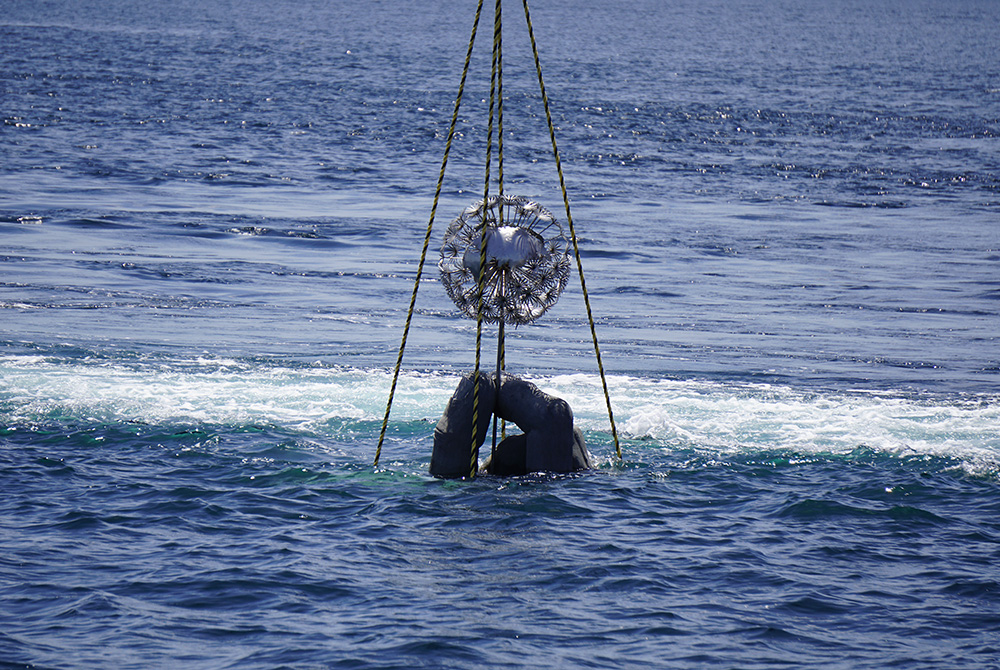 submerged into the gulf 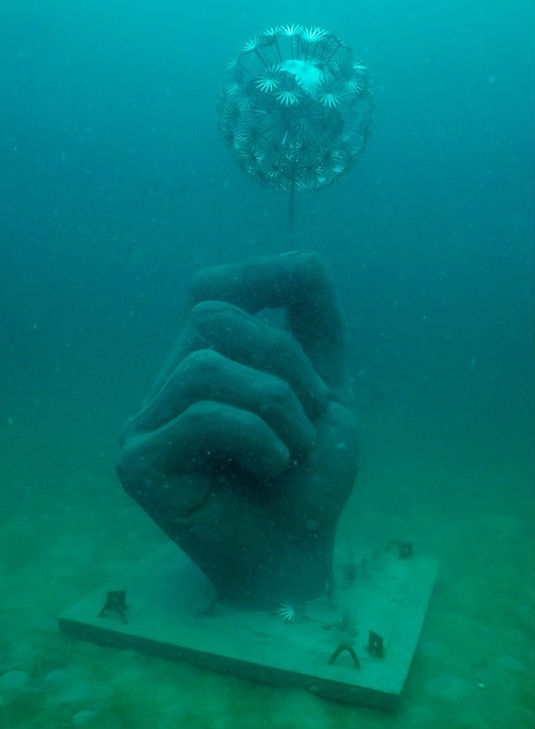 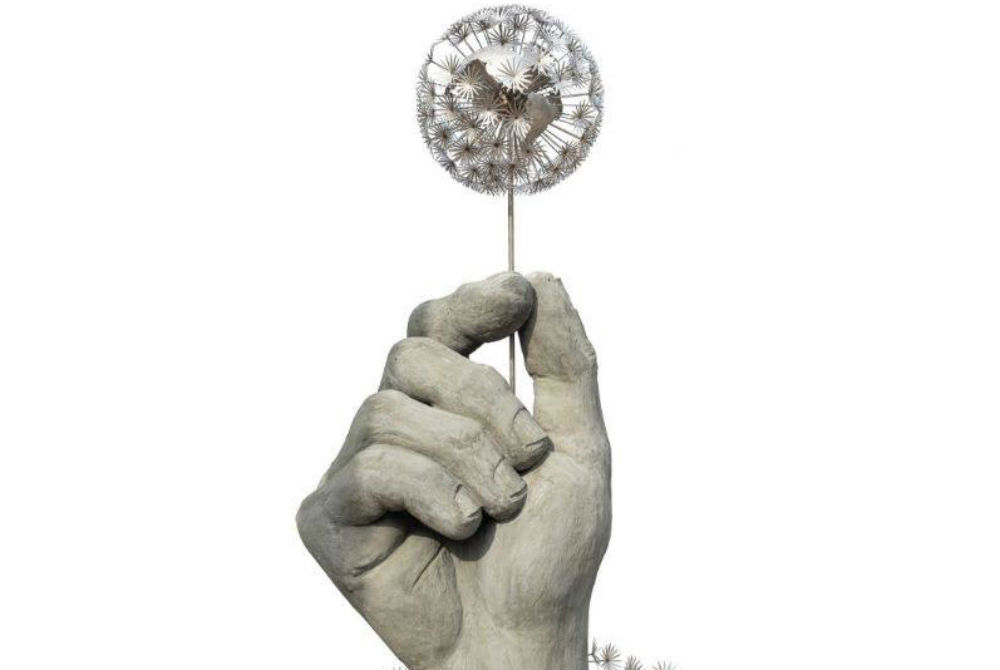 There was no exact inspiration for his piece, rather Reilly said one day the design just “popped into his head.” The dandelion represents the Earth’s fragility and the fact that we hold its welfare in our own hands.

His team of 30 people worked on constructing the piece. “Building it was a challenge, but that’s the fun of it to tell you the truth. It brought out the best in my team,” Reilly said.

The 12-foot sculpture weighs almost two tons and is composed of a coral reef safe concrete. When picking the material, Reilly considered the material’s durability against the strong currents and its impact on marine life. 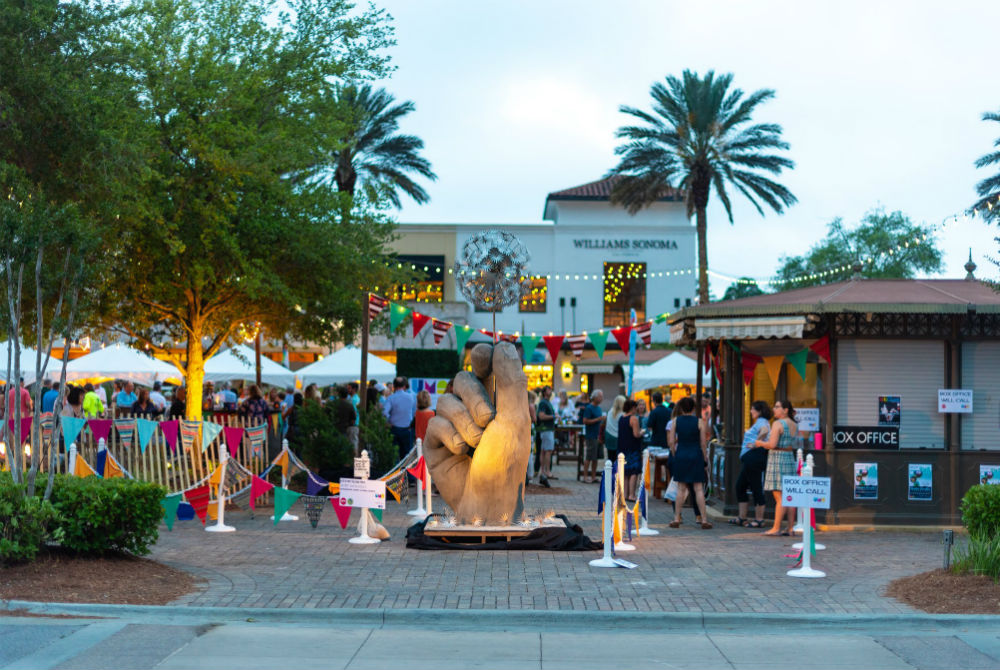 “My team was tasked with researching the best concrete type to use because some types of concrete discourage coral reef growth, so we used a special mixture with a neutral PH to encourage reef growth,” Reilly said.

Construction of Let’s Not Blow This was completed in just two weeks. Reilly’s team was busy working on other projects and just made the deadline. “It was a little bit of a crash course,” Reilly said. “I was just amazed and can’t praise my team enough for the finished piece. It looks better than my concept.” 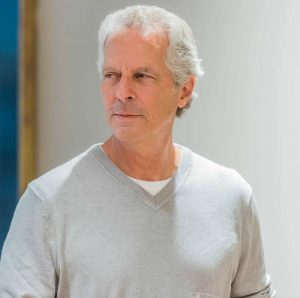 Reilly noted that it’s important for the artist submitting a sculpture to remember that the design will change due to the impact of nature and marine life. “As much pride as we take in this sculpture, we also know it will become unrecognizable in a short period of time. They become habitat and evolve quickly. You have to give up your ego there,” Reilly said.

Let’s Not Blow This is just one of 12 sculptures in the 2019 installation. Find out more information on the Underwater Museum of Art and the other sculptures under the sea.

SARAH O’BEIRNE is a summer intern with 30A. She is majoring in journalism at the University of Illinois.