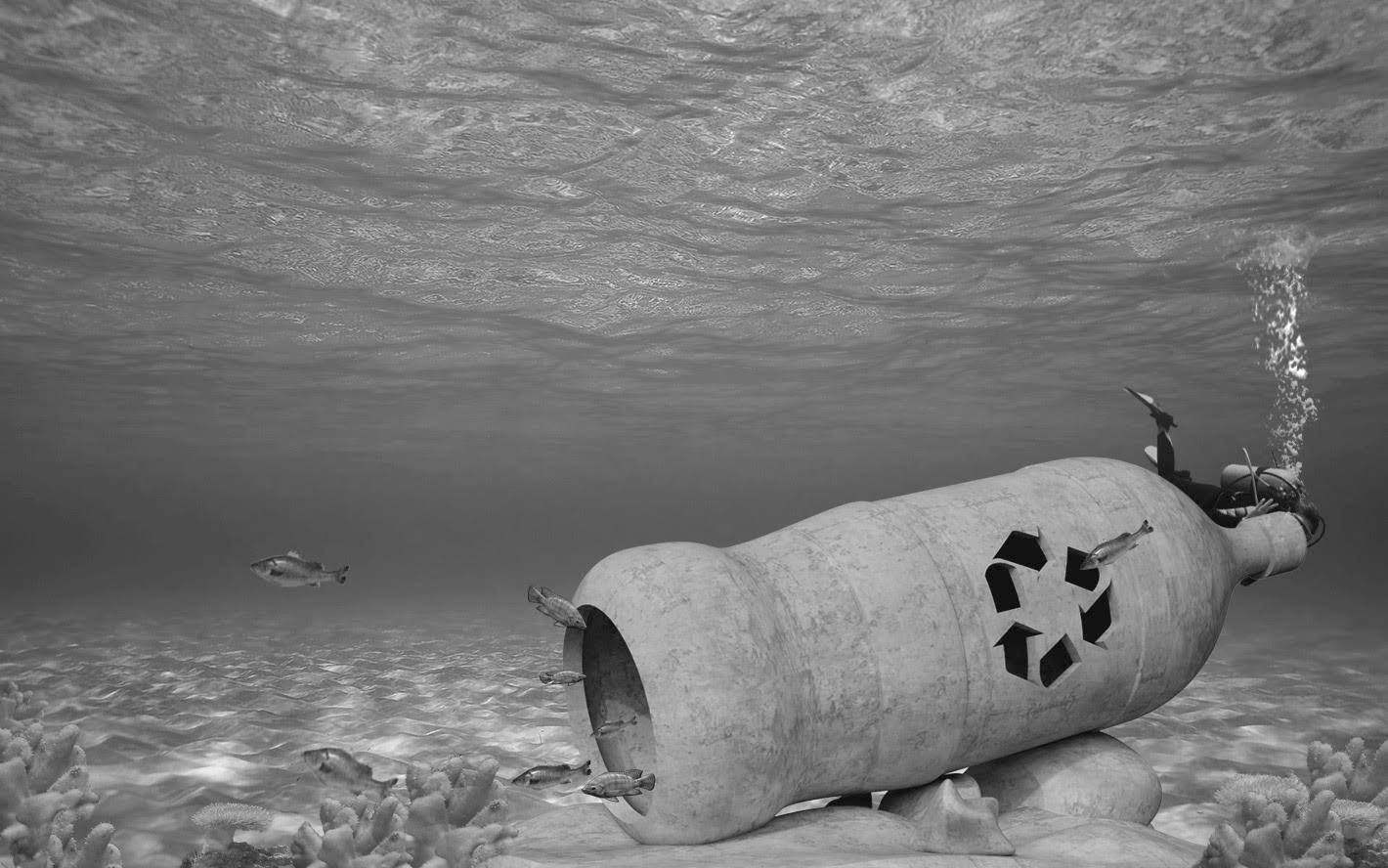 El Plastico, sponsored by the 30A Company to shine a light on plastic pollution is being deployed in February 2021

Eight million tons of plastic end up in our oceans each year. Artist George Sabra took this problem as inspiration to create El Plastico, a sculpture of a plastic bottle for the Under Museum of Art 2019 installation.

El Plastico replicates a 2-liter cola bottle and is constructed of environmentally cast concrete. The 10 ft tall structure is installed on its side on a base of large rocks as part of the artistic design.

Plastic in our oceans is responsible for the death of millions of marine animals, but this plastic bottle will help our ecosystem. Sabra designed El Plastico to be hollow to serve as a home for fish and is built entirely out of environmentally friendly material.

“The exciting part of using environmentally cast concrete is that this piece could actually help marine life flourish and aid in establishing coral reefs threatened by plastic pollution,” Sabra said. 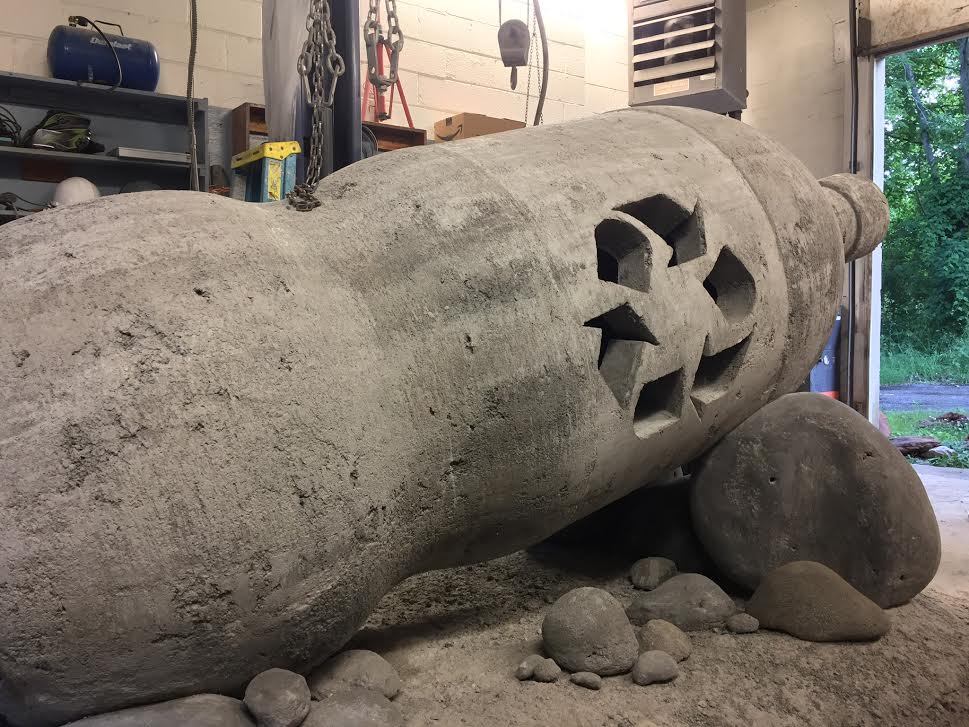 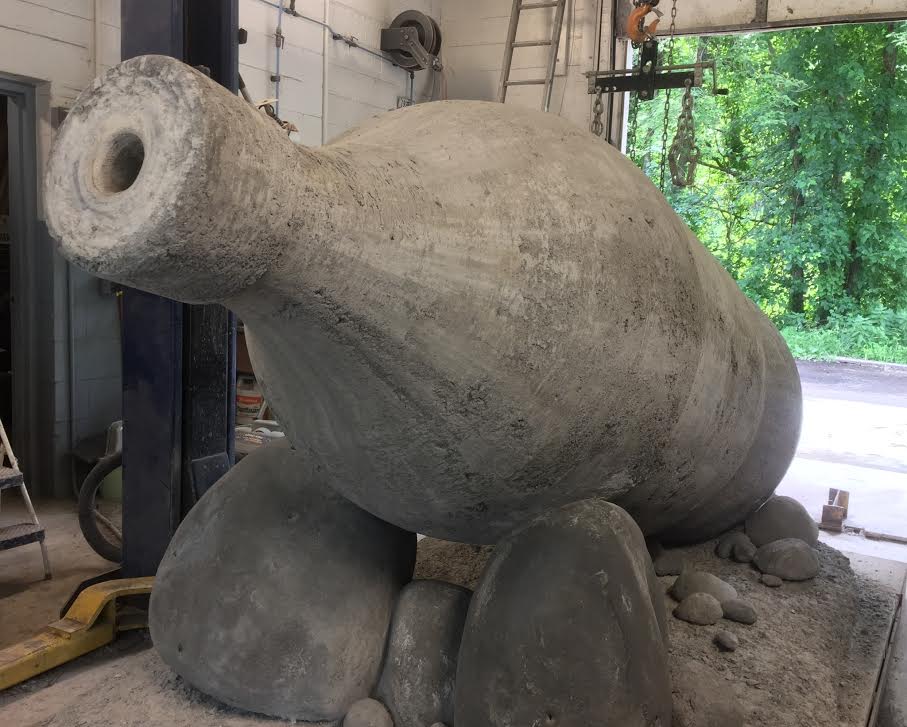 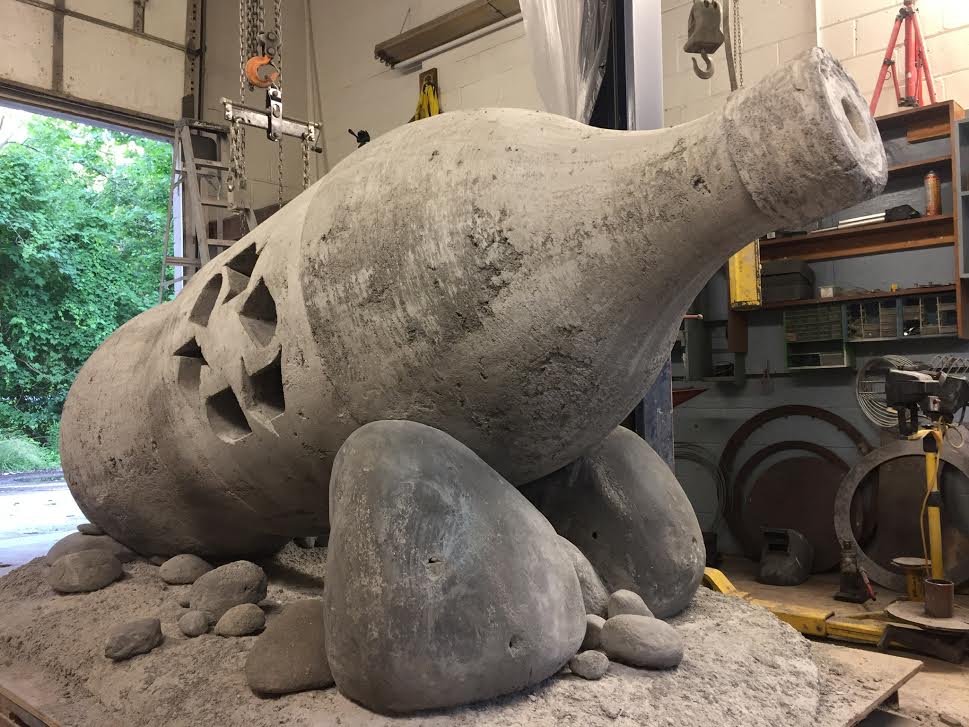 The goal of this sculpture is to encourage viewers to be conscious of their impact on the environment and raise awareness of the importance of recycling.

“I’m using the shape of the plastic bottle with the recycling logo to symbolize our consumption of plastic and its impact on oceans and marine life,” Sabra said.

As an environmental artist, Sabra has created other sculptures out of reclaimed and environmentally friendly materials. He takes inspiration from nature to create artwork that sends an environmental message. “The scope and impact of plastic pollution in the oceans are difficult for people to visualize. I hope that with a clearer picture each of us might be inspired to make positive changes in our personal approach to consumption,” Sabra said. 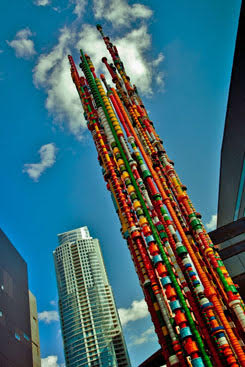 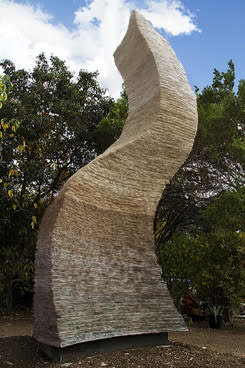 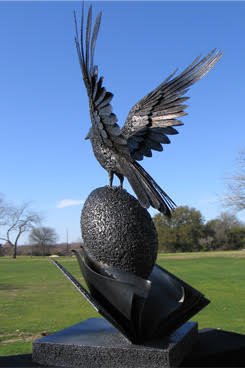 The 30A Company signed on as the sponsor of El Plastico and its mission to raise awareness of ocean pollution.

“We are proud to once again be a sponsor of the Underwater Museum of Art. This sculpture, in particular, speaks to our company’s initiative to bring awareness to plastic in our oceans as well as reduce the amount that ends up there,” said Mike Ragsdale, 30A founder and CEO.

El Plastico is one of 12 new sculptures in 2019 as part of the second installation of the Underwater Museum of Art, located one mile off the shores of Grayton Beach and 60 feet below the surface of the Gulf of Mexico.

Find out more about the Underwater Museum of Art and the other artists and sculptures found under the sea.

SARAH O’BEIRNE is a summer intern with 30A. She is majoring in journalism at the University of Illinois and loves the beach.