8 Cool Facts About Whale Sharks – 30A 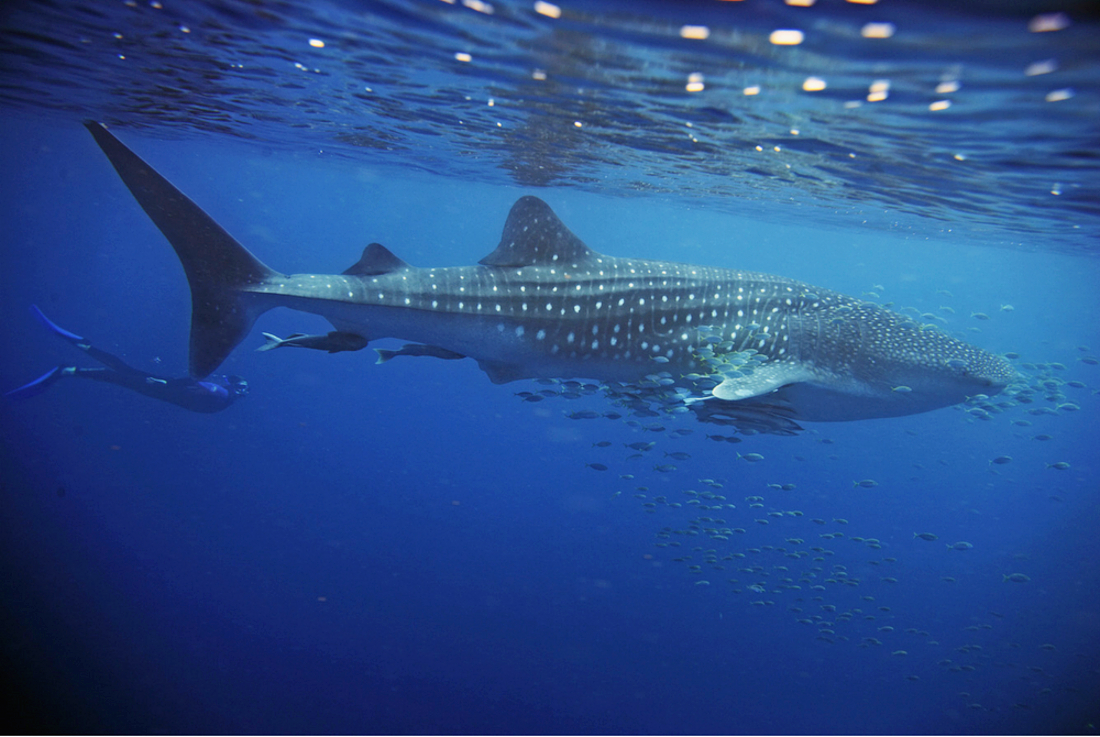 Whale sharks are literally one of the great fishes of the world’s oceans. They may have a lot in common with whales – their massive size and docile nature have earned them the nickname “gentle giants” – but they are in fact sharks.

With their distinctive markings, whale sharks are fun to watch if you’re lucky enough to spot one as it trolls through warm Gulf Coast waters. There have been quite a few sightings here along 30A.

Here are a few facts to help you understand more about these fascinating creatures: 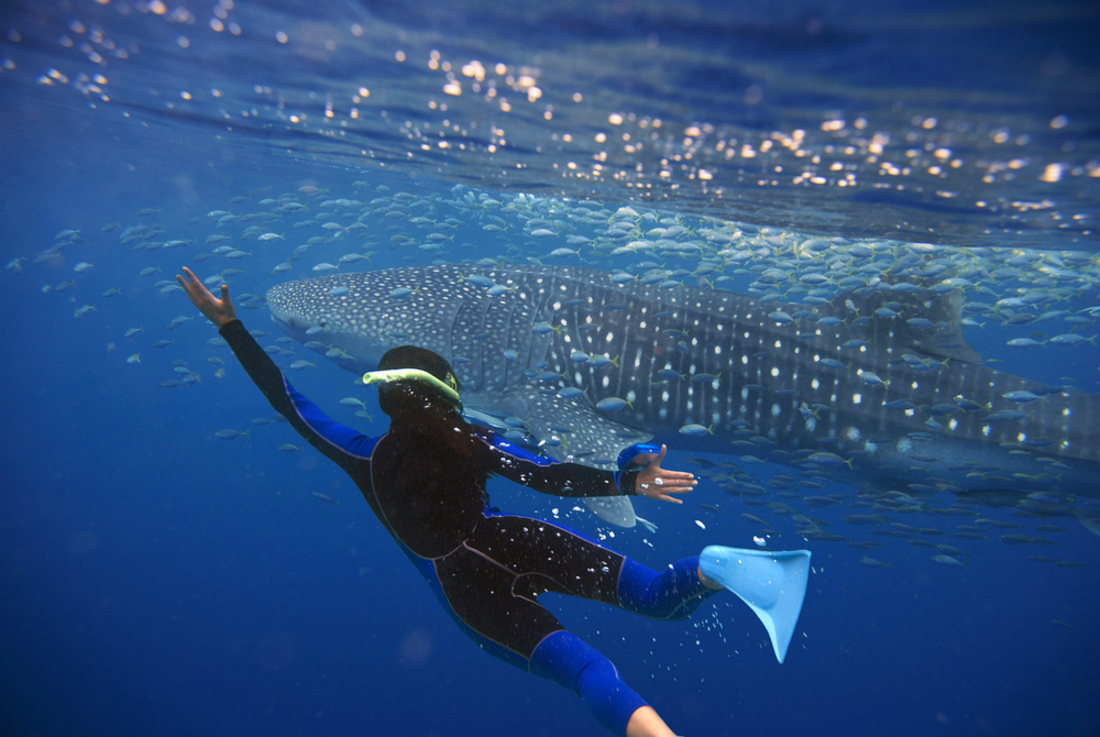 1. They are HUGE. In fact, they are the biggest fish in the ocean.

While they were previously thought to grow up to about 40 feet long, researchers now conclude whale sharks can get much bigger than anyone knew – up to 60 feet long.

The white spots appear in horizontal and vertical stripes across the whale’s body, which is typically brown or gray with a white belly. In addition, they have a flattened head with a blunt snout.

3. Whale sharks have a similar life span as humans.

They live an average of 70 years in the wild but can reach 130 or more. They reach sexual maturity at 25 or 30 years old.

They can be seen across the globe, in more than 100 countries from North America to South Africa to Asia to Australia. They’ve been known to migrate long distances to feed.

5. Unlike most other sharks, whale sharks feed mainly on plankton.

They also eat shrimp, tuna and small fish. Like whales, whale sharks have a filtration system that allows them to capture plankton from the huge amount of water that passes through their mouths. Their mouths are also huge, measuring up to five feet wide with up to 350 rows of teeth!

6. Female whale sharks can give birth to 300 young, called pups, at once.

(Most won’t make it to maturity.) The process is a bit unusual: Baby sharks develop inside eggs which hatch inside the mother, who then gives birth to live pups. Pups from one mating can be born over a period of time. 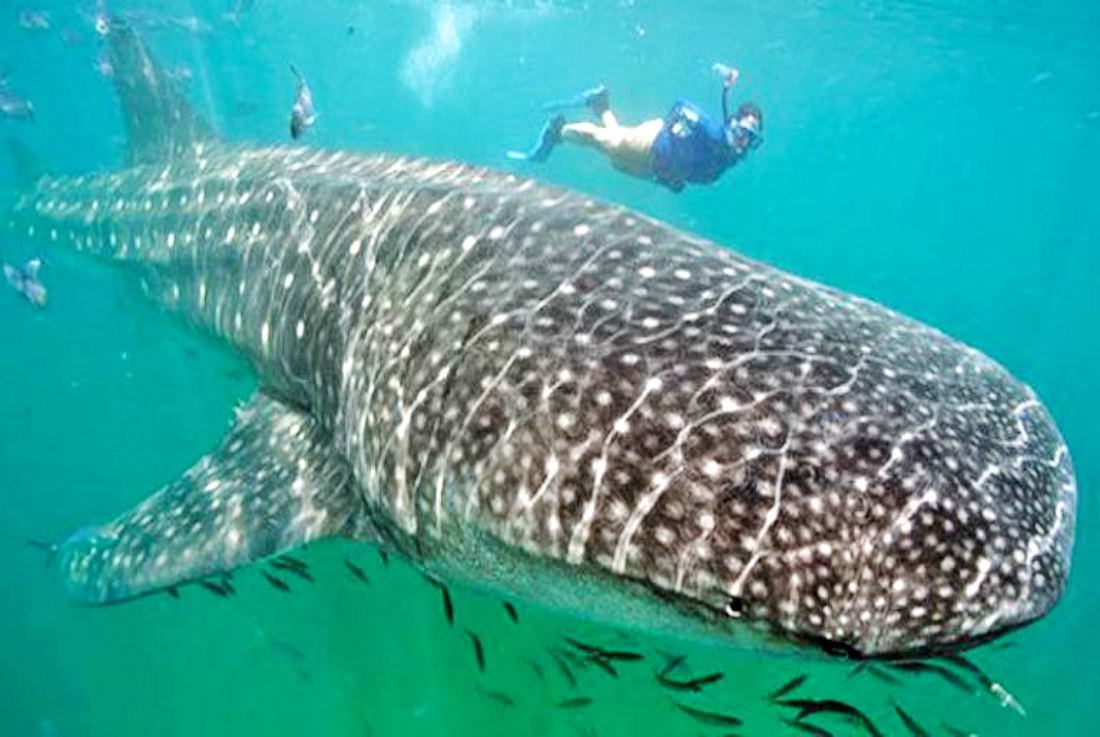 7. Humans are the whale shark’s only known predator.

They are listed as endangered – in part because of habitat loss and hunting.

However, for your safety and theirs, enjoy watching them from a distance. While some whale sharks have let swimmers catch a ride on their backs, it’s best to avoid touching them or making loud noises that could agitate them. If whale sharks approach your boat, use caution and keep a safe distance so your prop doesn’t injure them.

M.J. Grenzow is a freelance writer who loves the beach and super-fast recipes that remind her of the water. When she’s not actually at the beach, she’s plotting her next escape to sand and surf.