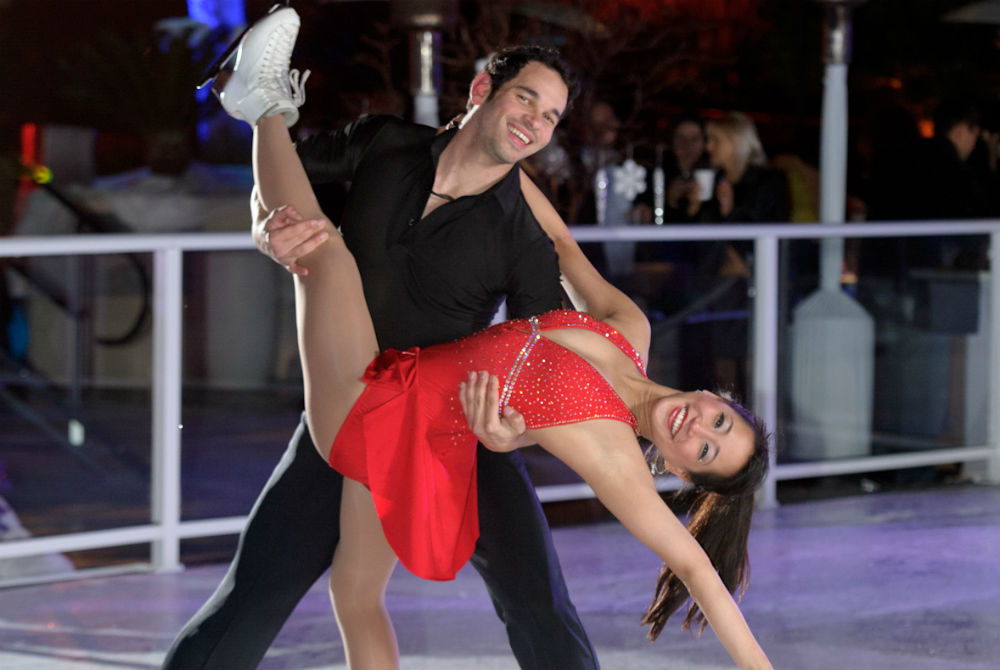 Organizers at The Village of Baytowne Wharf recently announced Baytowne on Ice will host the second annual Ice Skating Extravaganza.

The event will feature performances from US National Pairs Medalists Jennifer Don and Themi Leftheris at 6 p.m. and 7:30 p.m. on Friday, December 1, and mini skating school sessions for limited guests throughout the weekend. 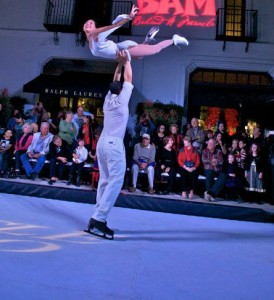 Competing internationally in singles and pairs, Jennifer Don holds several accolades and awards, including World Junior Pairs Bronze Medalist for the United States. As a single skater, she was named Ladies National Champion for Chinese Taipei in 2006 and won the 2003 Nebelhorn Trophy, becoming the first woman to win a competition under the ISU International Judging System. Themi Leftheris is a Skate America Grand Prix Bronze Medalist. Along with partner Jacqueline Jimenez, he was awarded the 2001 U.S. novice silver medal and 2001–02 ISU Junior Grand Prix silver medal. He and his partner Julian Burns, placed 13th at the 2005 U.S. Figure Skating Championships.

Don and Leftheris now coach beginner to national level students, and are offering $25 group mini skating classes for The Village of Baytowne Wharf’s weekend events. The sessions will teach beginner skating techniques, such as learning forward and backward skating, two-foot glides, curves, and how to fall. For the slightly more advanced recreational skater, guests can learn how to go faster on the ice, one foot glides, basic stops, edges, and even basic fundamentals for a safer and more enjoyable time on the ice.

The Community Broadcasters Ice Skating Pavilion is a 40 feet by 60 ice rink enclosed in a tent at the event plaza of The Village of Baytowne Wharf in Sandestin. Baytowne on Ice is made possible through partnerships with area businesses, including Community Broadcasters, Q92, Hwy 98, The Blaze, Wave 102, Ace Hardware, Creative Repairs, and the merchants at The Village of Baytowne Wharf. Operating hours vary per day, with extended hours on the weekends.