Beach Volleyball Serves Up Fun in the Sun - 30A 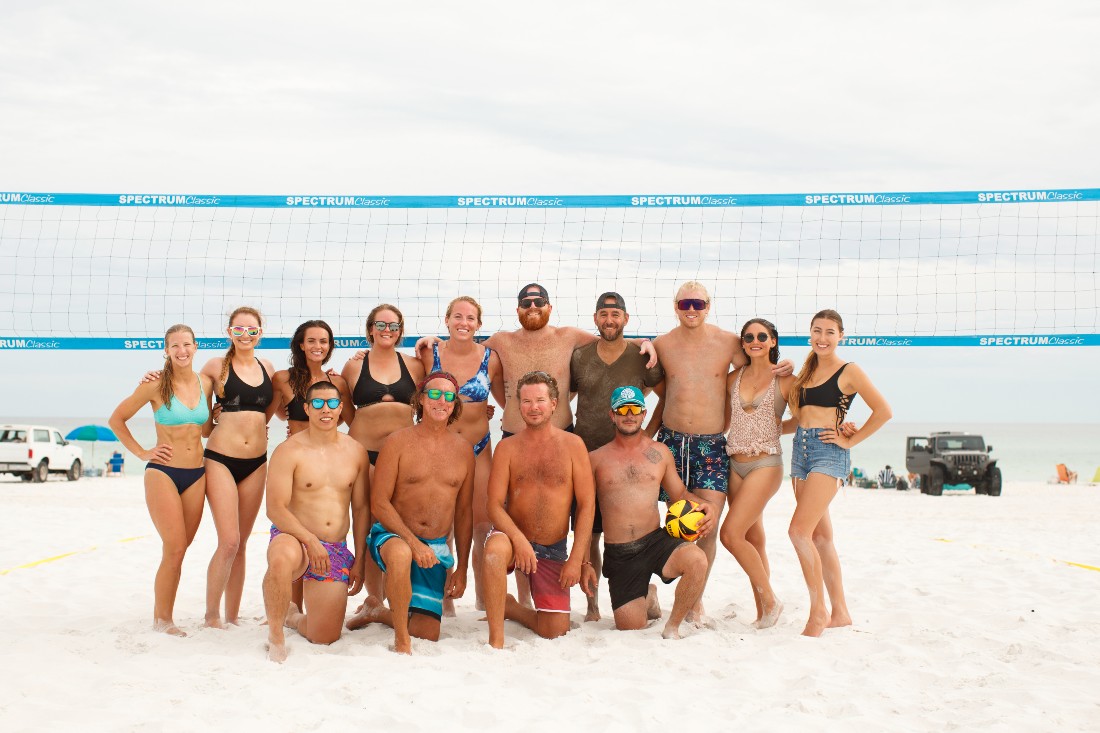 Sports fans – and volleyball fans in particular – will never forget the historic reign of Olympians Kerri Walsh and Misty May-Treanor. The nail-biting intensity, the digs, the dives. The whole nation was glued to the television to witness this unstoppable duo’s rise to the top, where they would remain for years. Their passion and dominance helped inspire an entire new generation of players.

In many ways, the sport of volleyball can be likened to a dance. Teams appear to share the same mind as they move in sync to a single, understood rhythm: bump… set… spike. Drama can take a while to unfold in other sports but in volleyball, action unfolds moment to moment whether in a leisurely pickup game with friends, old and new, or an awe-inspiring display of fast-paced, intoxicating finesse. 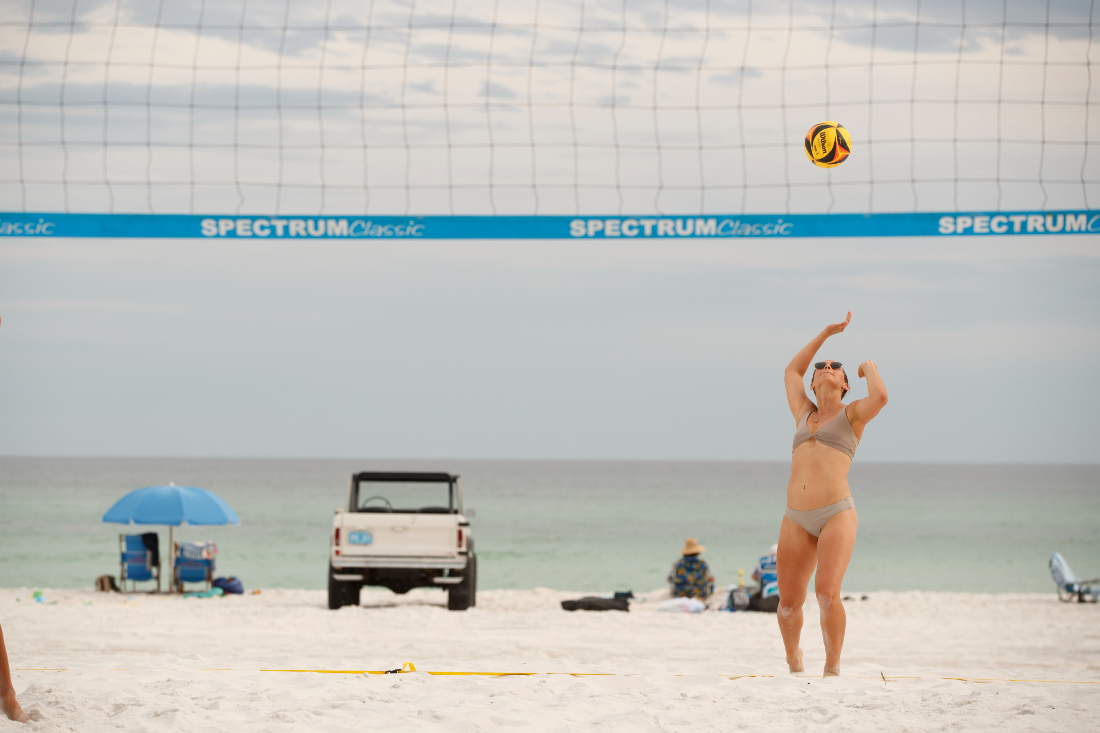 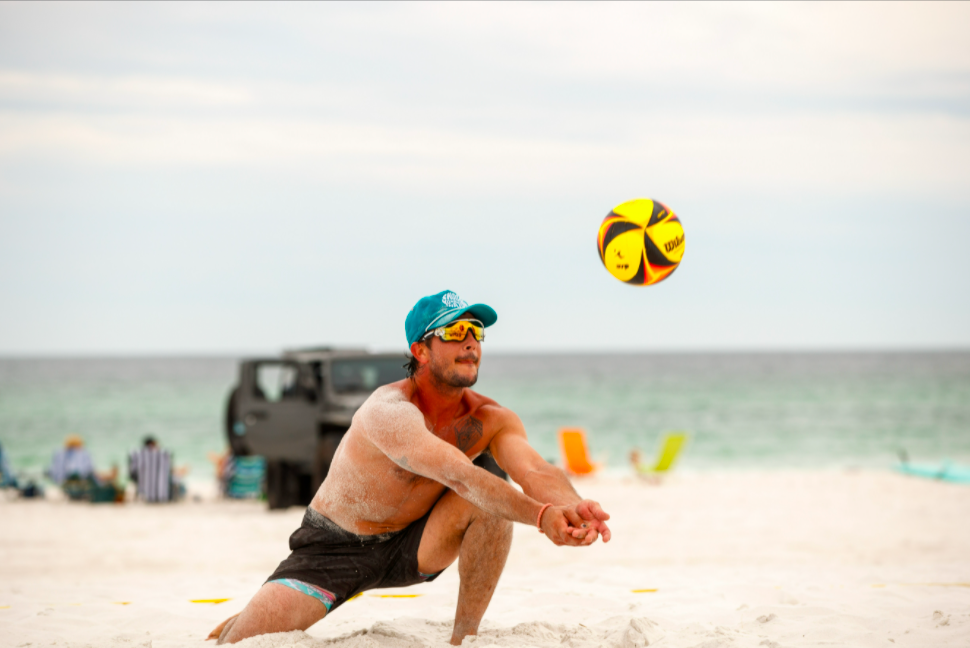 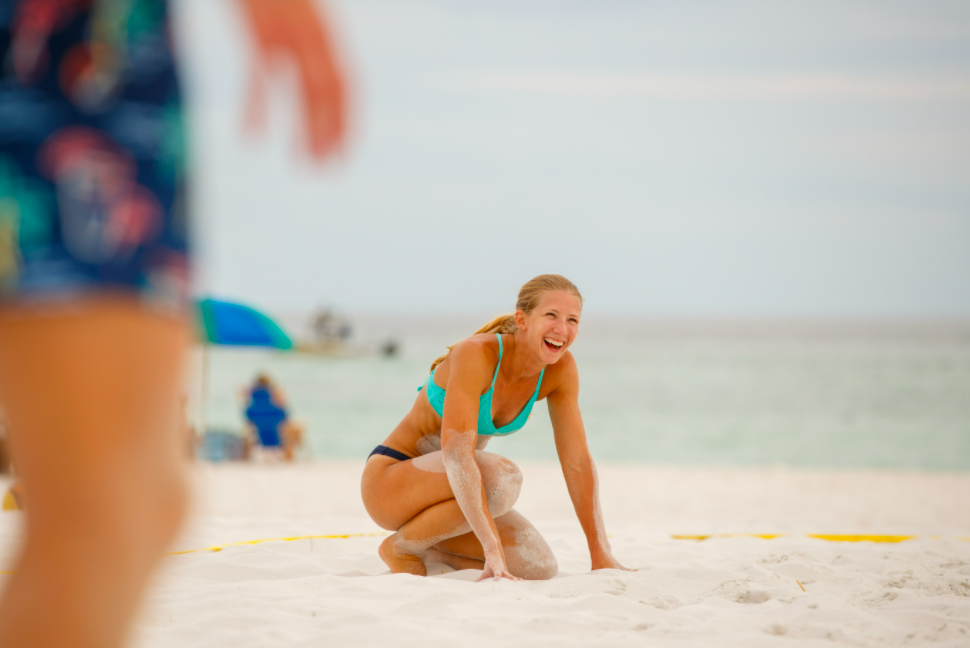 Either way, take it to the beach, and now you’ve got a whole other ball game.

While an iteration of indoor volleyball was founded in 1895, beach volleyball would be popularized in the early 1920s, along the shores of Santa Monica, California. The sport’s Summer Olympics debut wasn’t until 1996 in Atlanta where it has grown ever since.

If you’re lucky enough to find yourself on sandier shores, a beach volleyball league is most likely within close reach. For example, Florida’s panhandle is well-regarded for being one of the best regions for the sport, bringing together regulars, locals and visitors alike for weekly matches in Destin, Panama City Beach, Santa Rosa Beach, Fort Walton, Navarre, and Pensacola. 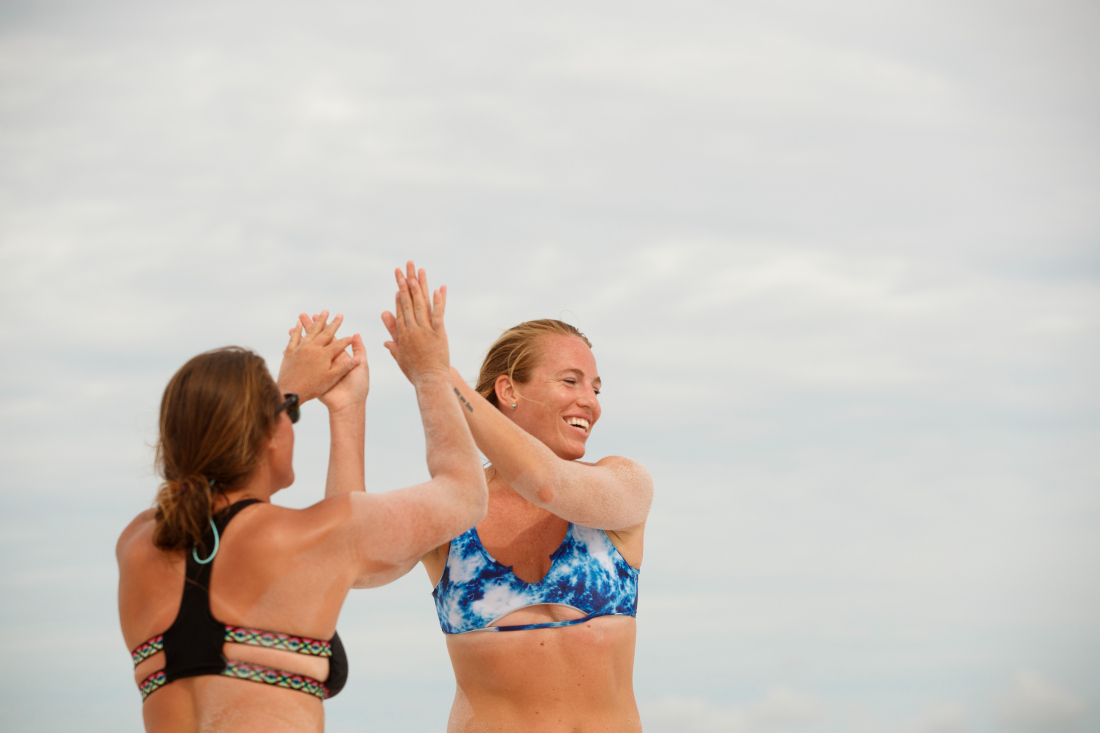 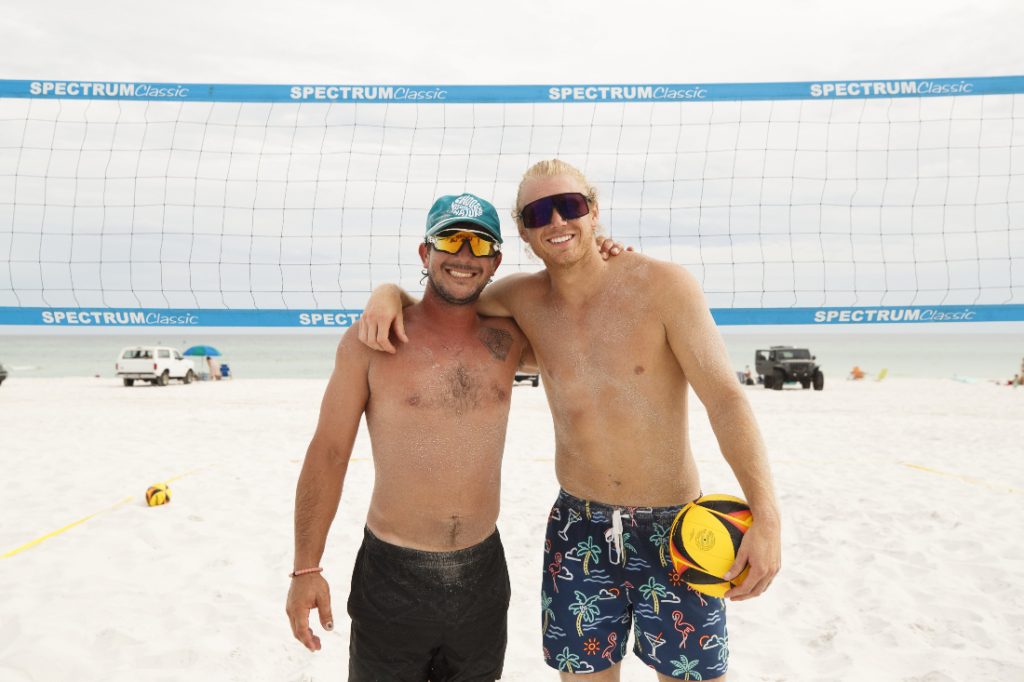 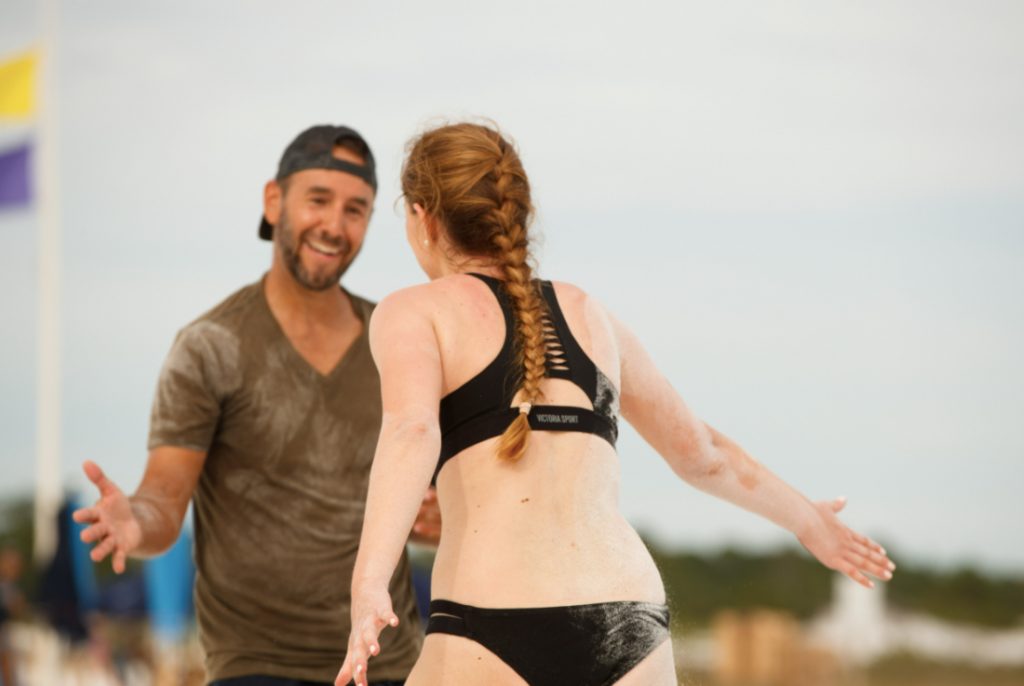 Local love for this seaside sport can be partially attributed to the Emerald Coast Volleyball tournament known as “Fuds,” which takes place twice a year on Okaloosa Island, between Destin and Ft. Walton. Players and fans religiously attend from all over – Hawaii, California, Utah, Texas – many migrating to the tournaments for a decade or more. The local tradition has even attracted big names from the Association of Volleyball Professionals (AVP), such as Taylor and Trevor Crabb, Nick Lucena and Ed Ratledge, and many more. But this sport isn’t reserved for the pros. Like the beach, it can also be laid-back.

“The panhandle is a really special place full of open, friendly, and loving people,” said Kristy Lake, founding member of the popular Grayton Beach Volleyball group. “A lot of us are naturally nervous to introduce ourselves to a group of complete strangers. But anywhere you go to play in this area, you’ll be welcomed with a smile, a ‘What’s your name? Where are you from?’ and an invitation to hop in the next pickup game.” 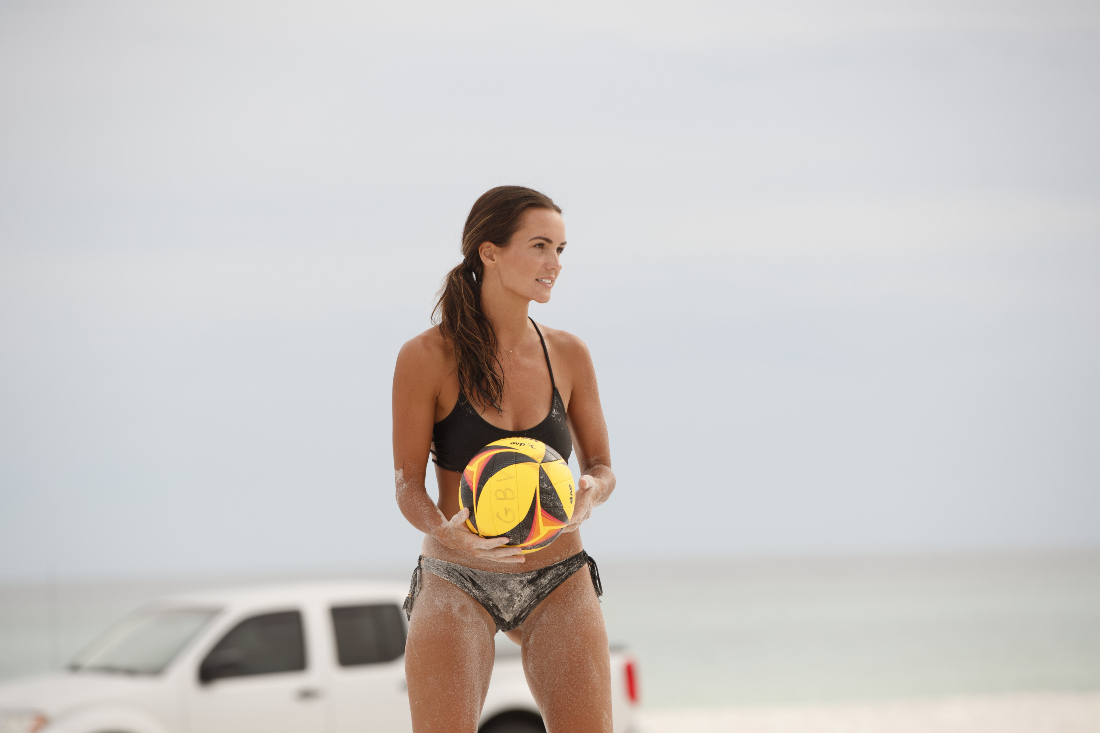 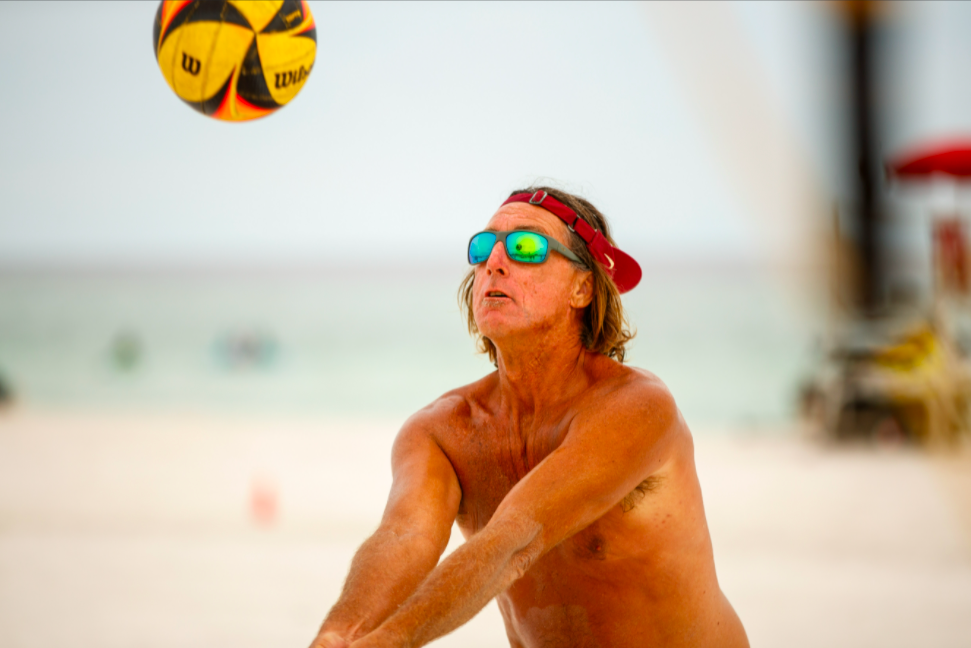 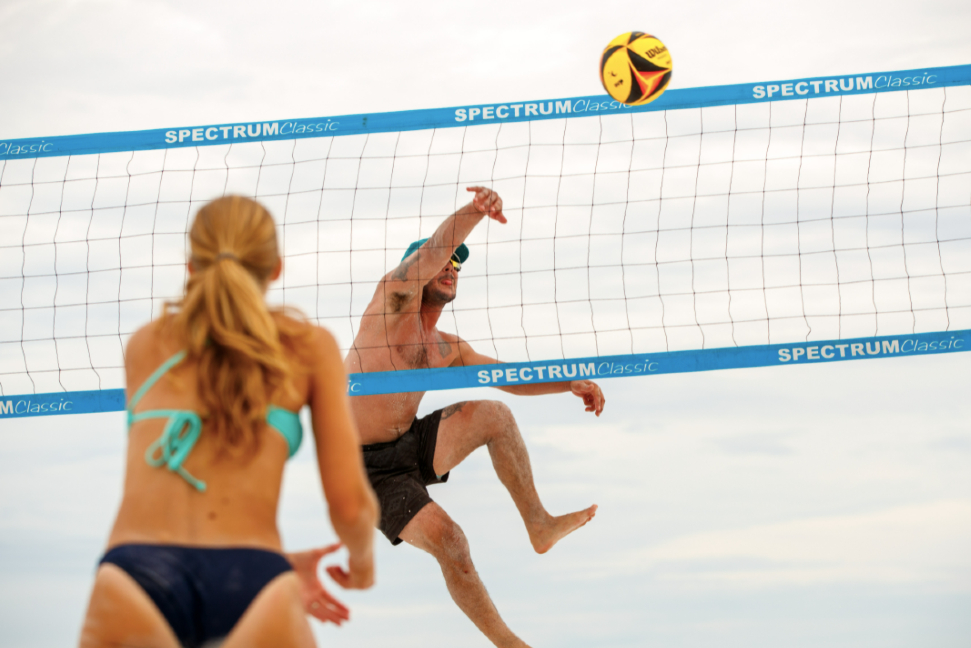 To learn about Emerald Coast Volleyball Week, visit emeraldcoastvolleyball.com. To join the Grayton Beach volleyball community, head over to the “Grayton Beach Volleyball” group on Facebook or follow them on Instagram @graytonvolleyball.

In addition to a strong sense of community, beach volleyball is accessible to players of all skill levels, from total amateurs to die-hard professionals. Average Joes often come back to the sport after years of being physically dormant, risking injuries and blistering temperatures just to feel the rush and belonging of a sport they once loved with all their being.

“It’s special to play competitive sports all your life and have something like this to keep that drive alive,” said Lake.

Perhaps it’s the added challenge – or forgiveness – of the sand beneath, the ocean breeze serving as temporary sedation, or the promise of an after-game dip to cool off. But whatever the draw, more and more people are bitten by the beach volleyball bug each year. With a little research and a little courage, you can no doubt find a beach volleyball community that serves up fun, laughter, and a healthy outdoor lifestyle. 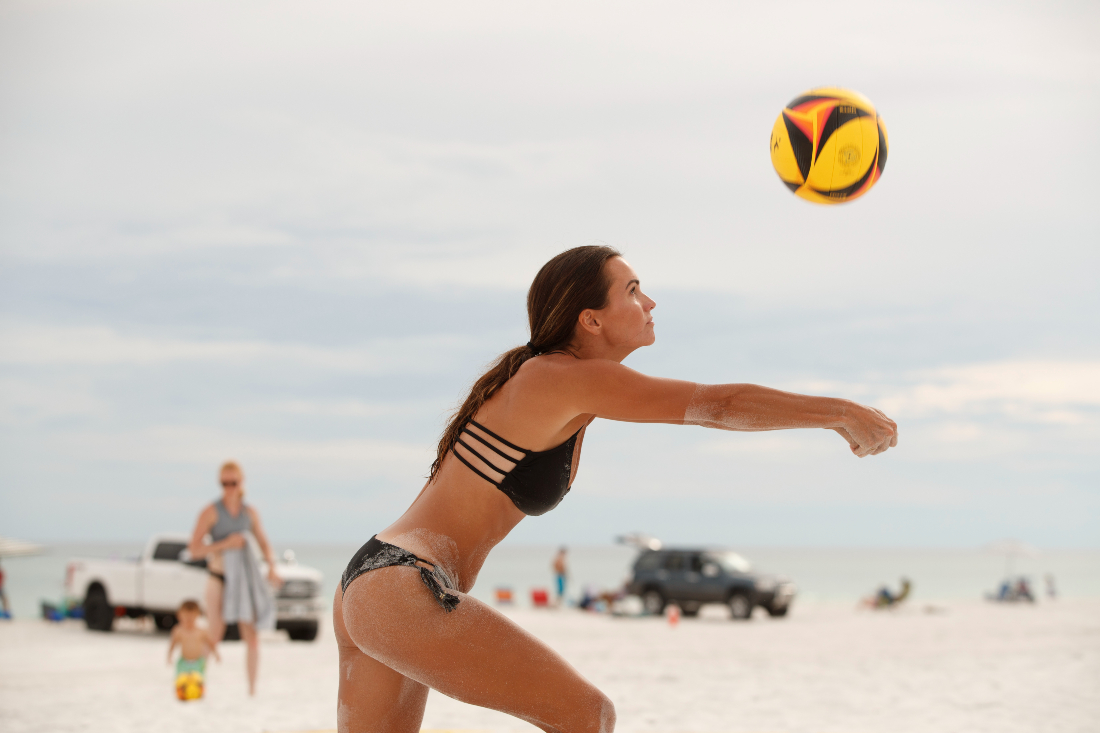 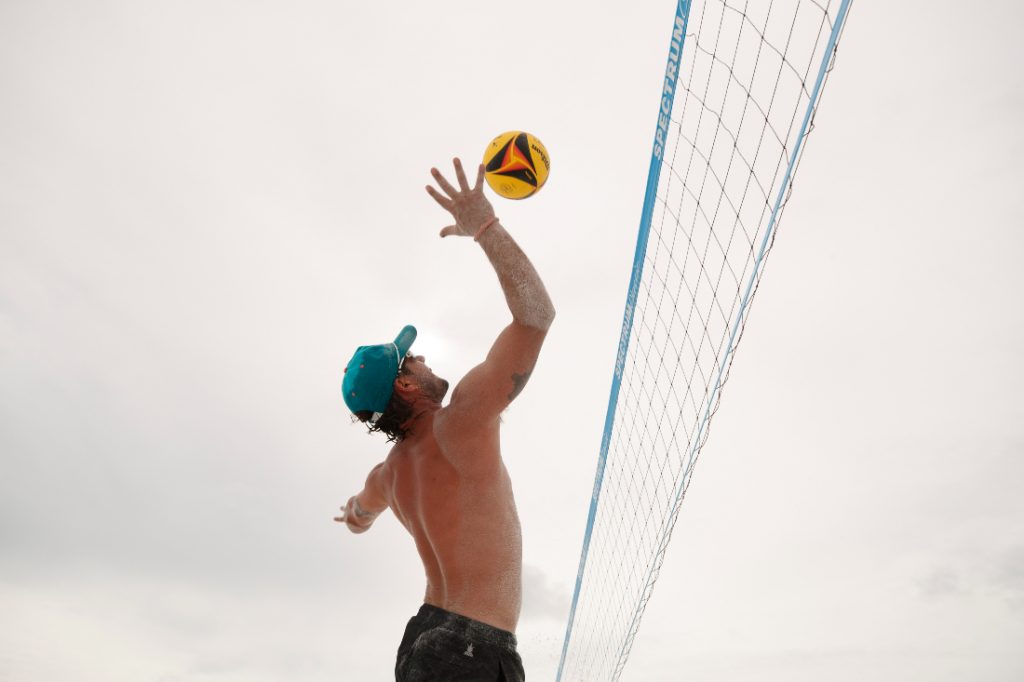 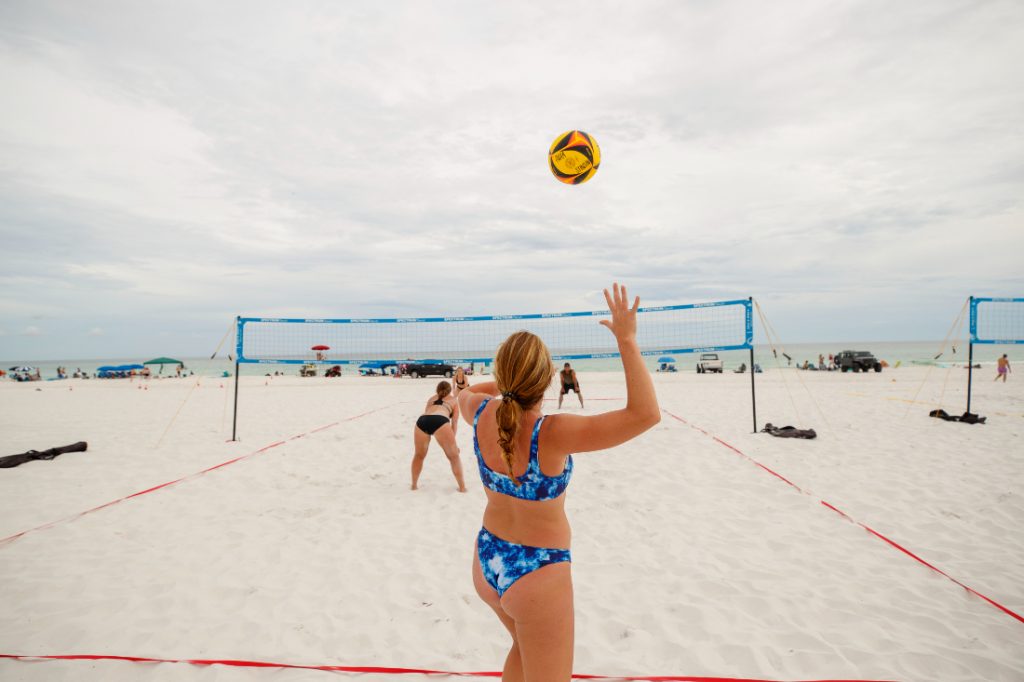