Bears in South Walton: What You Need to Know – 30A 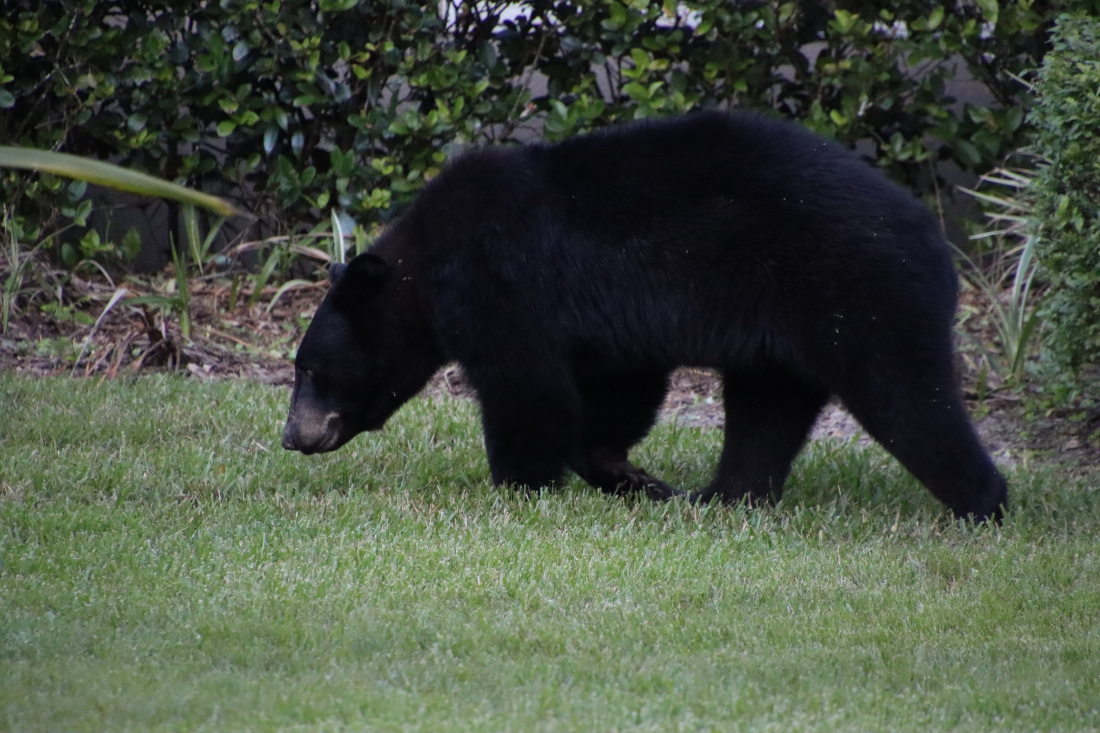 Black bear sightings have increased in South Walton, but is it because there are more bears, or because more people now share their encounters on social media?

Here in South Walton, rising temperatures mean an increase in tourists. And it also means more opportunities for potential encounters with some of our longtime locals: Florida black bears. In fact, Florida’s black bear population is on the rise, with sightings doubling statewide to nearly 6,200 every year.

There are a few things that every person who works or plays along 30A should be aware of regarding our furry neighbors.

Catherine Rodriguez of the Walton County Sheriff’s Office warns that it’s spring and black bears are waking up from their winter lethargy. Many mothers have cubs to protect and feed. Bears are motivated by hunger and with the dense population of well-fed humans making 30A their springtime get-away (and sometimes leaving their common sense back home), bear safety is a major concern for local authorities.

Tips on how to react if you spot a bear or other wildlife!

Black bears have always occupied the woodlands around 30A, and even though 40 percent of the land here in South Walton is protected habitat, development has inevitably encroached onto their home. A balance between preserving nature and ensuring personal safety remains the joint goal of the Florida Wildlife Commission (FWC) and the Walton County Sheriff’s Office. That partnership was demonstrated in September when a black bear required relocation because it was confused and hid under a bus at Butler Elementary school in Dune Allen Beach.

This spring, in neighboring Bay County, the FWC took action to tranquilize a treed bear and then relocated it to a more secluded habitat. And on the same day in a far less fortunate case in an upscale neighborhood near Orlando, a 45-year-old woman was mauled by black bears who had become too comfortable in the suburban landscape. The woman survived, but the bears had to be hunted and killed. 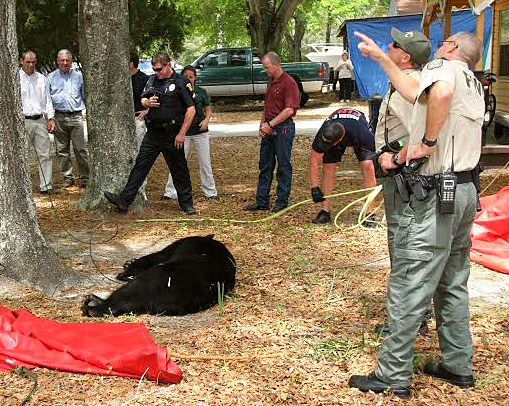 Florida Fish and Wildlife officers, Lt. Leamon Keen (foreground) and Officer Mike Goodwin respond to a black bear that was up a tree in a Panama City neighborhood on April 13, 2014. The bear was shot with a tranquilizer and relocated. (Photo courtesy of Stan Kirkland) 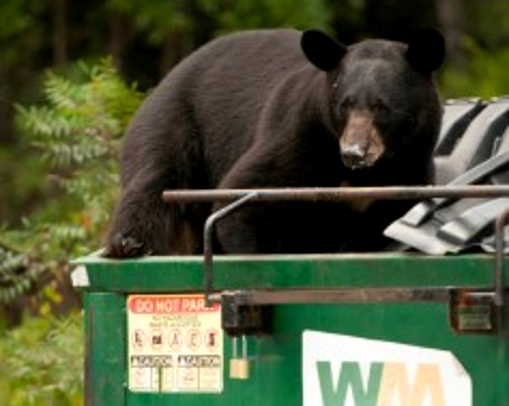 30A’s human population is a unique blend of locals and tourists, pedestrians and cyclists, many of whom are here to get away from their busy city lives. And although the romance and sophistication of the local architecture can create a serene partnership with nature, it’s important to remember that 30A isn’t an amusement park. Many businesses and houses butt right up against protected habitats where bears are always sniffing around for an easy meal.

In their natural environment, black bears mostly dine on plants such as buds and grass, as well as insects and small mammals. But in situations where people and bears intermingle, bears tend to view our garbage as an all-you-can-eat buffet. Rodriguez said that if homeowners can afford bear-proof trash receptacles, they are effective in keeping bears away, but even putting the garbage out on the morning of trash pick-up (instead of the night before) can be a huge deterrent to nighttime trash raids. Bears that discover a garbage feast during the night can get all too comfortable and might even come back during daylight hours for a second round. After a while, bears can become quite accustomed to humans, and that’s when they begin to pose a serious threat to public safety.

“Local law enforcement has been trained to handle bears without hurting them — many times with a benign weapon like a slingshot or boomerang — to run them away from property or people and back into seclusion,” said Rodriguez.

Sometimes tranquilizing a bear or even euthanizing a dangerous animal is necessary to keep people safe, but in most cases, law enforcement officers can simply shoo them back into the woods. Rodriguez said it’s important to limit human interaction with this wild and potentially dangerous species and to call local authorities whenever bears are spotted. 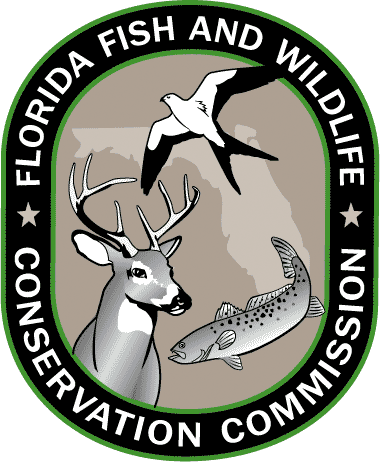 Dave Telesco — the FWC Bear Management Program Coordinator — said that reports are sketchy about just how many black bears are in the woods of South Walton. The last bear population count performed around Eglin Air Force Base in 2002 yielded just 100 bears. But if reports of bear sightings are any indication, that number could be significantly higher now.

That said, “…one bear can spur dozens of calls, so no one can really know how many bears were sighted simultaneously,” noted Telesco.

To get real data about just how many bears inhabit an area, Florida Wildlife Commission will perform a DNA mark-and-capture bear count. The process is considered the standard in animal inventory and involves fencing off a sample area with knee-high barbed wire and planting bait for the bears. When a few bear hairs are left behind on the barbed wire, a DNA test can be used to identify that specific bear. Once official DNA tests are in, the area can be considered a representative sample of the entire region for bear population data.

So what’s a black bear’s favorite bait of choice? Day old donuts. According to Telecso, the critters can smell the vanilla in the donuts from a mile away. When they use this same method to count big cats, the tried and tested lure is also scent, and believe it or not, predatory cats are most attracted to… Calvin Klein’s Obsession.