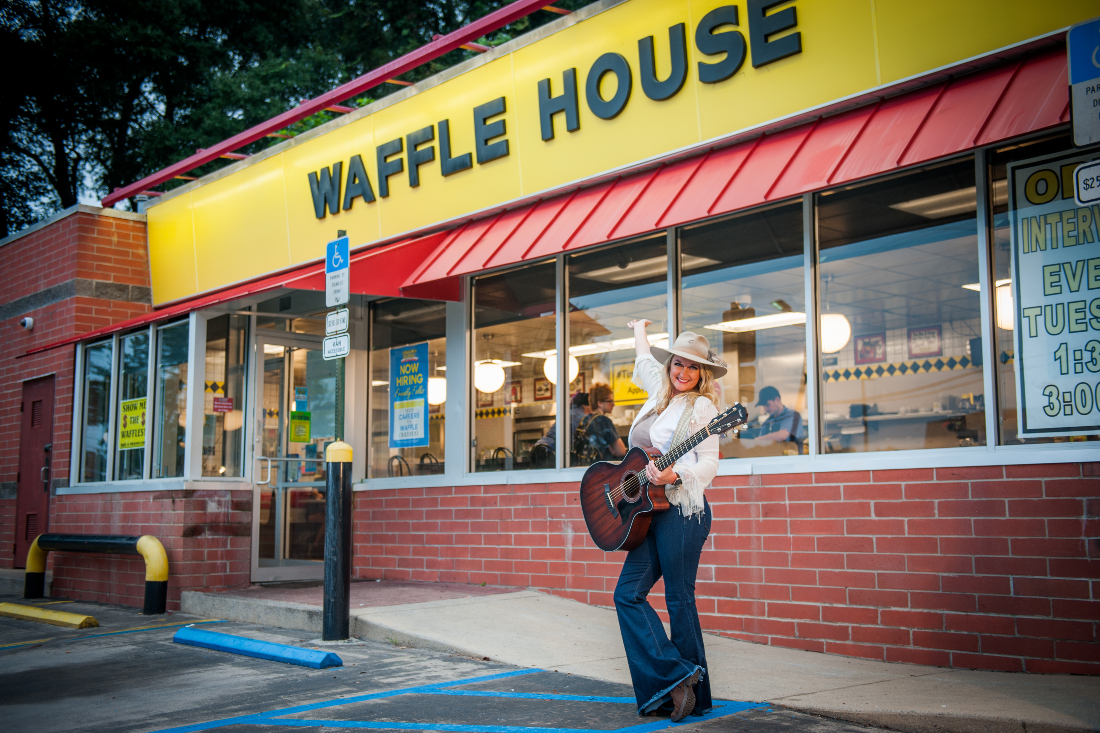 Gulf Coast singer-songwriter Casey Kearney is no doubt more “country” than the majority of so-called “country artists” on today’s airwaves and playlists. She and her family of five live on a farm in the most rural part of Walton County, Florida (think four miles of red dirt road to get there). She somehow manages to maintain a pretty normal life of homeschooling three teens, keeping up a farm, and traveling weekends to compete in rodeo competitions across the country – not to mention her many live concert performances.

Like many songwriters, much of Casey’s lyrical content comes from real-life stories of the people she encounters as a traveling musician. This is especially true of her new hit song “Waffle House,” written after coastal transplants Kelli and Rob Smithmier shared their story with Casey following one of her shows.

“We got married in 1984 on New Year’s Day,” Kelli told Casey. They brought along two carloads of family members, including their parents and siblings. “We didn’t have a fancy wedding or reception, so on the way home, we all pulled into a Waffle House. We dropped some change in the jukebox and had our wedding dance right there. Here we are 38 years later, still dancing.” 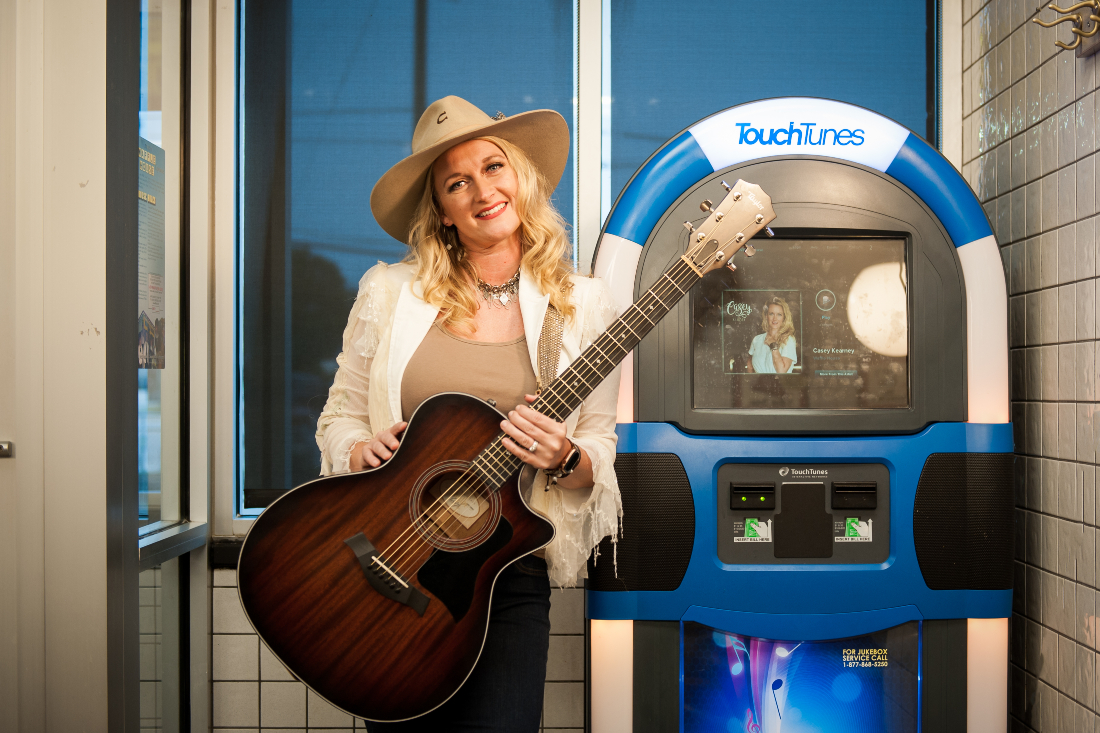 She emailed her recording to the restaurant chain’s Atlanta-based headquarters, but nothing really transpired until Waffle House execs saw viral videos of Casey performing the national anthem at an Atlanta Braves game this summer.

“The whole thing happened fast after that,” said Casey. Before she knew it, a few emails and phone calls led to Casey’s song being added to the jukeboxes in all 1,200 Waffle House locations across the country. Within a month of that first call, Casey was getting texts and videos from people all over the country, playing her song in their favorite Waffle House location.

“It’s surreal, and it’s just such an honor to be included among all of the really big-name artists I admire in those same jukeboxes,” said Casey.

As for the couple who inspired Casey’s new hit, Kelli and Rob went on to co-star (and dance) in the song’s official video, and they say they hope their Waffle House romance will inspire others to share their own stories.

Who knows, it might just become a song one day. 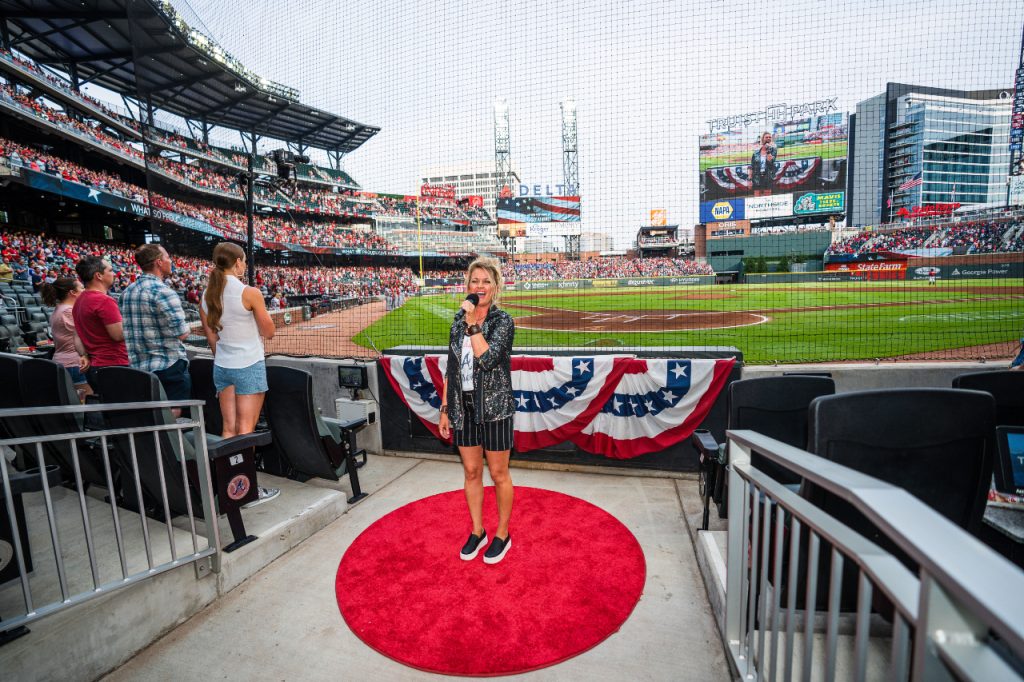 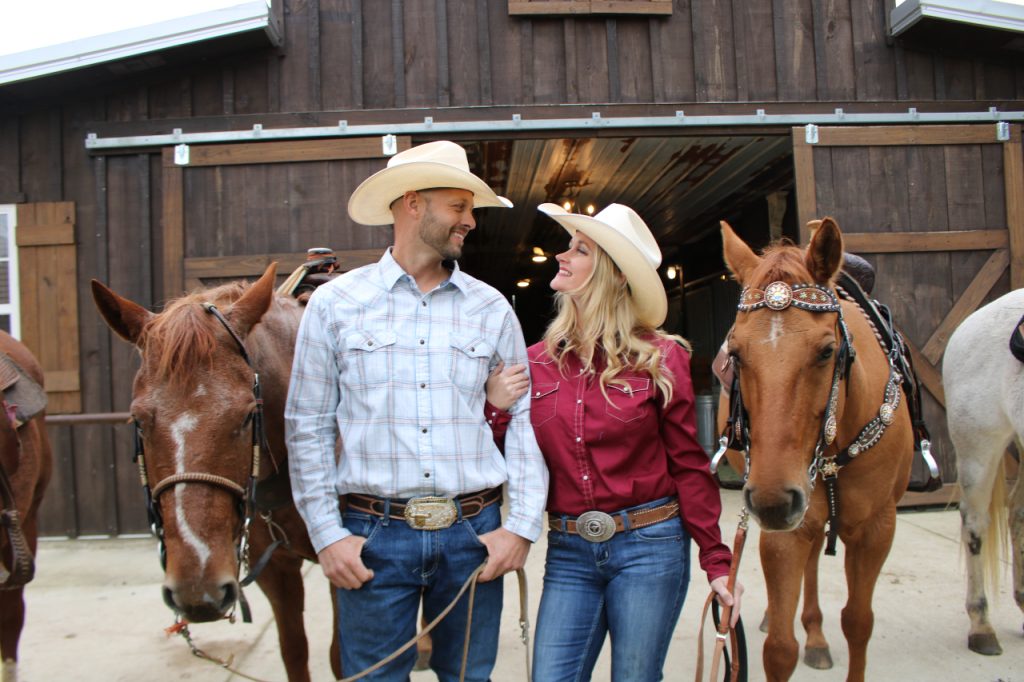 Casey with her husband