How Electric Bikes Will Change The World - 30A 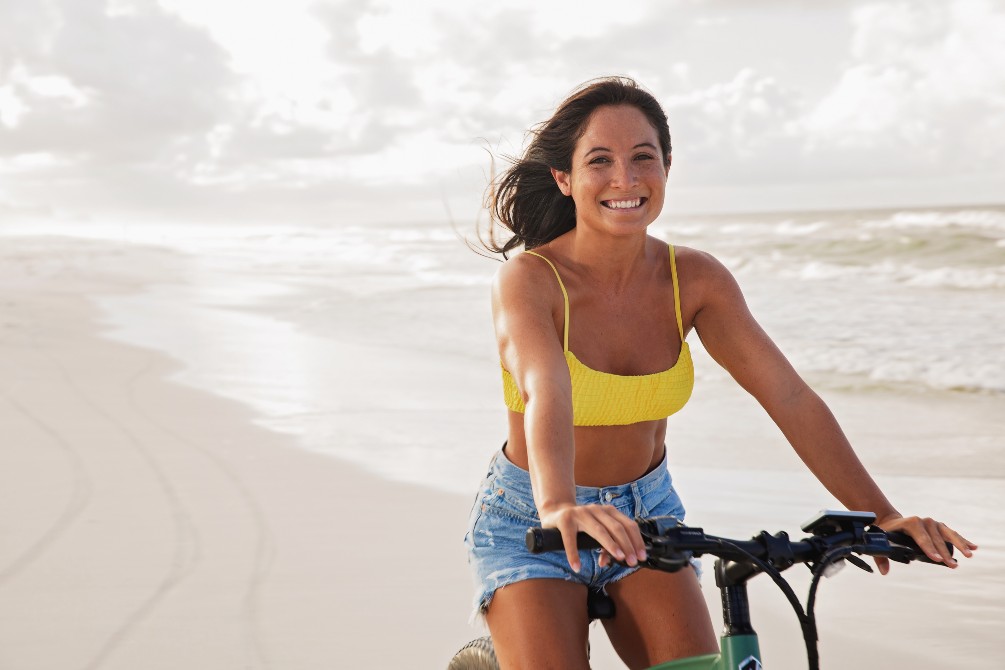 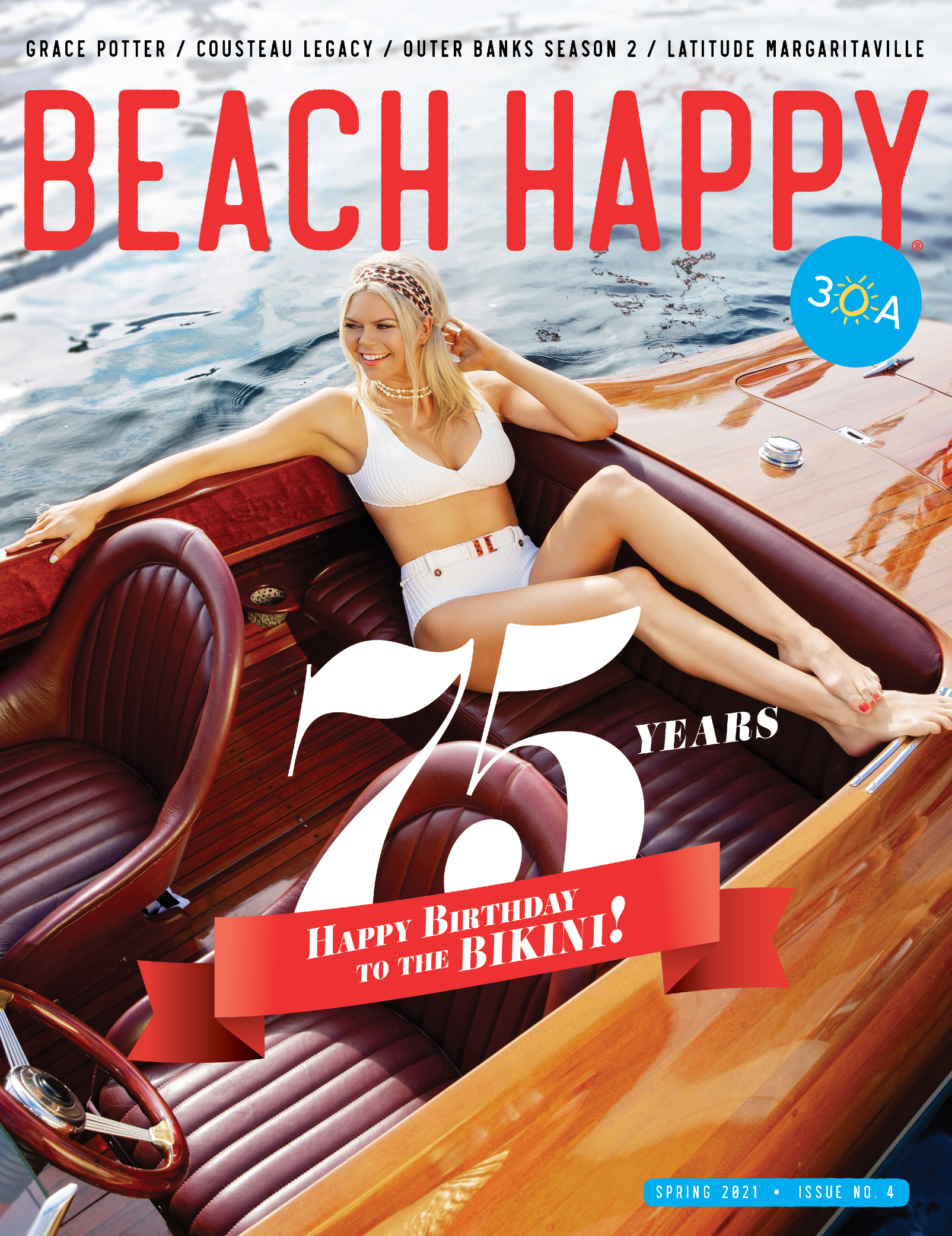 In 1897, Hosea W. Libbey of Boston registered a patent for a bicycle powered by an electric motor. While Libbey tweaked his invention so he could bring the concept to production, along came the internal combustion engine. The automobile roared to life, and transportation was defined for the next century.

Today, there is no disputing that, when it comes to personal transportation, the car is still king. But now, over 120 years after Libbey’s invention, electric bikes are making a quiet but dramatic comeback. Air pollution, noise pollution, traffic congestion and the pursuit of healthier lifestyles are now global concerns, and people are looking for better alternatives to meet their transport and commuting needs. In fact, in 2018, electric bike riders covered 586 billion kilometres worldwide. And the movement is growing, fast. “Electric bikes are one of the most environmentally sound modes of motorized transport today,” said Jon Egan, a leading urban transport and planning consultant and commentator on electric and autonomous vehicles. “Their battery-powered motors make short commutes easy and longer journeys more feasible.”

Egan said that as technology continues to advance and the price of batteries drop, electric bikes will become more affordable and will increasingly challenge fossil-fuel consuming motorcycles and cars as the preferred form of transportation in many of the world’s most congested cities. 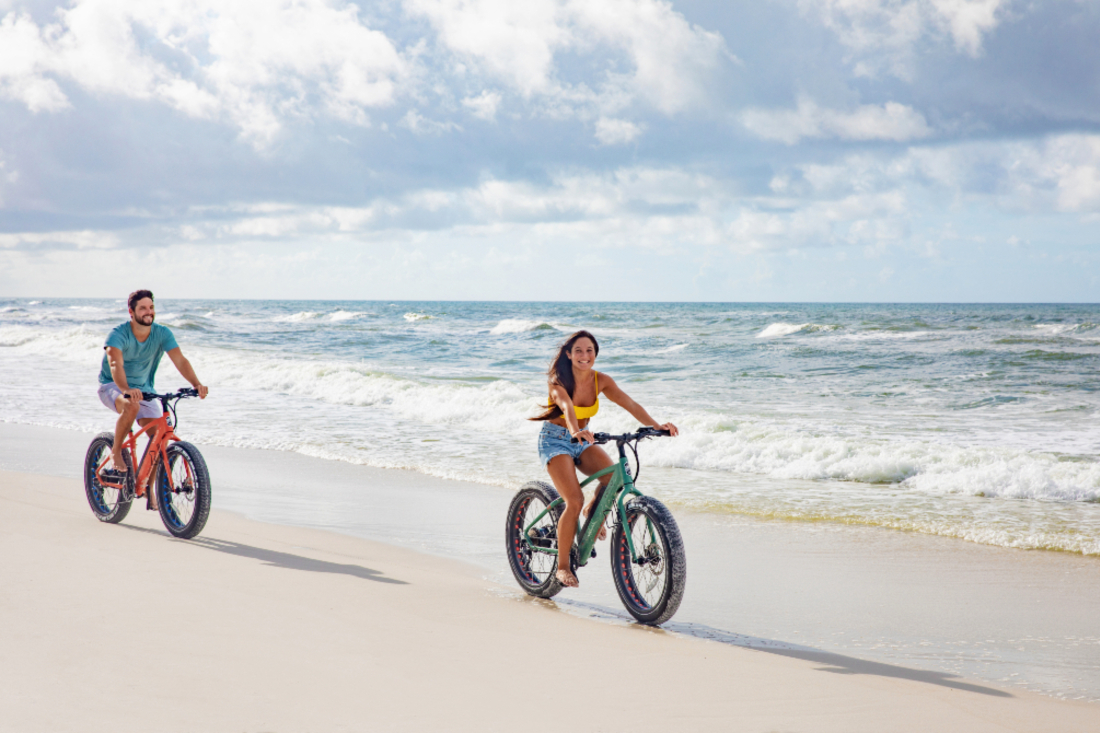 And it is in the rapidly urbanizing nations where electric bikes are taking root most quickly.

“Over 120 years after Libbey’s invention, electric bikes are making a quiet but dramatic comeback.”

In the 1990’s, China implemented strict anti-pollution laws to combat toxic air quality, which was having a terrible public health and economic impact. Promoted as a stylish and youthful transport alternative, electric bikes are now seen as a ‘must-have’ with young urban professionals in China’s big cities, where e-bikes outnumber cars two to one.

“You have to consider the history of personal transportation in places like China and across Southeast Asia to understand why electric bikes have been so warmly embraced,” said Egan. “Cars were always too expensive for most families and bikes, so motorbikes and scooters were the established transport choice. That not only makes adoption of the electric bike a more natural progression, it also means the road and transport infrastructure is already more bike-friendly.”

The pace at which electric bikes are being adopted across Asia shows the promise they hold worldwide. 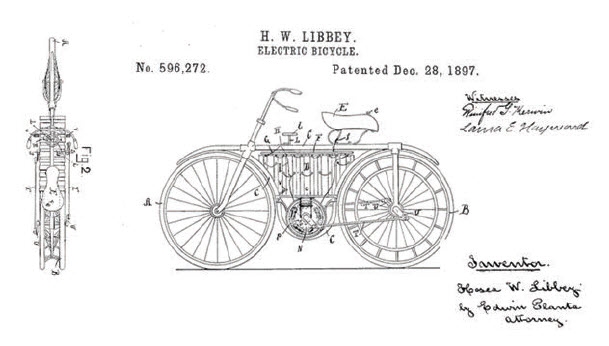 “For anyone who has spent time in Bangkok, Hanoi, Guangzhou or Manilla, you can only imagine the potential improvements to air quality, the reduction in noise pollution and, hopefully, fewer road traffic fatalities as electric bikes continue to reshape transportation,” said Egan.

But what about in the West? Are U.S. and European commuters ready to make the change too? In 2018, the global market for electric bikes was estimated to be worth nearly $21 billion. And even though e-bike sales in the U.S. were only around $77 million, that was almost double the total from the year before.

Egan believes much more can and should be done to encourage electric bikes.

“Persuading a suburban family to swap their SUV for electric bikes is already a big enough challenge,” said Egan. “Our cities have been designed around the car — multi-lane highways, strip malls. The automobile’s absolute dominance has led to an absence of sidewalks and bike lanes. We will have to make significant changes to our urban landscape to accommodate huge numbers of electric bikes.” 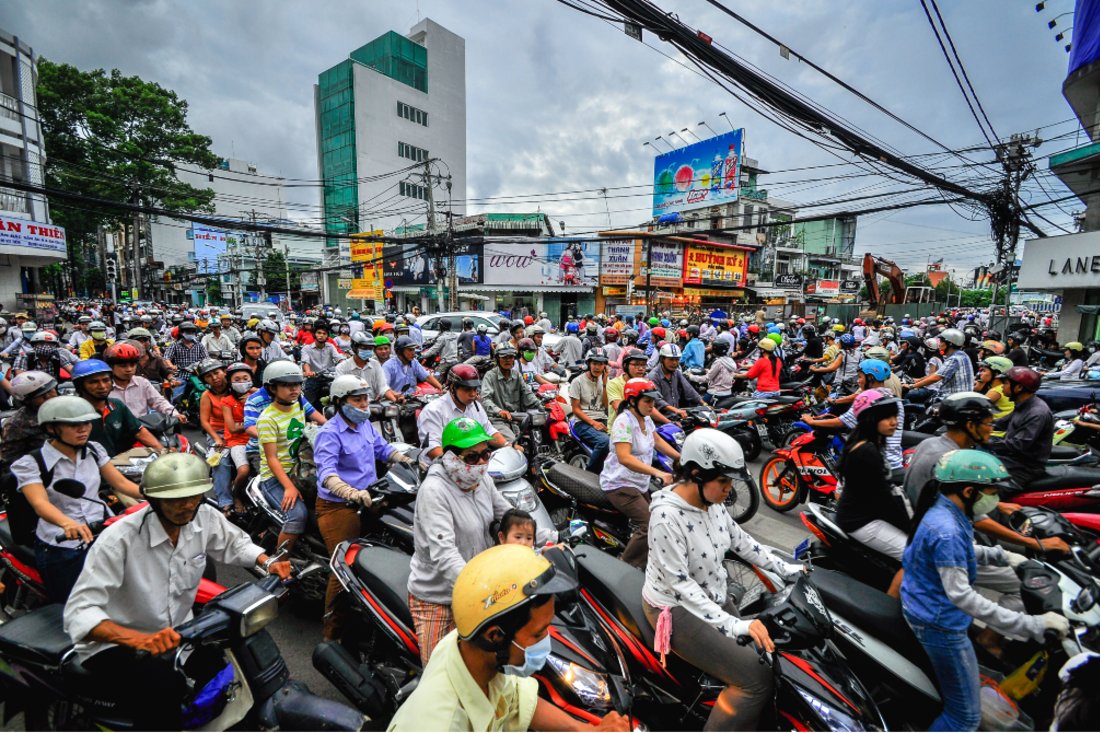 But there are places in the U.S. where electric bikes are being successfully trialled. For example, the new urbanist community of Seaside, Florida, has promoted electric bikes as part of its solution to address growing traffic and parking challenges.

“Seaside and neighboring new urban communities attract hundreds of thousands of visitors each year,” said Justin Dunwald, manager of the YOLO Board + Bike store in Gulf Place, Florida. “As traffic congestion increases, electric bikes are rapidly being adopted as a solution.”

Seaside authorities have recently had to impose parking bans, close roads to automobile traffic, and even pedestrianise its town center — all measures being taken to re-establish the town’s founding principle of being a walkable, bikeable community where cars simply aren’t necessary.

Tourist destinations are often a great way to seed ideas and try new things. Visitors to Seaside from car-centric locations such as Dallas, Atlanta, and New Orleans are more likely to rent electric bikes, use them to head out for a day at the beach or for dinner one evening as a vacation experience. If the experience is a good one, perhaps they will consider trying it out again when they return home, initially as a leisure option, but starting to break the stranglehold of the car on their transport choices. 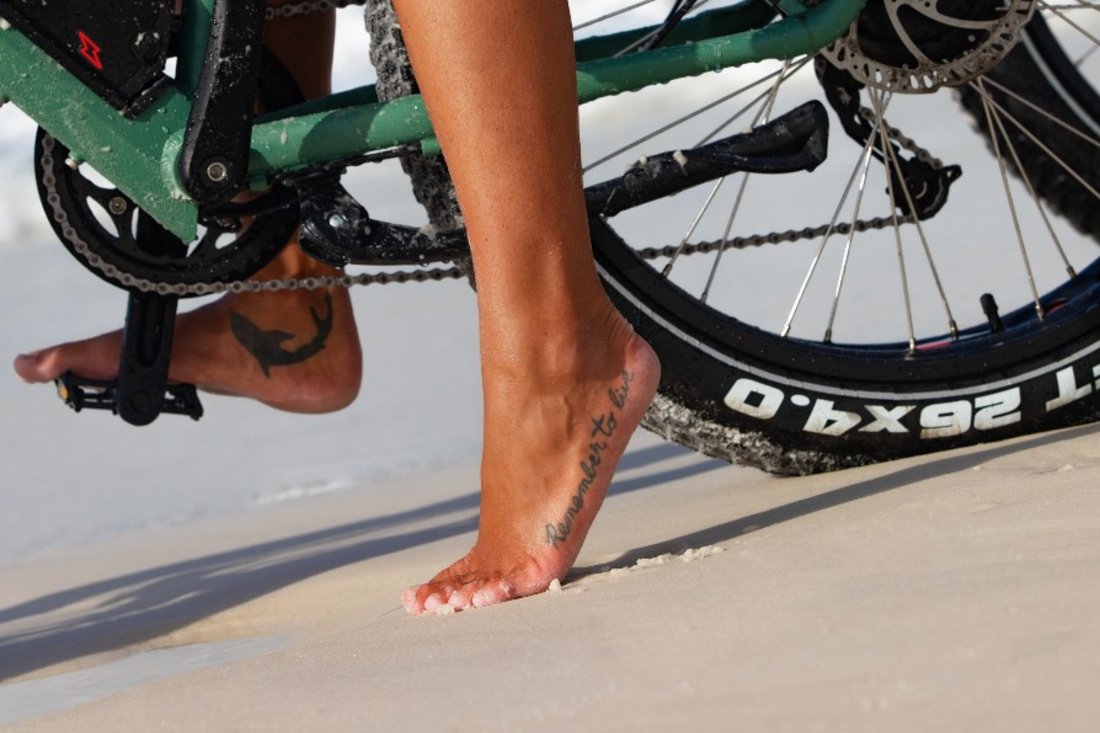 So how can the adoption of electric bikes be fast-tracked? Affordability, of course, is critical. The cost can vary considerably. About $1,000 can get one a very basic entry-level electric bike, but quality and reliability can be issues at that low price point. Between $2,000 and $3,000, e-bikes sport better motors and are often designed for specific uses — commuting, mountain biking, trail riding. It is not an insignificant investment, but it’s a heck of a lot cheaper than a car.

Ragsdale said he rides his electric bike almost every day, and not just for recreation.

“I can’t remember the last time I drove to the office,” said Ragsdale. “Now I ride my electric bike instead; something I never would have done on just a normal bicycle.”

Marketing data suggests, as with other electric vehicles, the battery is a big driver of cost. But as technology advances, prices drop. It will also be important to extend the lifetime of batteries to give value to owners over the life of the bike. In China, cheaper bikes use lead-acid batteries which have a lifespan of around 2 years, whereas higher-end bikes use lithium-ion batteries that last 6 or 7 years.

“Electric bikes are now seen as a ‘must-have’ with young urban professionals in China’s big cities, where e-bikes outnumber cars two to one.”

And following China’s lead in introducing strict air quality and pollution control, regulators in our cities and towns can make electric bikes a more attractive commuting choice too. 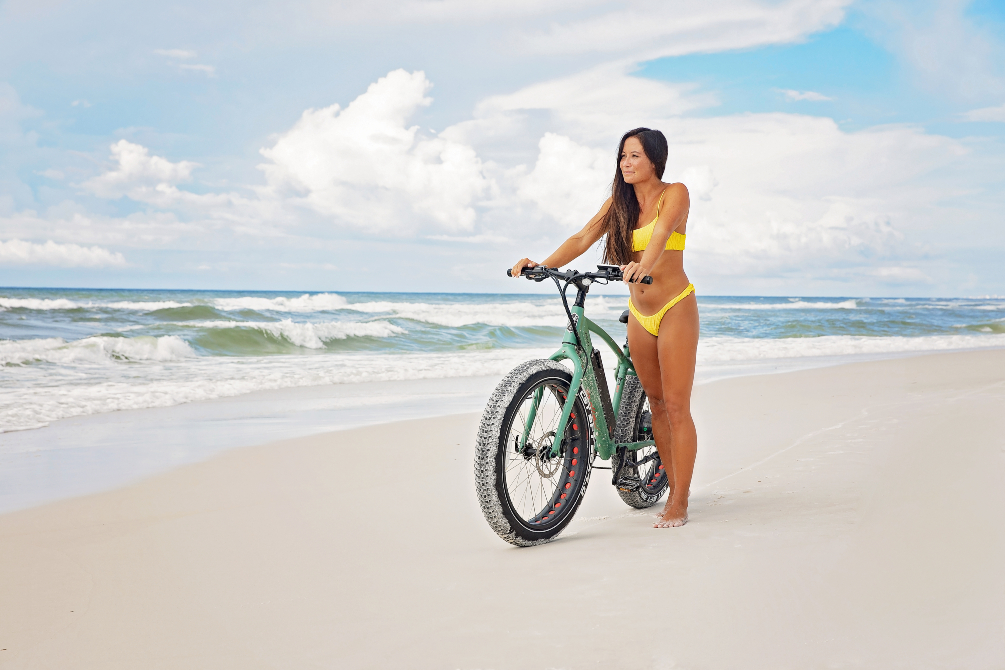 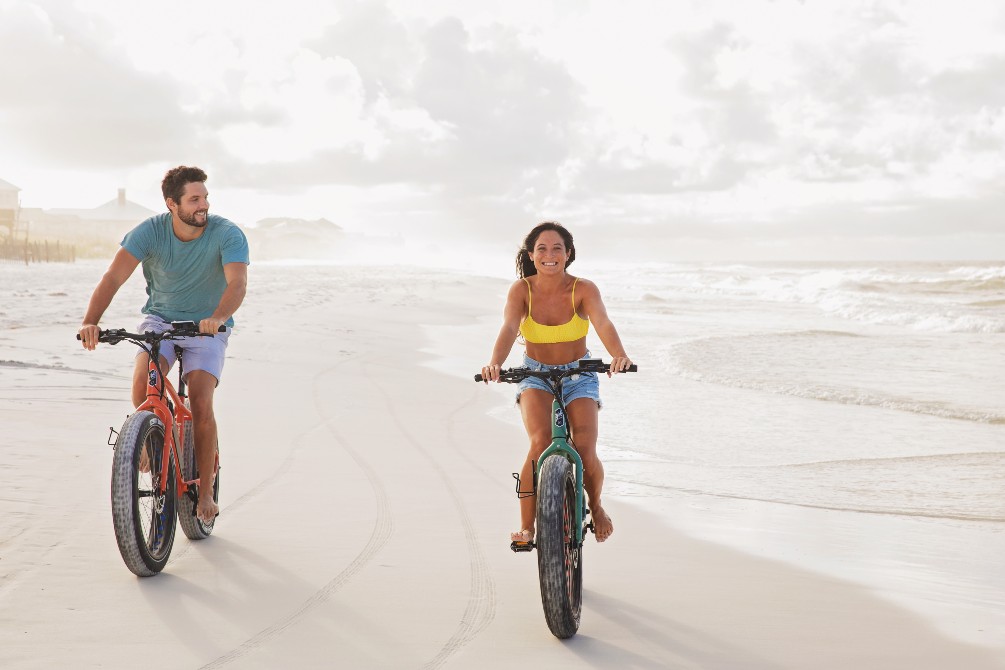 In fact, the opportunity for electric bikes to make a telling contribution in reducing global warming is most pronounced in semi-rural or suburban areas. Urban city dwellers in the West already have other low carbon transit alternatives — natural gas buses, subways and e-scooters. In the suburbs, journeys are typically in the electric bike’s ideal range of 5-15 miles and are largely solo riders. Switching to electric bikes for these relatively short trips could save millions of tonnes in carbon emissions and other pollutants.

“We set out to create a frictionless e-bike subscription service with no upfront costs and all-inclusive services,” Quidenus-Wahlforss told reporters at CNBC. “Dance is the perfect solution for those who are looking for a healthy, environmentally friendly, time-saving and joyful form of mobility.”

For urban professionals who have already taken the step of ditching car ownership in favor of ride-sharing apps, they can now download apps for electric bike-sharing services. Citi Bike, owned by Lyft, has 4,000 e-bikes at hundreds of locations in New York City, while Motivate, also a Lyft company, has nearly 1,000 electric bikes in the Bay Area. 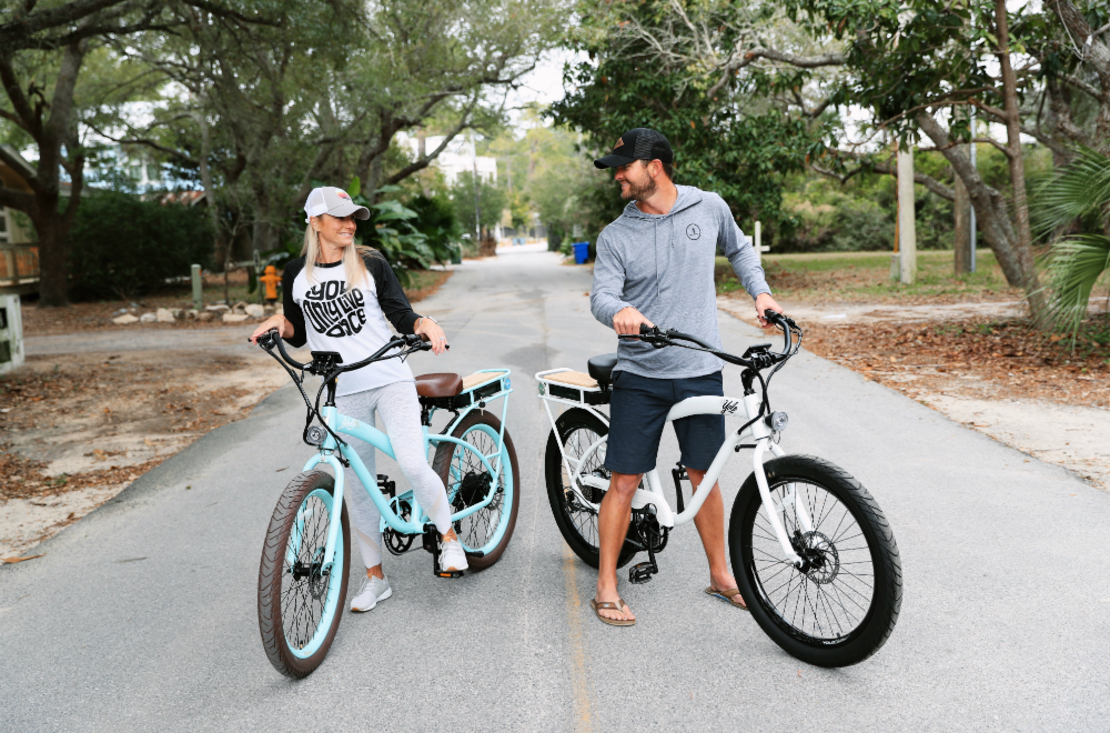 30A Electric Bikes by YOLO. Photo by: Jesse Foy

These subscription services are big business in India too. Founded in 2017, Yulu currently boasts 2.5 million users and 10,000 electric two-wheelers operating across Delhi, Mumbai, Ahmedabad, and Bengaluru. The e-bike membership program plans to increase its fleet size to 100,000 electric bikes by 2021, according to Amit Gupta, Yulu’s CEO.

Electric bikes are on the cusp of changing the way we travel. They meet our need for mobile independence. They don’t require parking spaces. They don’t get stuck in traffic. They don’t consume gasoline. They promote a healthier lifestyle. They reduce noise and air pollution, and they help combat global warming. Oh, and they’re a whole lot of fun too.