Swimming With The Stars - Ingo Rademacher - 30A 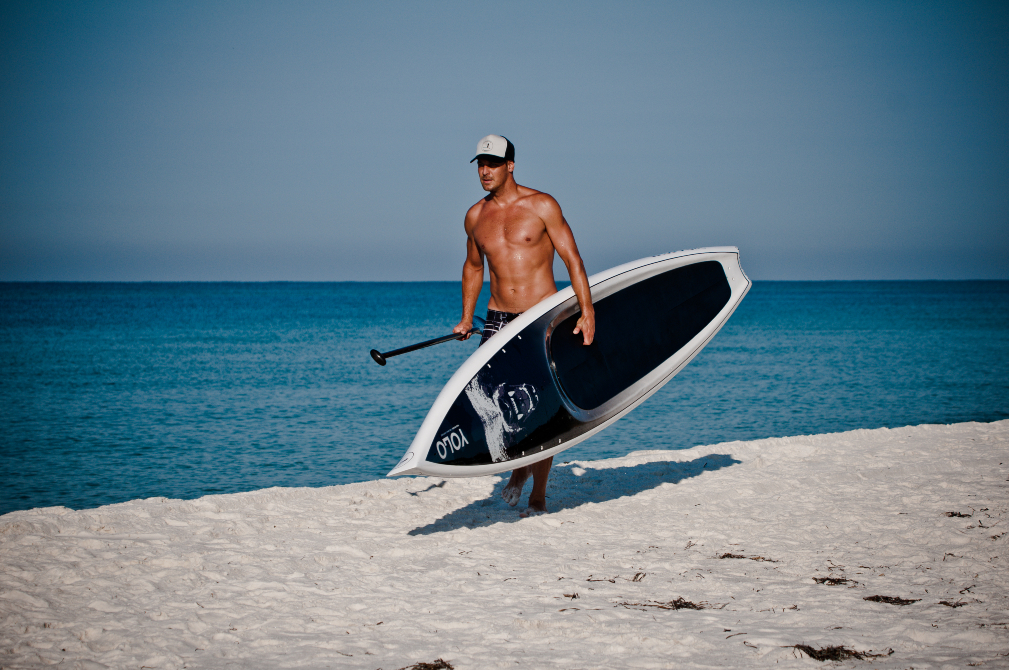 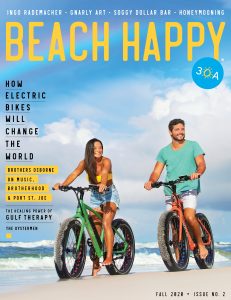 “A lot of people never put two and two together,” said Ingo. “Those that do recognize me know I’m working, so they usually just wave.

Sometimes I think people are sneaking pictures of me from the side, but then I realize they’re just taking photos of the lifeguard tower because of Baywatch. That brings you back down to earth pretty quick.”

Born in West Germany in 1971, Ingo’s family moved to Australia when he was ten years old. They lived on a 400- acre cattle and Angora goat ranch, where Ingo learned to be a professional equestrian. At 16, he became a lifeguard, patrolling the beaches near his home. He then started racing. Lots of racing. From sailing Hobie Cats to running marathons to paddleboarding, including the Molokai 2 Oahu Paddleboard Race, a grueling 32-mile race across shark-infested waters. After just six months of college, Ingo dropped out to pursue a career in modeling. He landed his first acting role playing surfer Sean Hayden in the Australian soap opera Paradise Beach. After the show got canceled, he moved to L.A. in 1994. 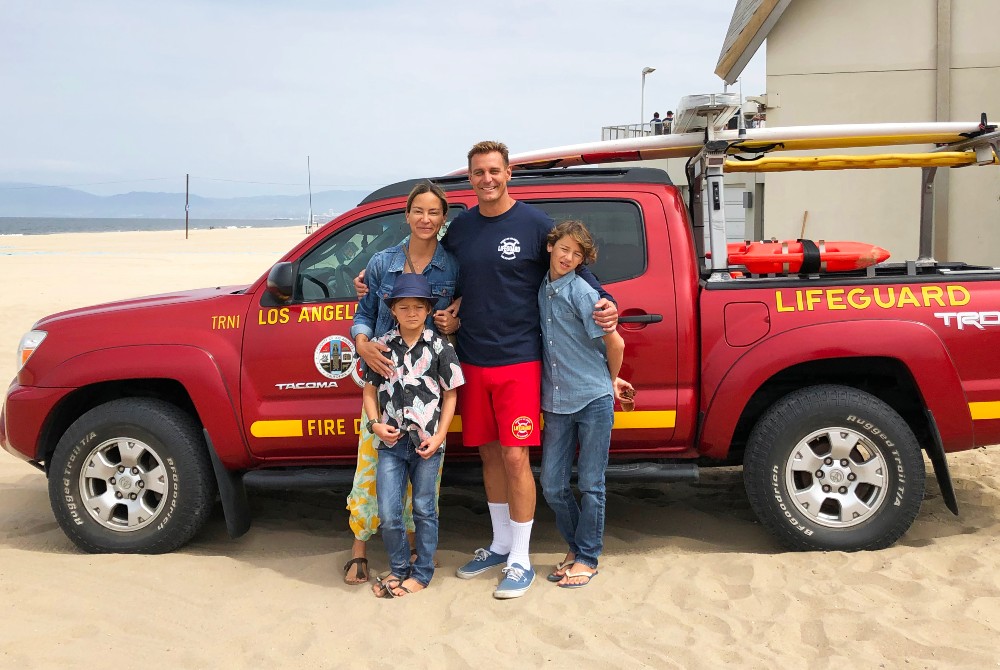 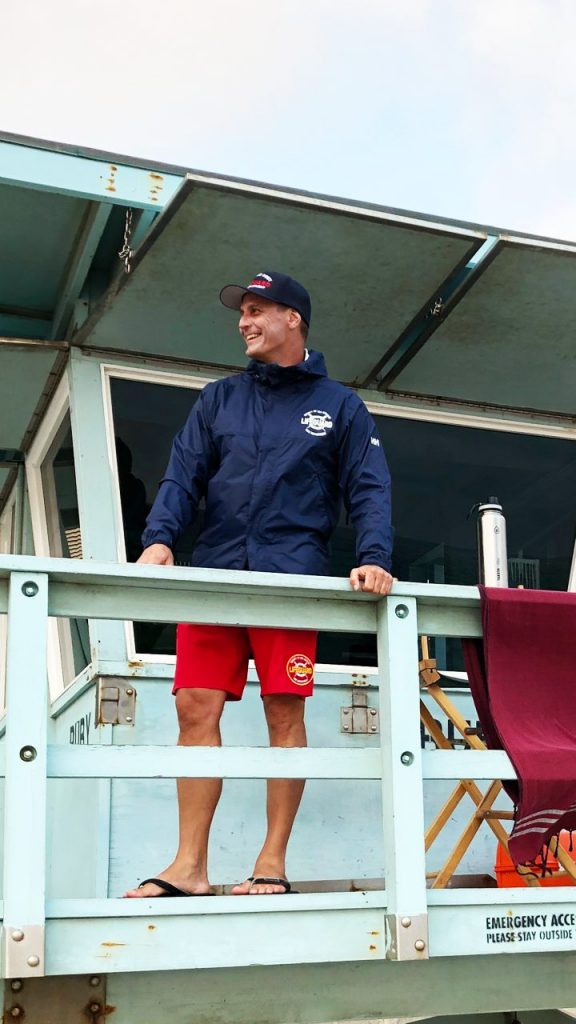 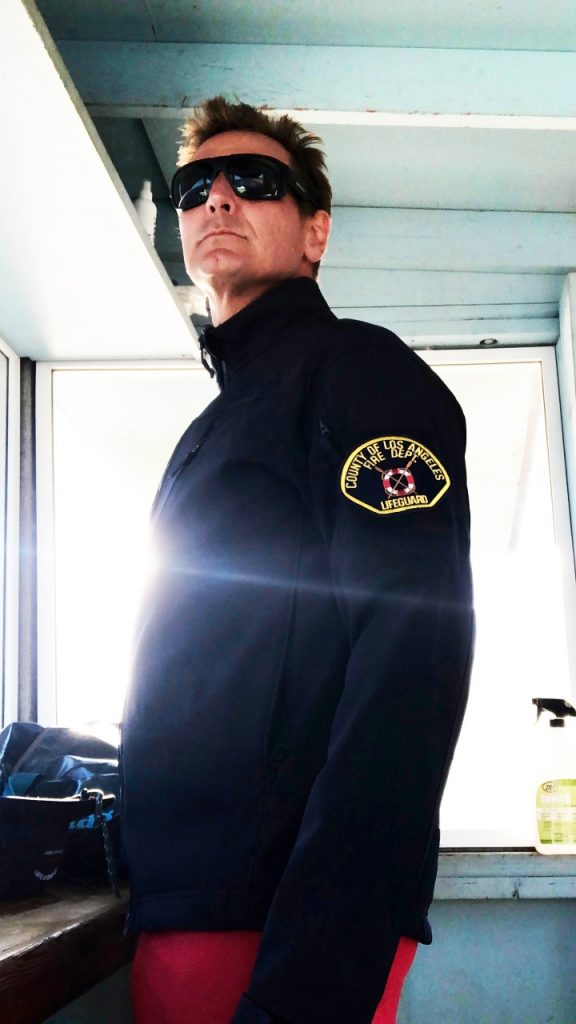 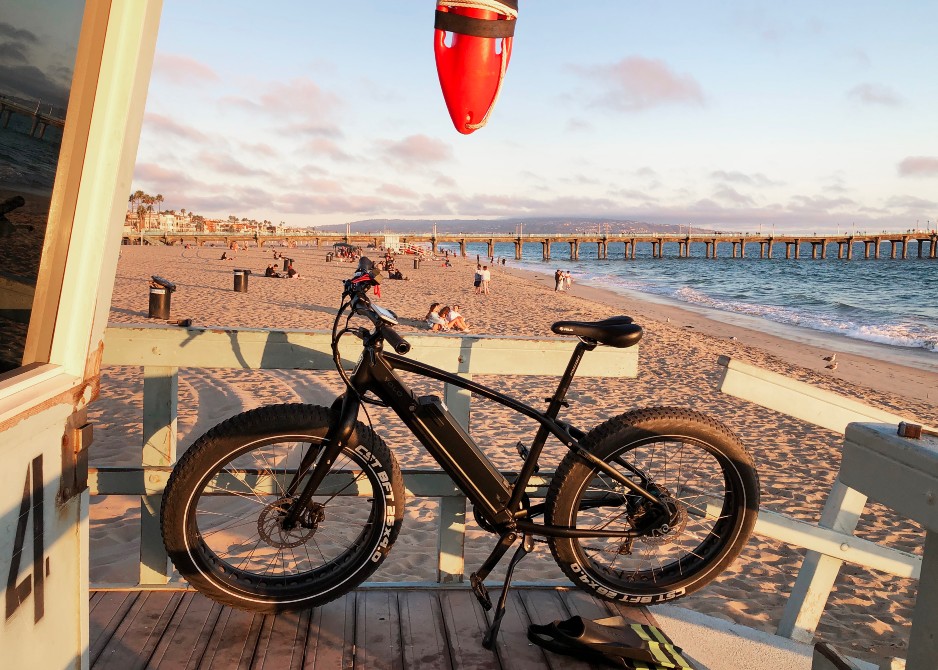 “I’ve been working out with L.A. county lifeguards since moving here, and I get so much time off from the soaps because of the way they shoot,” said Ingo. So, last year, Ingo decided to commit more fully, ultimately graduating from L.A. Lifeguard Academy.

“You know what? I really love it. And they need guys like me. College kids are just there for the summer. They need year-round help, and I’m a guy that’s generally available to help when they need me.”

Ingo works various lifeguard tower assignments — from L.A. Harbor in the south to Will Rogers State Beach near Santa Monica to as far north as Malibu.

Ingo said he might get the call, “Can you be at Manhattan Beach 4th Street Tower at 10 a.m.?” Manhattan Beach is a frequent assignment, as it’s just five minutes from his home. “Most days, I ride my YOLO Bolt electric bike to work. I love it.” He opens the tower, immediately checking the first aid kit, calling his supervisor if he’s short on supplies.

“After that, it’s all about keeping an incredibly vigilant eye,” said Ingo. “I’m constantly walking the beach. I’m constantly talking to people to provide help. Mostly, we help with minor medical issues such as ray stings, bee stings, sunburn and dehydration.”

And what about water rescues?

“Yeah, for sure. Ten minutes into my very first shift, there was a big rip right out in front of my tower,” he recalled. “All of a sudden, I saw another lifeguard sprinting down to the water. I saw two heads bobbing up and down, so I knew he needed backup.” They rescued a 12-year-old boy and his friend, visiting from Colorado, that day.

“They were very athletic. The rip just grabbed them. They were shocked at how sudden and powerful it was. Your instinct is to swim against it. You have to try to relax and let it take you all the way out, then swim parallel to the shore and then swim back.” 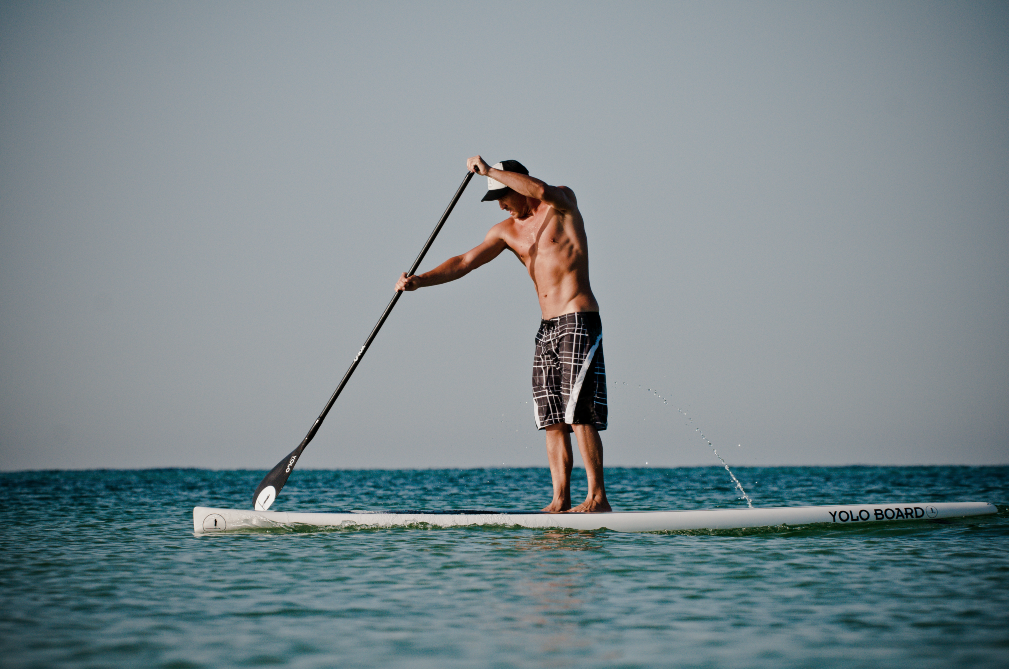 Every year, L.A.’s lifeguards make an estimated 12,000 ocean rescues and attend to more than 15,000 medical emergencies.

“When I was visiting 30A in 2012, I actually rescued someone from the rips near Seaside on my morning beach walk,” recalled Ingo.

When he’s not saving lives, Ingo loves to surf, paddle, and spend time with his gorgeous family. Ingo and his wife Ehiku have two sons, both home-schooled, Peanut Kai and Pohaku Zen. The couple also own Mahiku ([www.mahiku.com](http://www.mahiku.com)), an activewear brand inspired by their passion for Stand-up Paddleboard racing.

“I just bought my boys a couple of 9-foot race boards,” said Ingo. “We love going to Oregon to windsurf on the Hood River. We have a lot of places we love to go, but L.A. has just about everything we need for our active lifestyle.”

Ingo’s celebrity status isn’t unique among L.A. lifeguards. His friend Michael “Newmie” Newman from Baywatch is also a “real life” lifeguard, as is the show’s creator and executive producer, Greg Bonann. Baywatch is a worldwide phenomenon, listed by the Guinness Book of World Records as the most widely viewed TV series in the world. “Greg is one of the richest guys in L.A., but he’s still out here saving lives every week,” said Ingo.

When asked why he does it, it becomes clear that the water is simply in his blood.

“The stakes of being an actor aren’t really that high,” he said. “I wanted a job where the stakes are higher. If you screw up, someone can die. When you’re sitting in that tower, you can’t let your guard down, even for a moment. You have to make sure everyone goes home safe that day.” 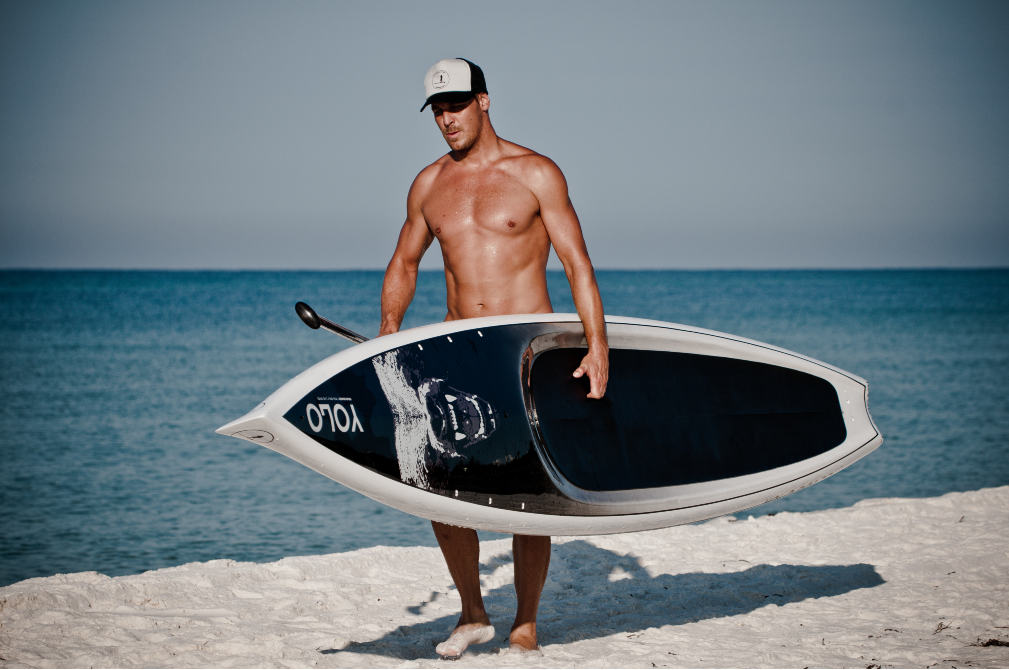