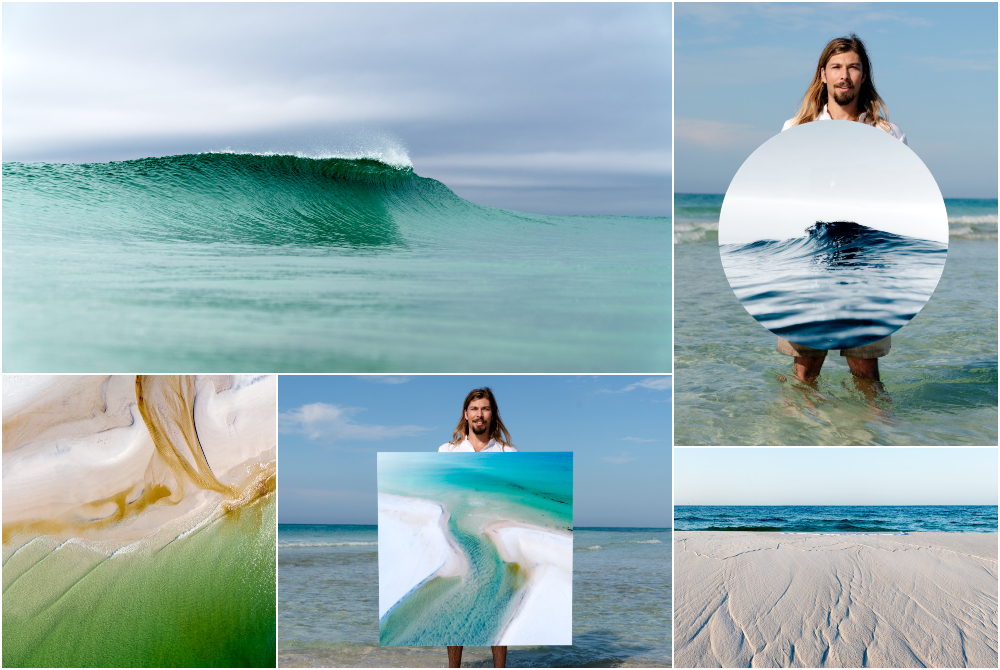 What do you think of when you think of the beach? Rest and rejuvenation? The sunshine, the shoreline and the wonderful feel of the ocean or gulf? These are some of the obvious things.

Let’s face it, for those of us lucky enough to live at the beach, 30A, in particular, is a little slice of heaven. Here you can find all types of people, so much bio and eco-diversity in our little corner of the world. Jonah Allen, a young, local artist, has found a phenomenal way to capture the crown jewels of this extraordinary stretch of coastline.

I recently had the opportunity to sit down with Jonah and learn more about him and his mission. I can tell you, his work will change the way you think of the beach. 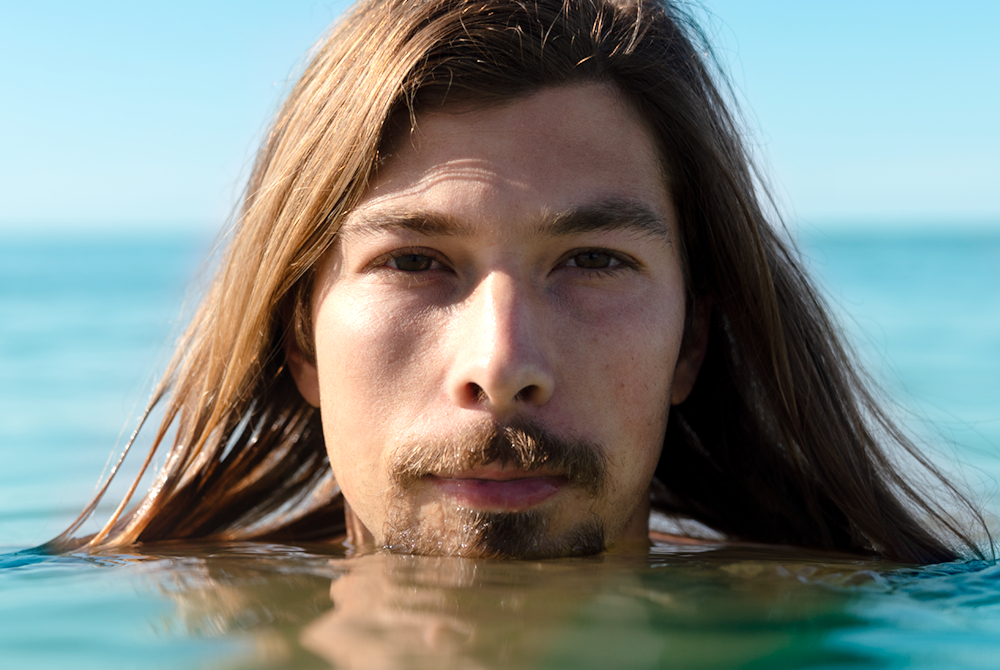 Originally from Atlanta, Georgia, Jonah graduated from UGA in 2016 with degrees in Marketing and Studio Art. I learned very quickly that he is a goal-oriented deep thinker. The son of a commercial airline pilot, he was fortunate enough to fly often to distant locations as a child.

Jonah tells me, “Flying at ten years old, I would stare down the whole flight. Other people would be watching movies, and I was just glued to the window.” During visits to the family vacation home in Seagrove, he learned to surf at the age of ten, and says he officially fell in love with the water by the age of twelve. 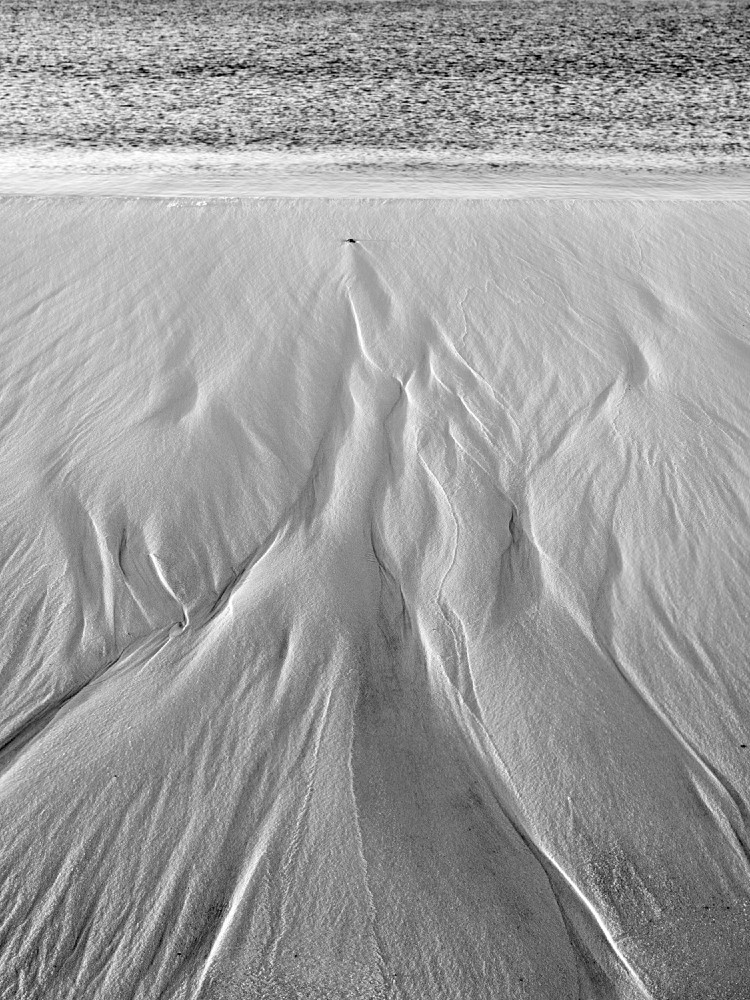 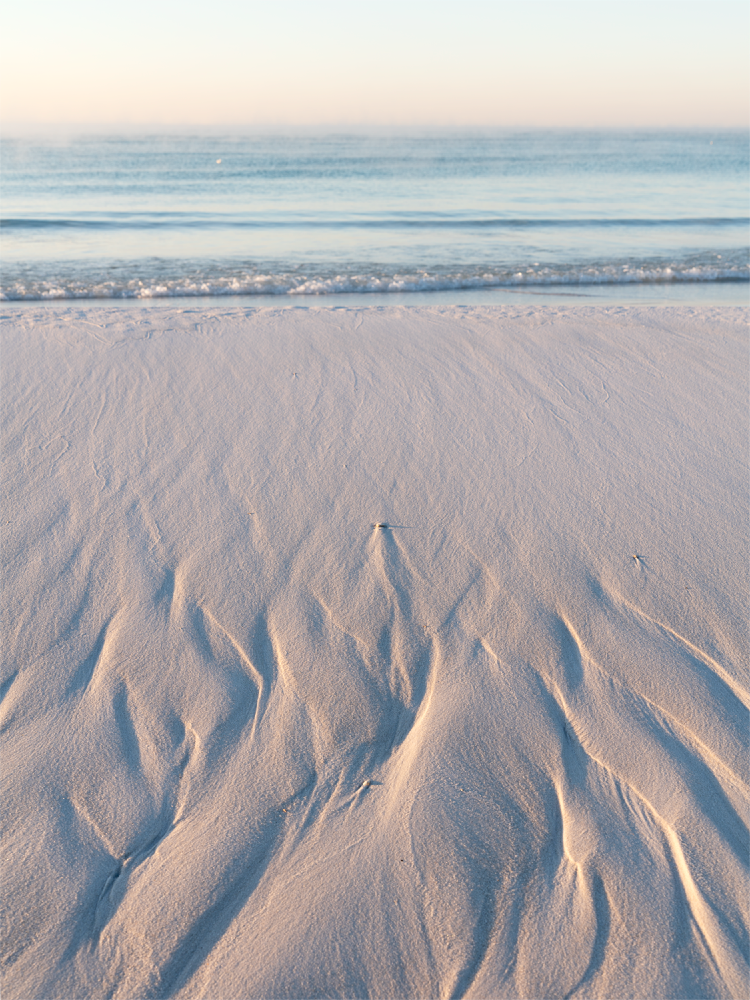 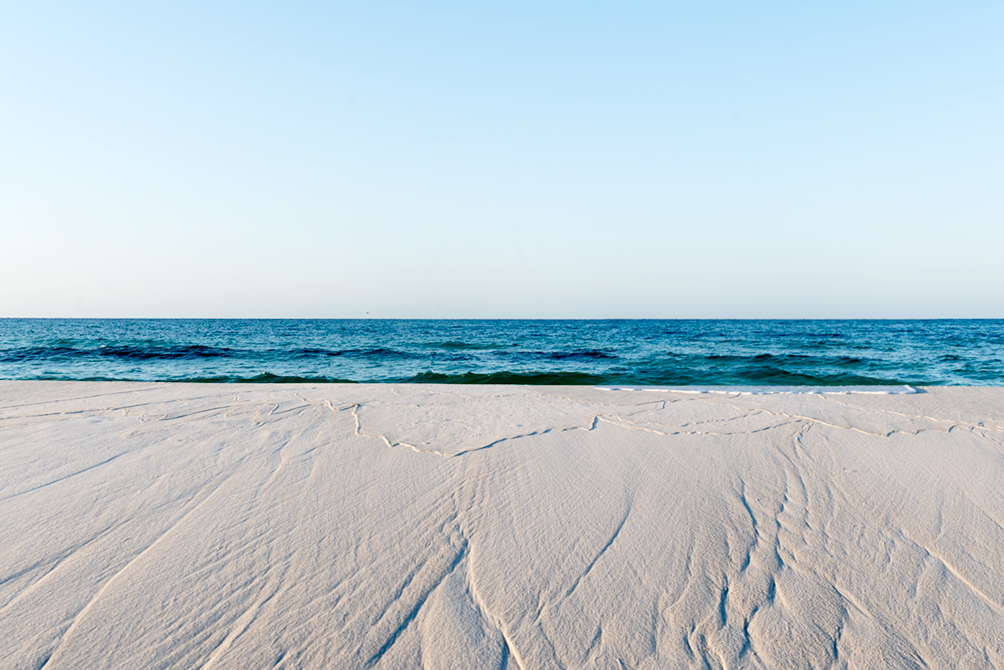 ‘Veins of Sands’ series. “I’ve always been fascinated with sand’s ability to show time. It’s a medium that leaves a visual trace of the element that altered it. Whether it’s weathered, eroded, or deposited, there is evidence of what has taken place around the sand.  In this particular image, the history of things are available in a single moment, something I strive to achieve in a photograph. To be able to look at still image and see indication of time is captivating. In this particular capture, it is not wind or flowing water that has altered the sand. Rather, it’s water that has slowly receded, leaving veins of sand. Evidence of receded time. ” – Jonah Allen

Jonah says, “I picked up a camera about thirteen years ago. A friend of mine was given an
underwater camera for a holiday, so I borrowed it and began photographing the ephemeral
relationship between light and water. Because he visited during winter months, or because the water wasn’t always conducive, he wasn’t always able to surf and says, “I could capture these fleeting moments that felt like surfing and take them back to Georgia. Although I didn’t know it at the time, I was coping with the fact that I didn’t live near the ocean. I haven’t put a camera down since.”

He spent most of 2017 chasing down waves all over the world and made 30A his permanent home that year.

“I’ve stayed because this area and clientele allow me to align my passion with my job and career, which is an absolute blessing,” he says.

Jonah tells me he cares very deeply about the future of the earth, especially in relation to water, and he feels that means taking action. He photographs subjects he is passionate about, and wants others to be passionate about them too. “You cannot get people to care about something unless they experience it first hand. If a photograph can inspire someone to go and experience the ocean, then they might just care about the future of it.” 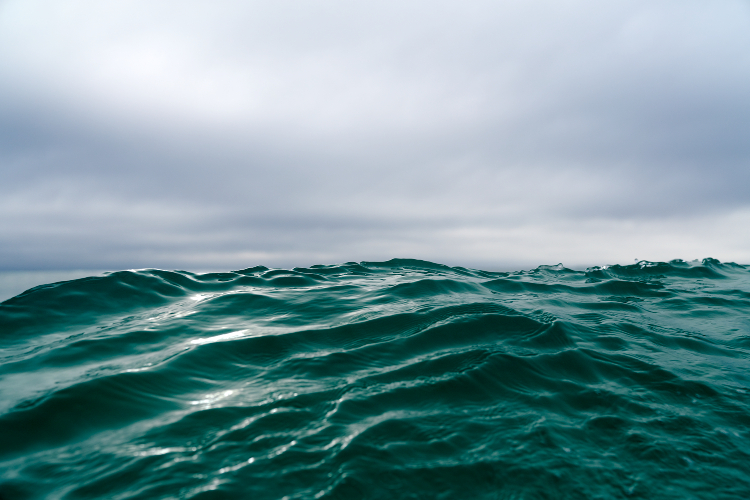 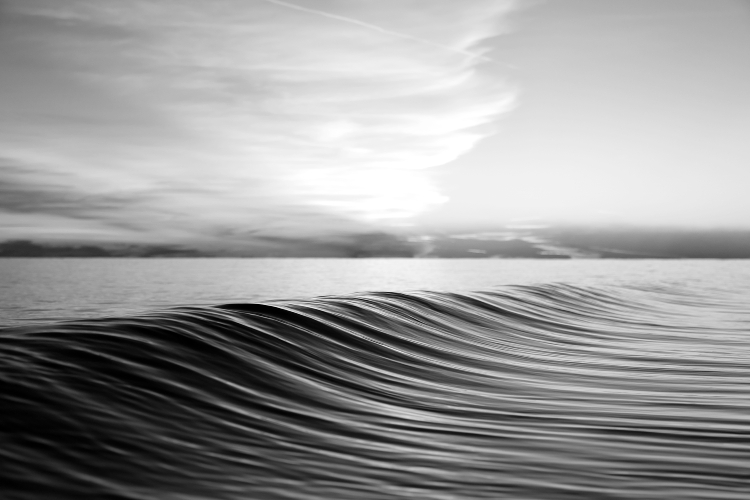 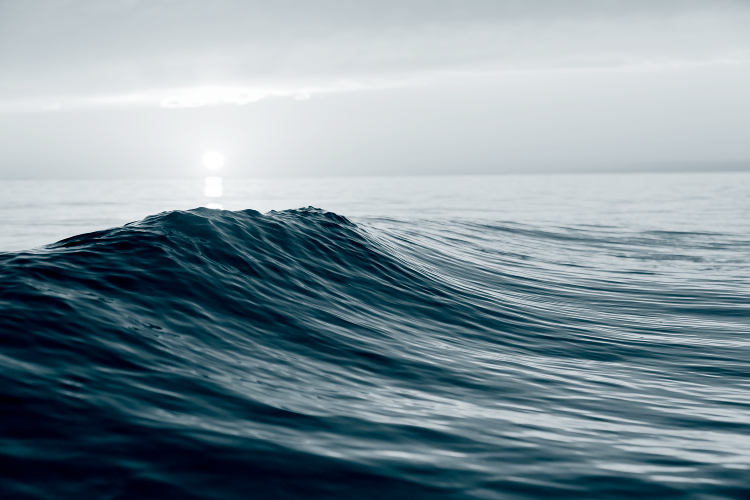 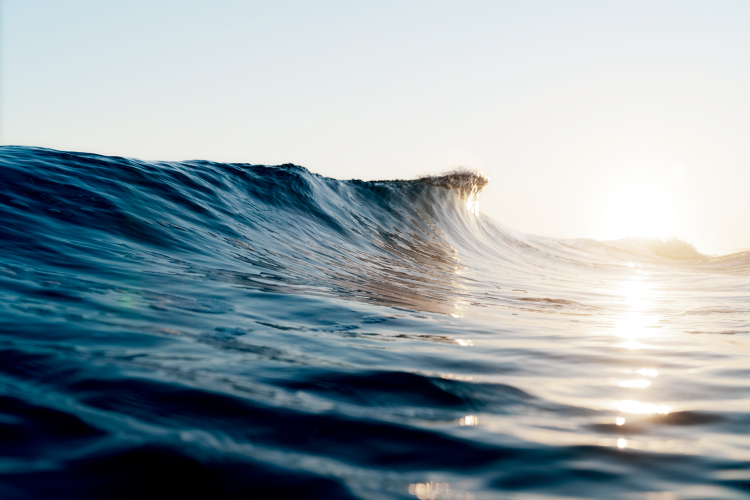 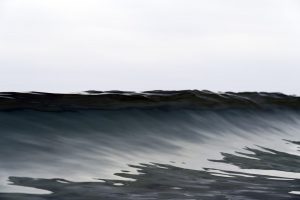 ‘Peaks’ series. A picture could be said to be latent, or even non-existent, and has to be brought into existence almost magically. A photograph has to be made from a precise point, something that I would see which only occurs in one spot, from one height, with one particular lense” and finally only in one particular moment. This quote by Edward Burtynksy resonates with me deeply. I don’t take photographs, I make them. The “Peaks” series are about this concept, where I am placing myself in the ocean, in front of incredible moments between water and light. For the last 13 years, I’ve sought to capture the ocean’s calming essence in an image, with the hopes to transport you to the peaceful state the ocean brings me. This series is that never-ending quest to show the ephemeral relationship between water and light.” – Jonah Allen

Jonah has had a busy three years. He has spent the majority of his time working tirelessly on several different series of work, all which rely on the cooperation of the weather. He monitors and researches tides, wind direction, swells, and quality of light to create his photographs. He works from the surf and goes into the air either by drone or helicopter to capture aerial scenes of the great outfalls from the rare coastal dune lakes, the ever-changing patterns of the crystal white sand, or the up-close relationship of a wave peak in the glinting sunlight. This is followed by countless hours of post-processing to create large format prints, sometimes compiled of up to one hundred images.

The final product is archival artwork made from the highest quality materials. Jonah says, “Then that print makes its way to someone’s home or an art gallery.

There, the piece can give emotion to the collector in the same way it gave me emotion in
creating it.” 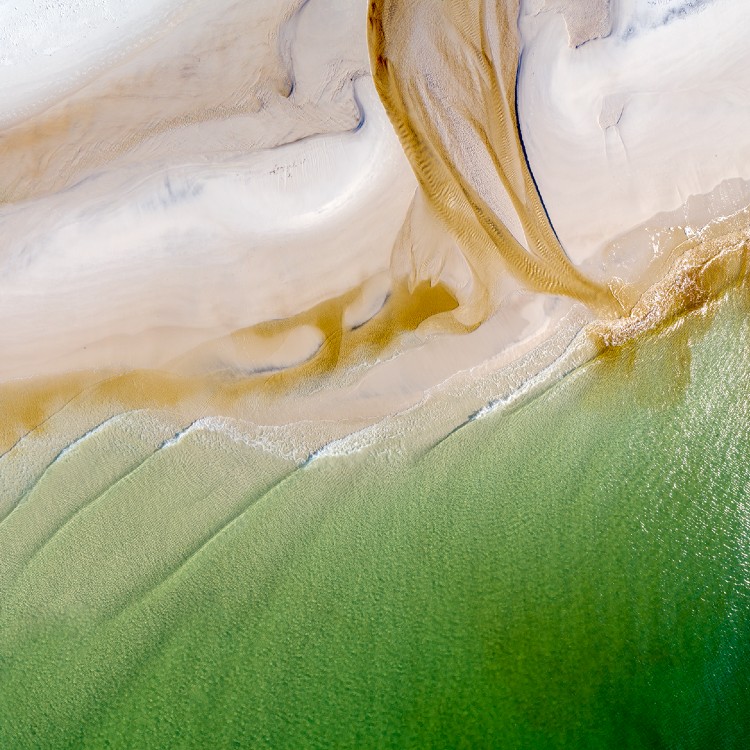 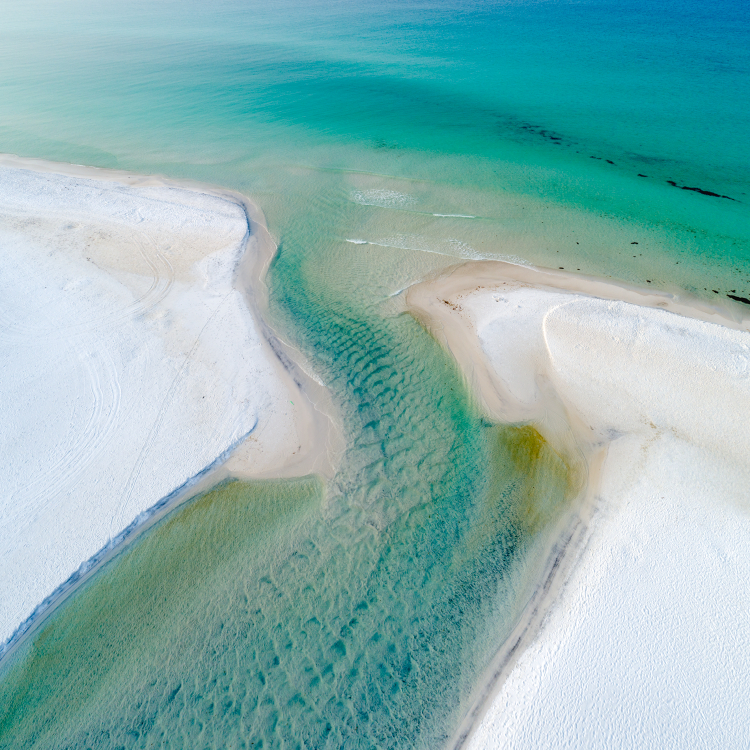 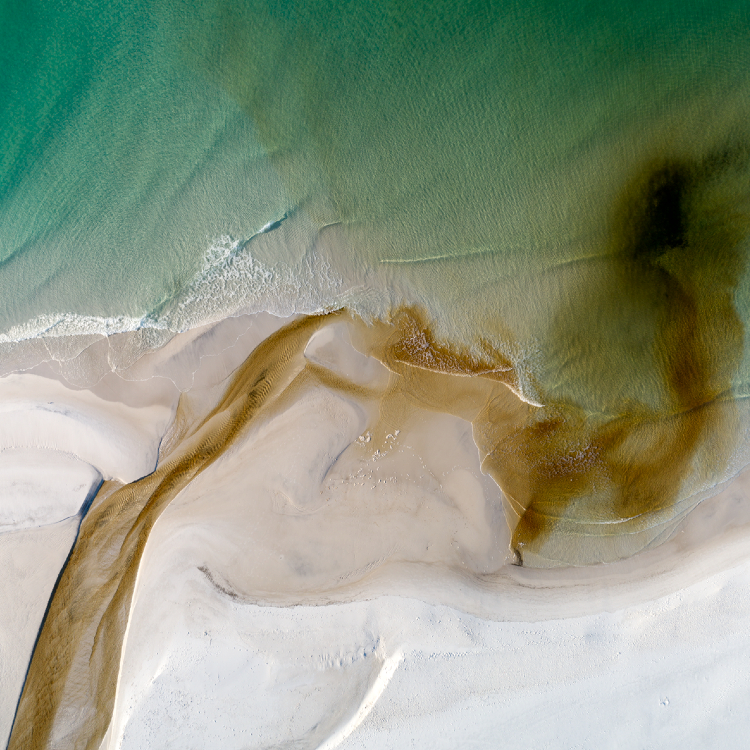 ‘Outfall’ series. “The coastal dune lakes have become an icon of 30A for many reasons, but I am particularly fascinated with the icons because of their dynamic qualities. On any given day, the outfalls are changing on an hourly basis. After spending days of my life watching the flowing waters of the outfalls from the ground, I wondered what they would look like from above. So, I’ve spent the last 3 years photographing the coastal dune lake outfalls from the air. For me, the images are mesmerizing because they can never be made again. No two outfalls, even from the same lake, will ever repeat themselves. On a more important level, I’ve been documenting these lakes because they are facing unprecedented external pressures from human impact. I want to raise awareness about how rare and beautiful these lakes are to our community, and I am going to do that through these moving images.” – Jonah Allen

Jonah’s hard work is paying off and his work now hangs in galleries in New Orleans, Naples, FL. and can soon be seen in galleries in Dallas and Chicago. We’ll be keeping an eye on him as he continues to chase his dreams. He has plans underway for a book displaying his work focusing on the ecology of the dune lakes, and a short film that will feature his photographic “process” from beginning to end.

I asked Jonah if he would choose some of his favorite photos, and share some of his thoughts on each one. Take a virtual walk through the gallery of his work. You are guaranteed to enjoy its wonder. 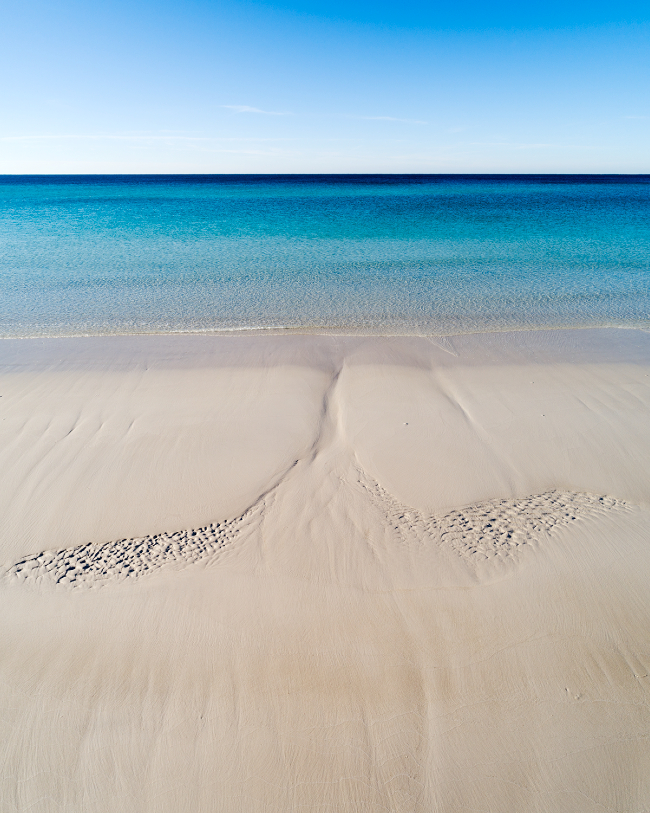 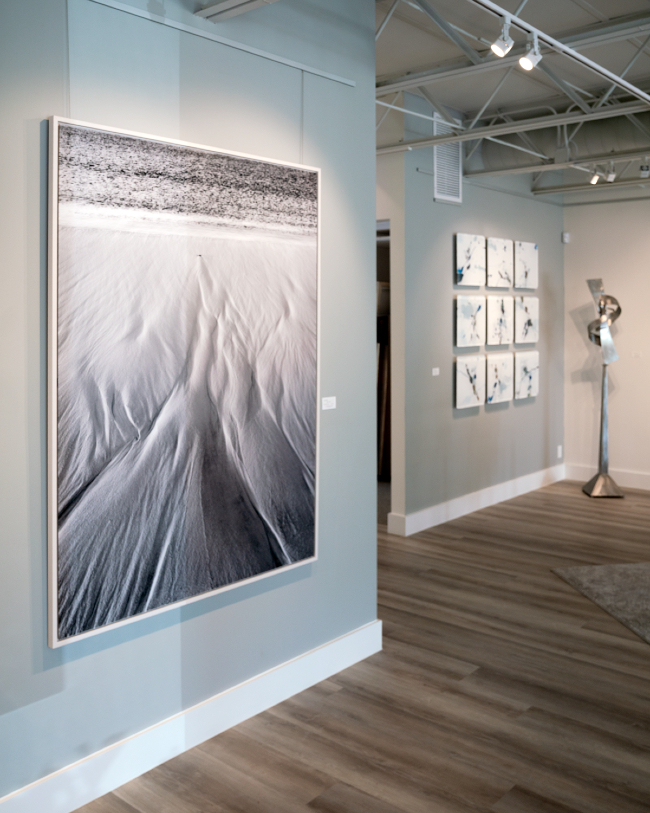 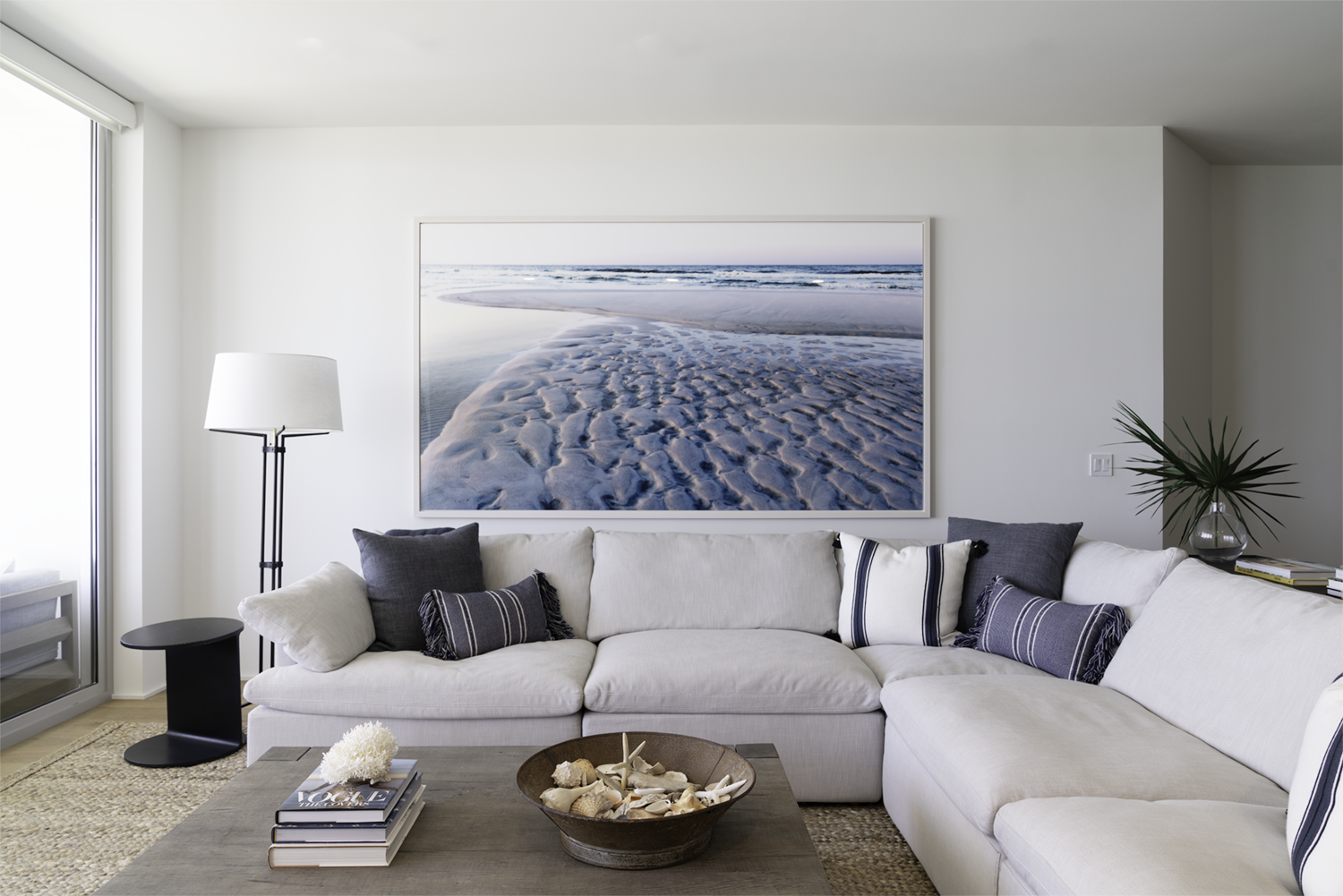 SUSAN GUNN is a retired paramedic and freelance photographer/writer living in Santa Rosa Beach. When she is not working, she can be found in the water or exploring the beauty of Florida. 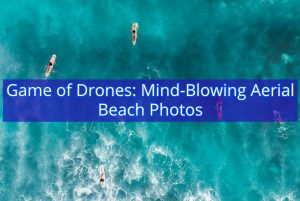 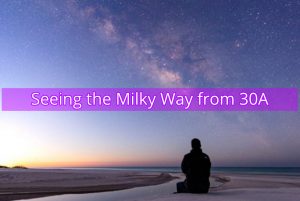