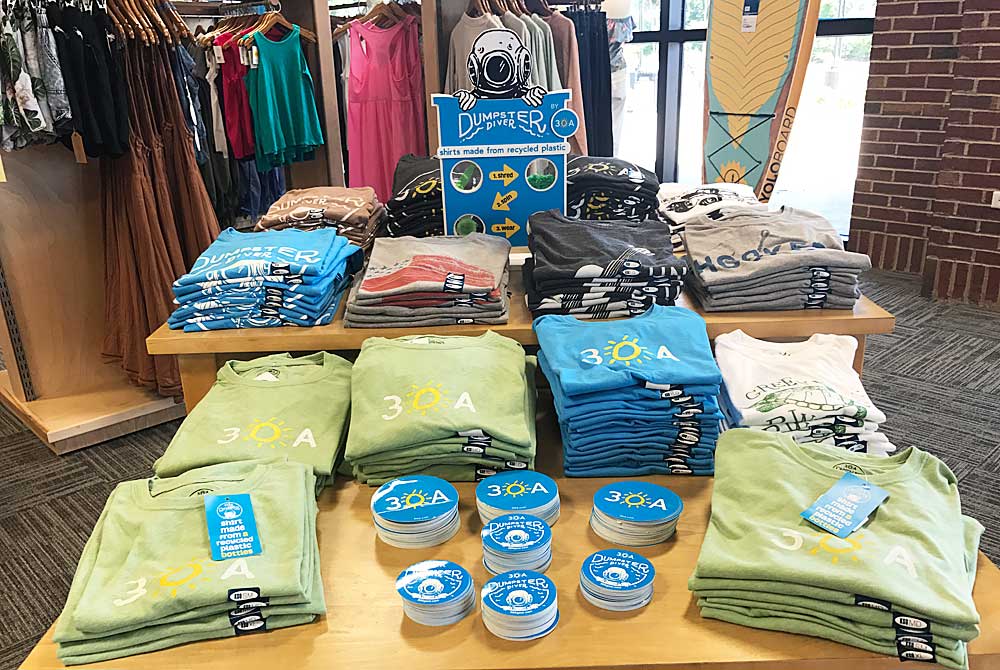 Kinnucan’s Speciality Outfitters is now open at Grand Boulevard at Sandestin. Headquartered in Auburn, Alabama, Kinnucan’s is an apparel and active lifestyle store.

“As Kinnucan’s continued to expand throughout the Southeast, we knew we wanted to be in Florida,” said Bobby Lake, President of Kinnucan’s. “The Destin and South Walton area made sense geographically, but more so, the area around Grand Boulevard has been growing at such a fast rate we really wanted to be a part of that growth.”

Now included among the brands sold at Kinnucan’s at Grand Boulevard is 30A Dumpster Diver – shirts made from recycled plastic bottles! In fact, Kinnucan’s was so impressed with the quality of 30A’s Dumpster Diver shirts, they wanted to carry the line as soon as they opened their new location.

“30A not only has a great story behind the brand, but the product itself is also amazing,” said Laura Rogers, buyer for Kinnucan’s. “The hand on the shirts is terrific and the process of cleaning up our beaches and oceans by creating such a wonderful fabric is incredible.”

30A Dumpster Diver shirts are made from recycled plastic bottles that could otherwise end up in our oceans. In fact, every shirt rescues about eight 16-ounce plastic bottles from landfills across the southeast. The recycled plastic is blended with recycled cotton, so the shirts are unbelievably soft. The recycled yarn is made in the U.S.A. and Dumpster Diver shirts are printed in Santa Rosa Beach, Florida. The shirts feature a variety of beach- and outdoor-inspired designs.

“Thanks to 30A for helping to keep our oceans and beaches clean while outfitting our guests with such a great product,” added Rogers. 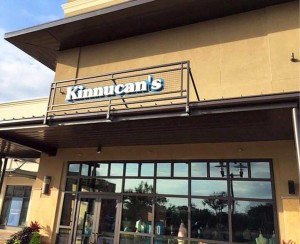 Kinnucan’s is located at 400 Grand Boulevard. Their phone number is 850-842-4770. For more information visit kinnucans.com or grandboulevard.com.

Mitch Jaugstetter is a Summer Intern at The 30A Company