Sink Your Teeth into These 10 Piranha Facts – 30A 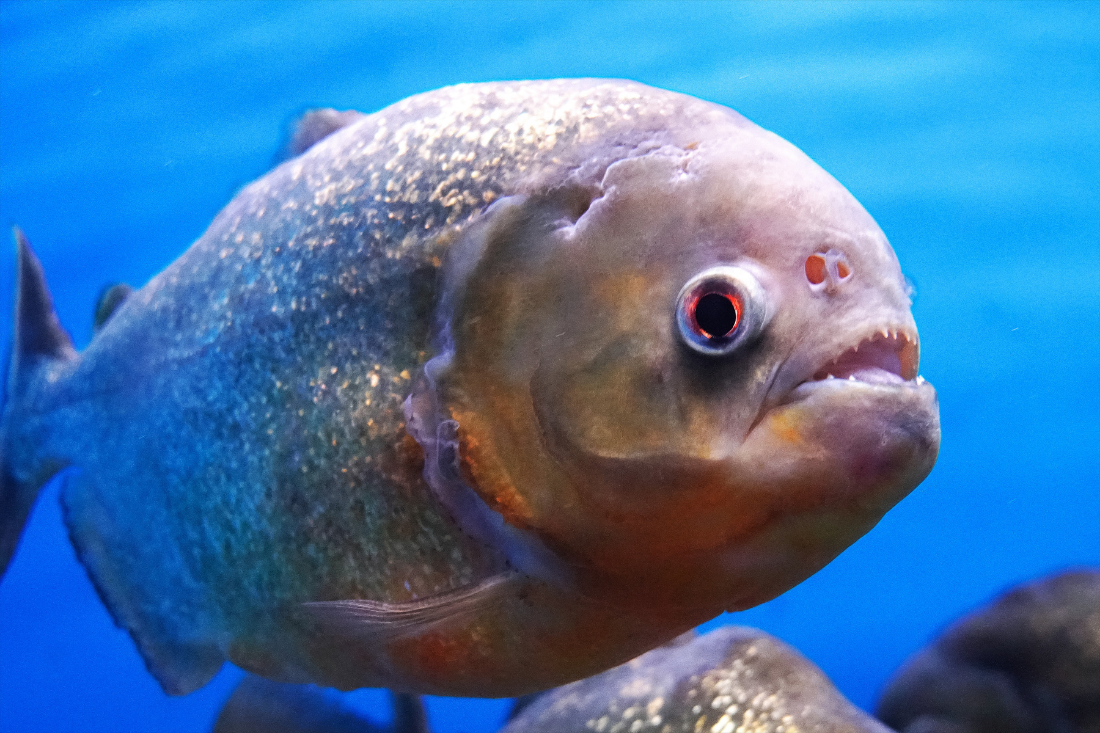 Everyone has heard of piranhas, but most of what they believe to be true can be attributed to Hollywood. The same Tinseltown magic that amped up fear of sharks to an arguably unhealthy level when Jaws hit the theaters also has taken aim at piranhas.

In 1967’s You Only Live Twice, a movie in the James Bond franchise, a character meets her untimely end by being fed to piranhas. In 1978, a Jaws-inspired series of B-movies starring killer piranhas first hit the screen. Despite these fearsome depictions, the title of most misunderstood fish could easily be handed to the piranha. Here are some facts that set the record straight.

While piranhas do eat fish and snails, they also eat plants, fruit, and seeds. That makes them omnivores, not carnivores. Some species, such as the Tometes camunani, are vegetarian, only consuming river weeds.

2. They Pose a Low Risk to Humans

While there have been documented cases of piranha-related deaths in humans, piranhas don’t generally attack humans. They shy away from attacking big prey, and when they do, it’s because they are starving or because the prey is usually deceased or almost dead.

President Theodore Roosevelt wrote about the bloodthirsty nature of the piranhas he saw on an Amazon basin trip from 1913 to 1914. While he did witness piranhas tearing into their large prey, he didn’t know the show had been set up to amaze tourists.

Trapped piranhas were kept starving for days so they’d savagely attack large prey in front of the onlookers. Roosevelt didn’t realize that behavior was not typical of piranhas.

4. They Can Eat Quickly

Piranhas travel in schools —there can be dozens of them in a school or even several hundred. They stay together as a form of protection rather than to form a super intimidating hunting pack. If they are starving, they can pick the flesh off their prey in mere minutes – and that ability, even when rarely used, is what gives them their fearsome reputation. 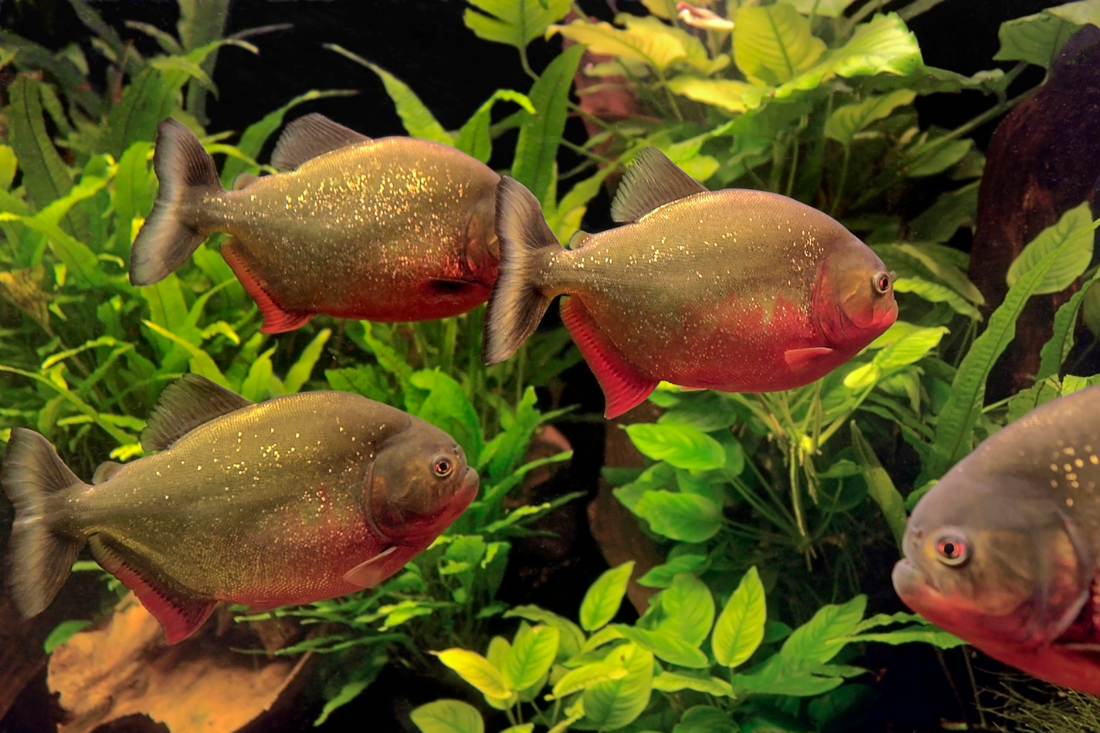 Exotic animal smuggling is profitable, and it’s not just for big game species like tigers. In 2014, a New York resident smuggled almost 40,000 piranhas into the U.S. In some states, it’s legal to own piranhas as pets, although many U.S. states have regulations against it.

Piranhas, cold-blooded freshwater fish, live best in warm water, like the water it finds in the streams and rivers of South America. If the water source is above 54 degrees Fahrenheit, they can survive, but they die off when it drops much lower than that.

Some people are concerned piranhas could become an invasive species someday in parts of the U.S. due to irresponsible pet owners releasing them into the water. It’s not as farfetched as it might seem. A red-bellied piranha was found in a lake in Texas in 2011.

7. They Have a Highly-Developed Sense of Smell 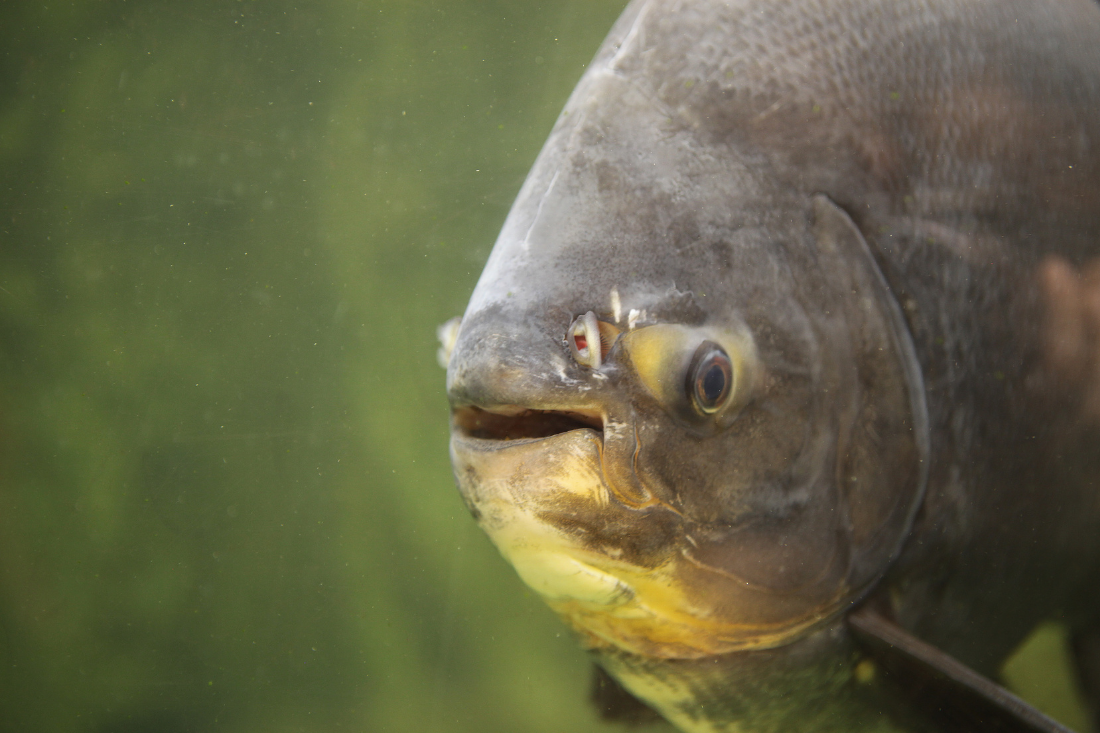 Visibility isn’t great in the murky water piranhas inhabit. Their sense of smell can help them find food.

A single drop of blood can be enough to help them locate prey in the water nearby.

For all the fear people have of being eaten or bitten by piranhas, these fish should be far more scared of us than we should be of them. The indigenous people of the Amazon fish for and eat piranhas, although they have a strong fishy taste to them that wouldn’t be everyone’s idea of a great meal.

9. Their Teeth Are Useful for People 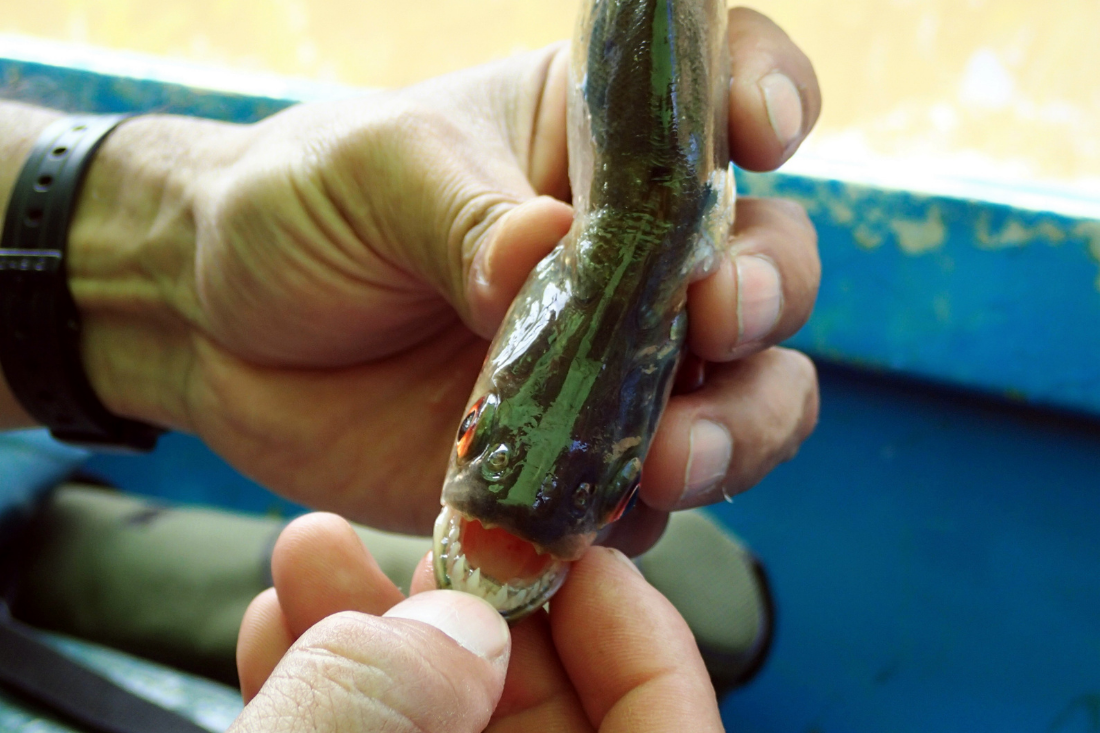 Indigenous people of South America don’t let those sharp piranha teeth go to waste. They often use piranha teeth for their tools and weapons to complete tasks such as wood carving and cutting hair.

Red-bellied piranhas can make a barking-like sound when fishermen trap them or when trying to scare off a threat. They’re able to make this noise by contracting muscles that create vibrations in their swim bladders.