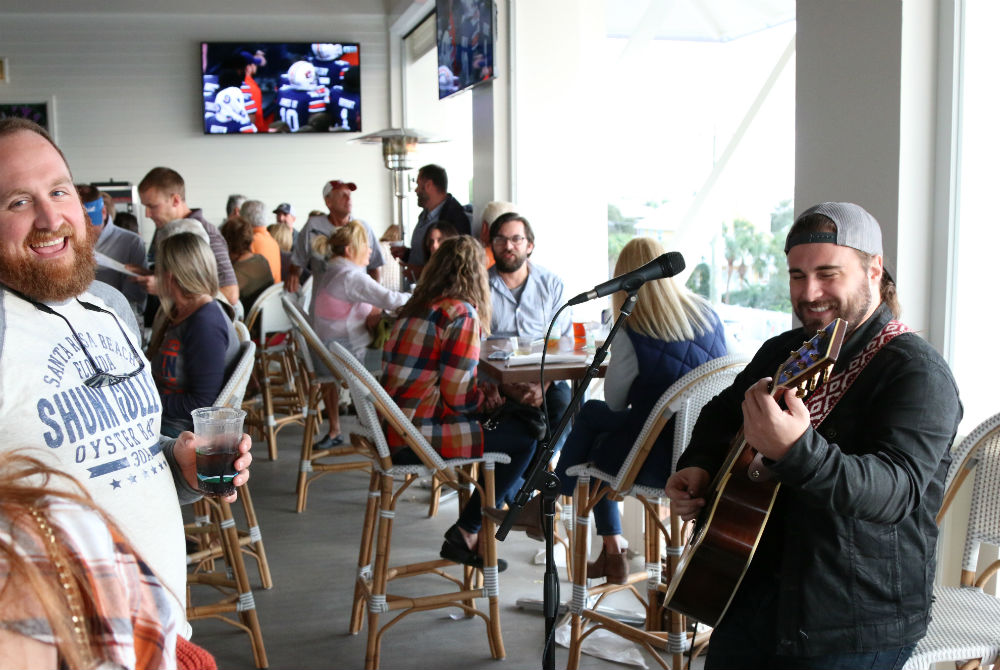 While the name is initially a bit of a tongue twister, through word-of-mouth and mouth-watering food Shunk Gulley has become all the buzz since its opening.

Named for the Gulf reef located directly in front of South Walton’s Ed Walline beach access (and just in front of the restaurant itself), Shunk Gulley Oyster Bar has become its own point of reference for football rivalries, fresh seafood and oysters, and a gathering spot for everyone who loves basking in open air gulf views.

With the professional prowess of Kirk Williams as General Manager, Grant Hill as his right hand, and Chef Tyler McMahan heading up the talented culinary team, the Shunk Gulley staff is crewed up for the high season ahead.

Chef McMahan is excited for this new challenge and has many ideas where the menu will go. “We always want to source everything as local as possible,” McMahan said.

“I want our guests to leave room to tour the whole menu, all the way to our not-to-be-missed house-made desserts!” Chef’s excitement for what he does is palpable.

Tyler McMahan traveled the world as a military kid, but built an impressive culinary resume as a chef including local favorites like Brotula’s, Jacuda’s and Cuvee Bistro.

The chef’s style mirrors the menu at Shunk Gulley, classic coastal fare with a side of southern hospitality.

His is an open kitchen, orderly and organized. “I invite people to come back there and see it for themselves,” he confided.

The Cause That Replenishes

You’ll come for the tasty food and drinks but be prepared next to be hooked on what Shunk Gulley is doing not quite a mile due south in the Gulf of Mexico.

Not only did they name their restaurant after a reef, Shunk Gulley has partnered with South Walton Artificial Reef Association (SWARA) to play a direct role in creating a more diverse marine ecosystem. 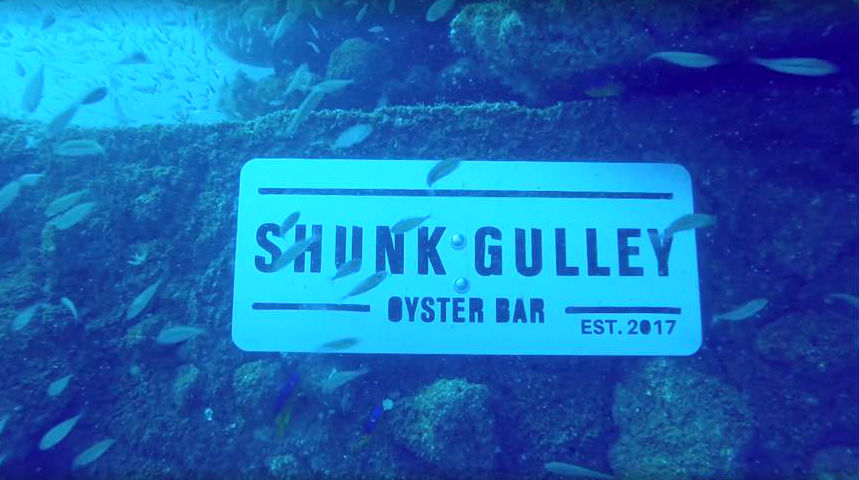 New artificial reef structures have been deployed in the Gulf which bear the Shunk Gulley name. The idea for SWARA originated from concerns over the effects of the 2010 BP oil spill.

Building beach-accessible, artificial reef habitat systems is a unique approach that provides tremendous economic opportunities for an area so invested in ecotourism. The first reef was put in place in 2016 off the coast of Grayton Beach.

“We’ve already identified more species than we ever imagined, including juvenile Snowy Grouper. Snowy Grouper typically live in ocean depths of more than 500 feet,” said SWARA President Andy McAlexander, who is the first recipient of 30A Local of the Year.

Check out this video of the recent reef deployment by Blue Door Video:

The reef sponsorship from Shunk Gulley will help fund the building of even more artificial reefs in South Walton. These snorkeling reefs will keep giving back for all of our lifetimes.

Building a more diverse local ecosystem and supporting local fishermen all while serving up deliciousness? Shunk is a slam dunk!

Open from 11 am to 10 pm each day, Shunk Gulley is the ultimate trifecta of good food, amazing gulf views, and local conservation. You don’t want to miss out on this newest South Walton staple.

Shunk Gulley sits on the corner of County Road 393 and Scenic Highway 30-A, just across the street from Gulf Place.

Enjoy a summer getaway at Alys Beach, the premier luxury resort town on Florida's Gulf Coast. Alys Beach is a unique New Urbanist community that combines stunning architecture with the gracious character of courtyard living. Guests can tailor their vacation to include the ﬁnest culinary talents in the region, distinctive shopping choices, outdoor activities on an exclusive beach, winding nature trails, and a state of the art wellness center. The utmost in beauty and luxury awaits.
1,306,903FansLike
157,501FollowersFollow
24,000FollowersFollow
3,980SubscribersSubscribe