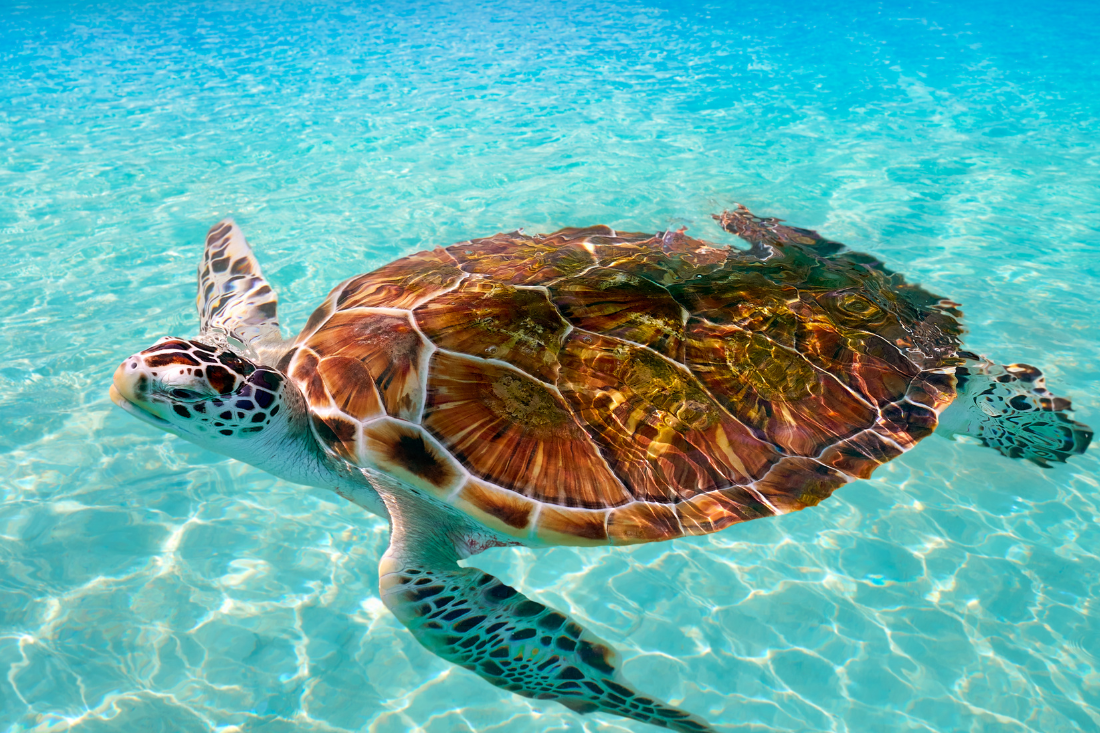 South Walton Turtle Watch (SWTW) is a group of local volunteers, led by Sharon Maxwell. They work together with U.S. Fish and Wildlife and the Florida Fish and Wildlife Conservation Commission to track, mark, monitor and evaluate sea turtle nests along our beautiful beaches of South Walton.

The group monitors adult sea turtles, keeping track of a wide variety of statistics, including the species that crawl out of the water. They document the width of the track to get an idea of the size of the turtle, and they determine if there is really a nest or if it is just a false crawl. (A “false crawl” is when a turtle comes up onto the beach, but then goes back into the water without laying eggs.) After a nest hatches, the group determines the success rate of the nest.

Endangered and threatened sea turtles nest on our beaches from May to October.

Maxwell’s first experience with sea turtles in South Walton was when she worked for Grayton Beach State Park rangers in 1993. The next year, she and a friend explored nests that they discovered or that were reported to them. They attended a Panhandle sea turtle meeting and reported that there were 25 nests on our local beaches. Officials felt Sharon was surely mistaken, because they believed that sea turtles didn’t nest on our beaches. None had ever been reported before.

But Sharon was right.

So, in 1995, with the help of U. S. Fish and Wildlife, Maxwell and her team began walking the beaches of South Walton looking for signs of sea turtle crawls and nests. In 2000, SWTW was named the Conservation Group of the Year by the Florida Wildlife Federation. 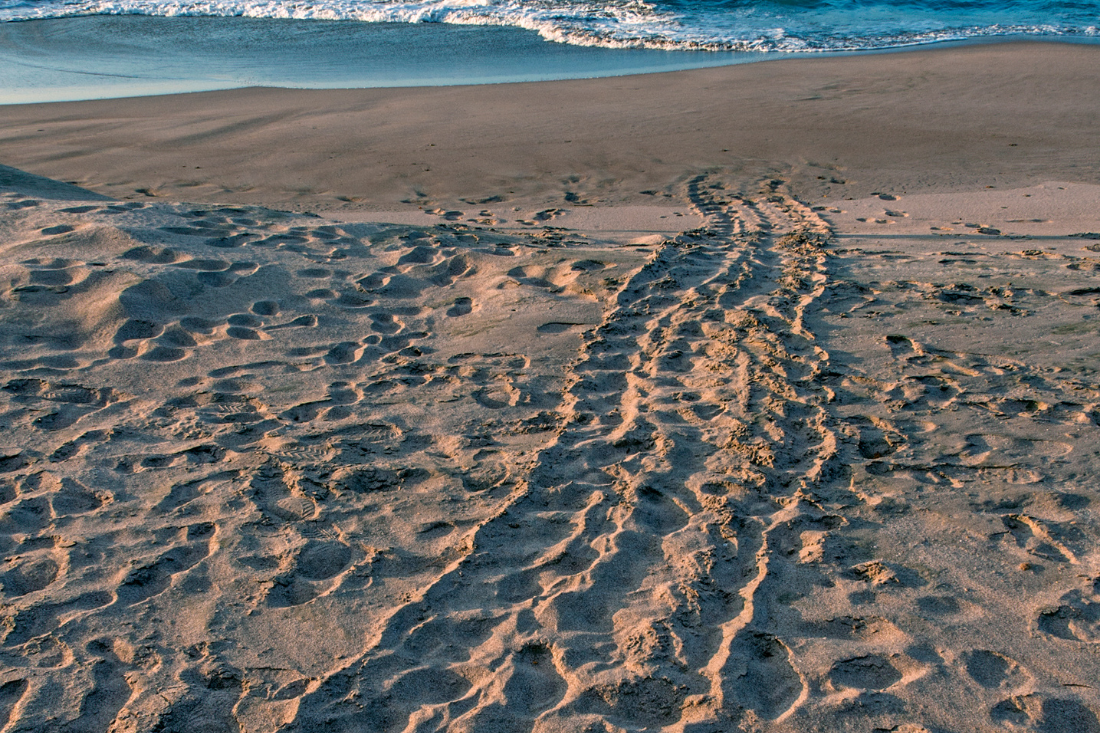 Sharon and South Walton Turtle Watch volunteers walk and conduct monitoring activities on our beaches, authorized by a permit issued by the State of Florida. There are 25 walkers on that permit. Those individuals are permitted to do all of the activities required in monitoring the sea turtles. In addition, there are generally another 35 to 40 walkers who are permitted to walk the roughly 23 miles of beaches and report what they find to one of four area coordinators.

All of our beaches must be walked every day — seven days a week, rain or shine — during the sea turtle nesting season that runs from May 1st to October 31st.

Walkers must be on the beach just after dawn. This is for a variety of reasons. First, tracks are easier to see in the early morning light when light shines on the beach at a low angle. If a nest is found and work needs to be done at the site, the work must be complete by 9 a.m. So an early start is vital, especially on some stretches of beach where a person might be required to walk a long distance. In addition, beach vendors are not allowed to set up on the beach until 8 a.m. or after any given section of beach has been cleared by SWTW. (The group is sensitive to their need to get their work done early, so the group tries to get their work done as soon as possible.)

[NOTE: All of the sea turtles that nest on local beaches are either endangered or a threatened species, so it is a Federal offense for anyone not permitted to disturb, touch, take, possess, harm or pursue a sea turtle, turtle nest and/or eggs. Individuals found in violation can be fined as much as $100,000 and can be sentenced to up to one year in prison. Citizens should always keep a distance from a sea turtle on the beach as they can be easily frightened, which can cause them to abort their nesting attempt.]

Walkers look for turtle tracks on the beach that indicate a female sea turtle has crawled out of the water with the intention of digging a nest and laying eggs. (It’s just about the only reason sea turtles ever leave the water.) After a baby sea turtle hatches and makes its way from a nest to the water, most sea turtles never set foot on land again, except when as an adult, a female comes ashore to lay eggs.

South Walton is only one of very few beaches in Florida where all four of these species have nested in the same year.

The most dangerous time of a turtle’s life is when it makes the journey from nest to sea. This usually happens under the cover of darkness. Multiple predators–including ghost crabs, birds, fox,es and raccoons–voraciously prey on hatchlings during this short scamper. Their numbers are also reduced by boats, boat propeller accidents, fishnet-caused drowning, shrimping net drownings and many fall victim to longline fishing lines. 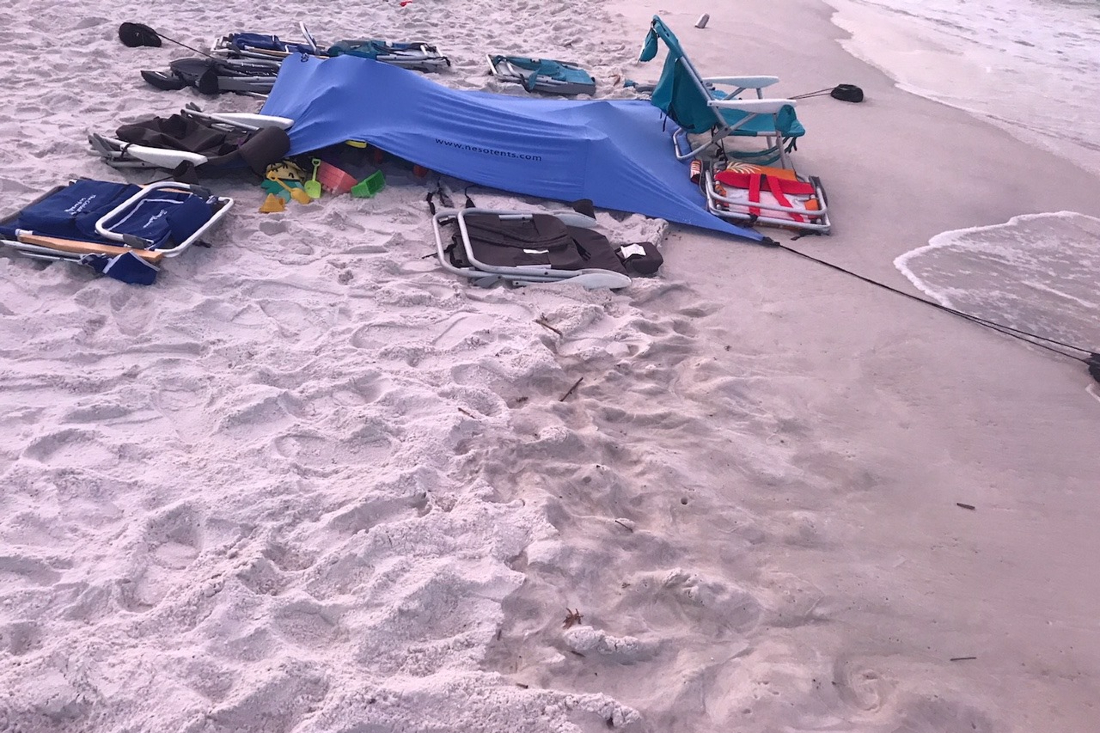 It is vital that all lights along the beach are shielded so they are not visible from the beach. Walton County has a wildlife ordinance that forbids lights that shine on the beach. The light reflected off the water from the sky at night guides them to the sea. When other lights are present those lights disorient baby sea turtles and often even adult sea turtles, causing turtles to lose track of how to get back to the water. Baby sea turtles lost on the beach or in the dunes when the sun comes up will cook in the sun and die. Babies stuck during daylight hours are also more susceptible to predators.

It’s very important that people don’t leave items on the beach at night. Walton County has a Leave No Trace ordinance that forbids leaving things behind overnight. Chairs, umbrellas, tents, floats, toys, and other items can get in the way of a sea turtle attempting to find a place to nest, causing it to retreat to the water. Those same items can also keep a newly hatched baby sea turtle from getting to the Gulf at all. Just slowing down a baby sea turtle as it makes a dash to the water may give a predator–such as a ghost crab–a chance to capture and kill a baby sea turtle. Holes dug on the beach during the daytime should be filled in when you leave the beach at the end of the day for the same reason things shouldn’t be left on the beach.

It is estimated that only between 1 in 1,000 to 1 in 4,000 hatchlings will survive to adulthood, so every effort helps!