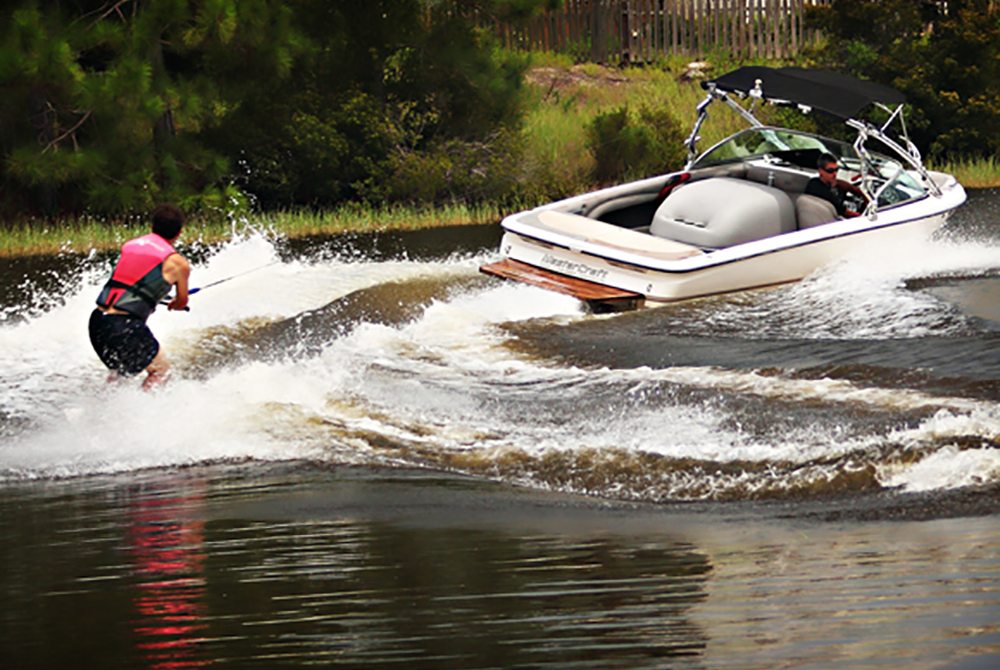 Tucked away in a quiet neighborhood in Santa Rosa Beach, the Pickos Ski and Wakeboard School is the world leader in water ski and wakeboard vacations and instruction. Training both novices and world-class athletes, the school has one of the finest and most complete ski facilities found anywhere in the world.

In fact, the world-class facilities have been host to the Southern Regionals, the U.S. Nationals, The U.S. Open, The Jr. U.S. Open, and the 2000 Pan American Championships.

The school has also witnessed 10 World Records set on-site. In fact, more world records, champions and world medals have been seen here than all other schools combined!

The school is owned by Cory Pickos, who started his water-skiing career off by breaking the world record and making the Elite U.S.A Water ski team at the age of 13. He was the youngest person ever to achieve these accomplishments.

Cory has earned every major title around the world, including the U.S. Masters Championship and U.S. Open Championship, 10 times each, and the World Championship twice. Cory was also a staple member of the U.S.A Elite water ski team, making the team many times from 1977-2009. Cory changed the sport of water skiing by breaking 24 World Records and over 30 U.S. National records.

And he’s right here in South Walton, eager to safely teach you and your family all about these exhilarating water sports.

For more info, check out the Pickos Ski and Wakeboard School website.