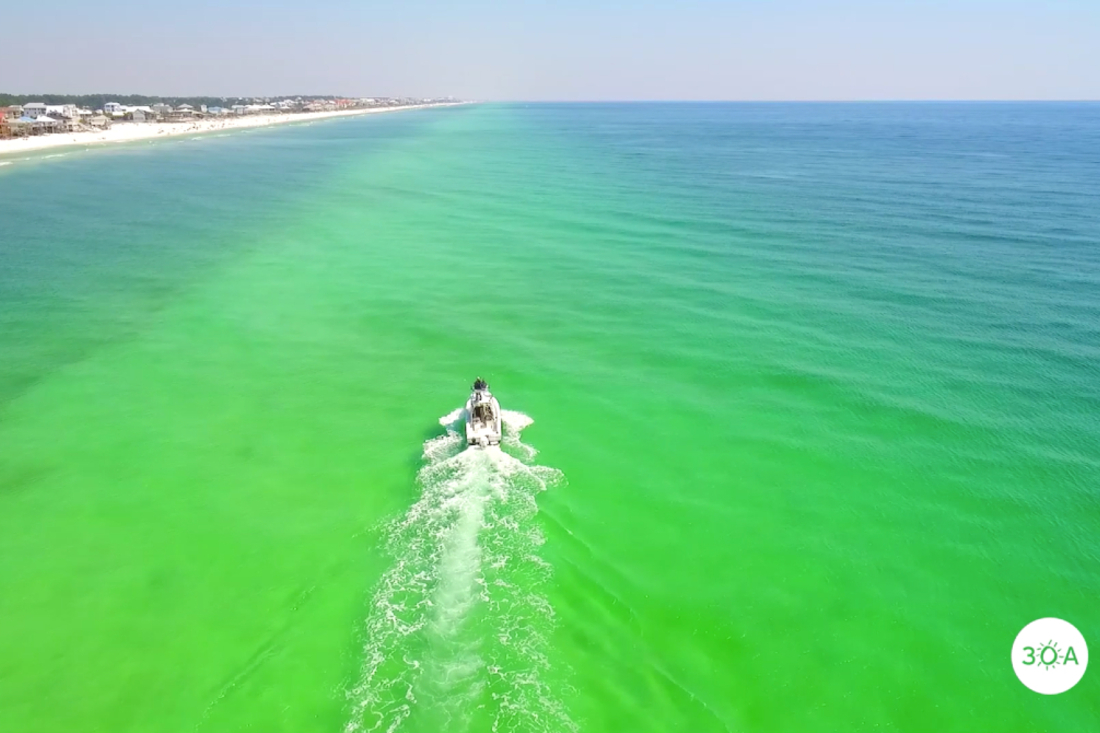 Whether you’ve spent days relaxing or playing upon the beaches of 30A, or simply gazed at our powdery white sands and clear emerald waters from afar, you’ve probably asked yourself the same thing – hundreds of thousands of others have asked about these beautiful Gulf Coast waters; why is that water so emerald-colored? And, you know what? It’s a great question. As well as being one with more than a singular answer.

Unlike almost all of the beaches along the continental United States, the stretch of sand and saltwater that run the 26-miles along South Walton’s Scenic Highway 30A are quite simply unparalleled by anything the Atlantic and Pacific beaches offer. Actually, they’re even a cut above many of the other Gulf of Mexico beaches outside of our immediate region. This is especially the case once you venture past the 100 or so miles of beaches that run along the Northwest Florida Gulf Coast, through Escambia, Santa Rosa, Okaloosa, Walton, and Bay counties. But that’s enough about the where, you want to know the why, right?

Catch a glimpse of the emerald gorgeousness and sugar-white sands in this video tour of Blue Mountain Beach:

BLUE MOUNTAIN BEACH ????️???? The first place we visit in 30A’s new BEACH HAPPY series! Even though we can’t be out on the beach today, we’re very honored to be able to share fun stories from the coast…

The precise, but short answer actually has something to do with not only the water itself, but even a little to do with the sugar-white sands that border it.

You see, our particular sand is made up of shimmering quartz crystal, whereas many beaches around the world are a combination of coral, seashells, soil, and mineral sediments. That’s why, depending on which coastline you’re on, you can see everything from tan to brown to charcoal, and even pinkish colored, sand. Not to say that’s bad… but it isn’t like the shimmering white crystal reflecting the sun onto these waters.

Now for the primary reason these shores dazzle beachgoers with a clearer, cleaner, and more fascinating emerald hue than anywhere else. Well, as they say, it’s in the water… quite literally. You see, unlike other areas, our piece of coastal paradise benefits from the lack of a magnitude of other less than clean bodies of water draining into the Gulf of Mexico. This is mostly due to the nearby Choctawhatchee Bay, just off our 30A mainland. 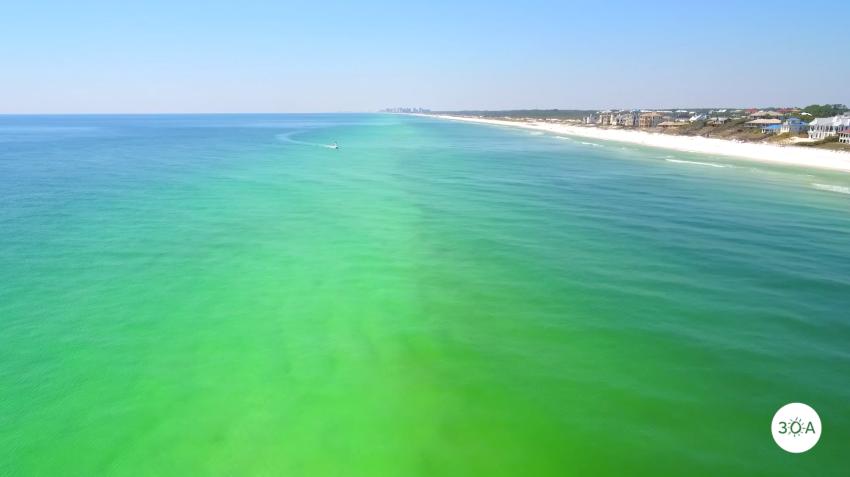 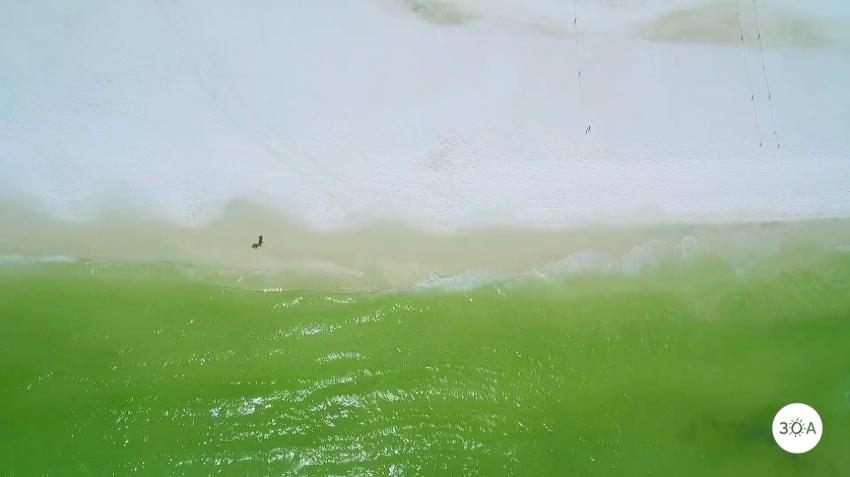 The Choctawhatchee Bay filters debris and sediment coming in from the creeks, rivers, and other waterways. Because of this, our vacation hotspots are the recipients of clear and clean Gulf of Mexico water flowing in constantly from farther out in the purer deep gulf.

Another geographical benefit is that unlike other Gulf of Mexico coastlines—outside of Northwest Florida’s and Alabama’s—the Mississippi River, which deposits the highest amount of sediment of any river in our country, produces a current that circulates counterclockwise toward the Texas coast, as opposed to dumping its less than ideal waters along our beaches, just as the Mighty (insert dirty) Mississippi and other contaminated rivers and waterways do in many other coastal regions outside ours. And that, my beach-loving friends, is the real answer to these Emerald waters so many have come to know as America’s Favorite Coastal Playground.

Here’s a seagull’s perspective of the stunning emerald waters of Dune Allen Beach: