Over 60 Sharks Spotted off Grayton Beach Harmlessly Swimming. It's their home after all. - 30A 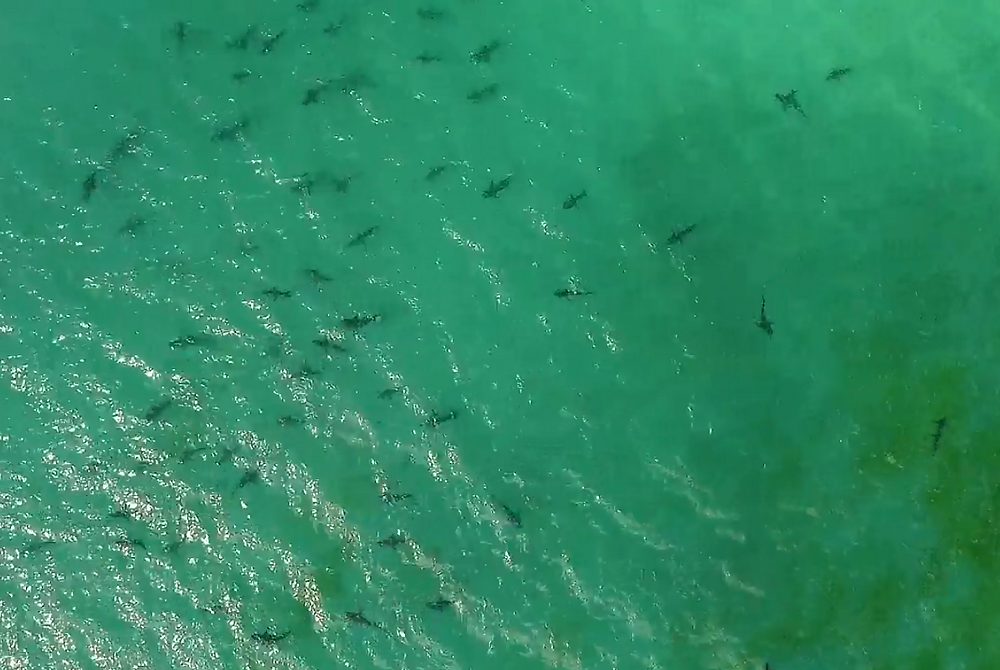 August 1, 2019: This morning off the coast of Grayton Beach, we spotted upwards of 60 sharks just chilling near the June grass.  It starts with just two sharks and less than two minutes later, dozens show up. They appear to be black tip sharks, sandbar and spinner sharks, and they were about 100 or so yards off shore. They weren’t bothering any humans, just grouped together and such a cool sight to see!

WHAT A SIGHT for Shark Week!!  Editor’s Note: No one was hurt or injured in the making of this drone footage. 😆

SHARKAPALOOZA! We counted 40 sharks, then 50 sharks, then the numbers kept rising! (No attacks, just an AMAZING thing to witness) 🦈🦈 Footage captured by 30A.com

Know the facts:  Only 1 shark attack documented in Walton County, Florida since the 1800s!  Here are more things to know about sharks in South Walton. Below is unedited live footage from Facebook.

Here are some facts about sharks in general. Whale sharks have been seen in these parts, too.

We went back an hour or so later and they were still there, so we took some more video.  Again, no one was harmed.