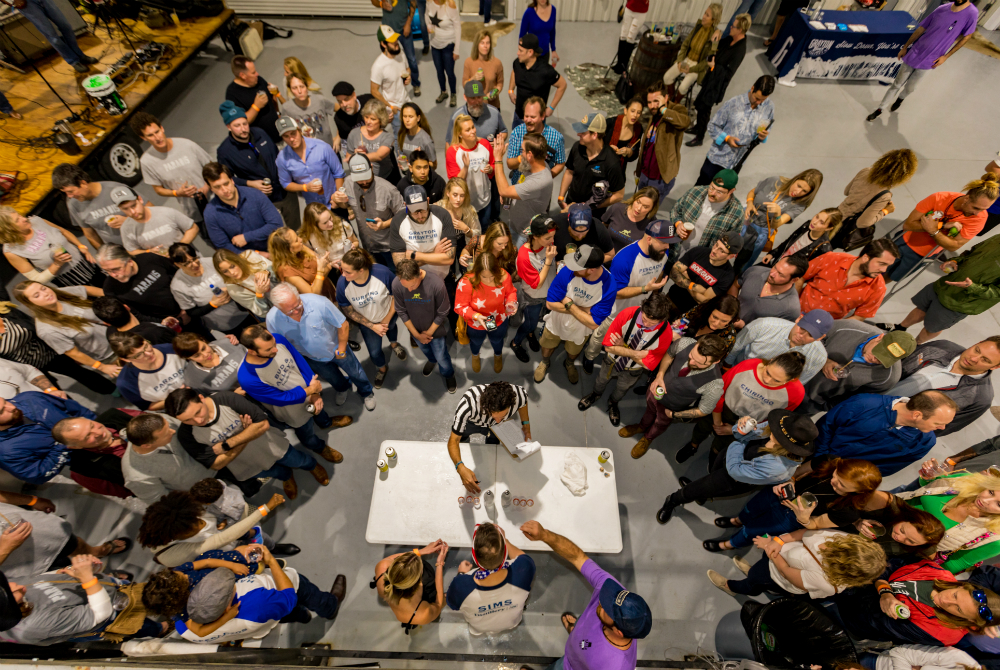 All photos by: Bobby Wagner

They came… they mixed… they conquered.

This past weekend, South Walton’s newest player Distillery 98 brought together some of 30A’s most talented and beloved bartenders for the ultimate face-off.

The inaugural Top Shelf 98 Mix Off consisted of a series of activities that put their skills to the true test to determine who would walk away with the title (and ultimate bragging rights) of the Best Bartender on 30A.

Until next year, of course! In addition, the winner would also take home a one-of-a-kind, wooden trophy made from the same Sinker Cypress as the distillery’s tasting room wall to proudly display in their home bar or restaurant.

On your marks, get set… 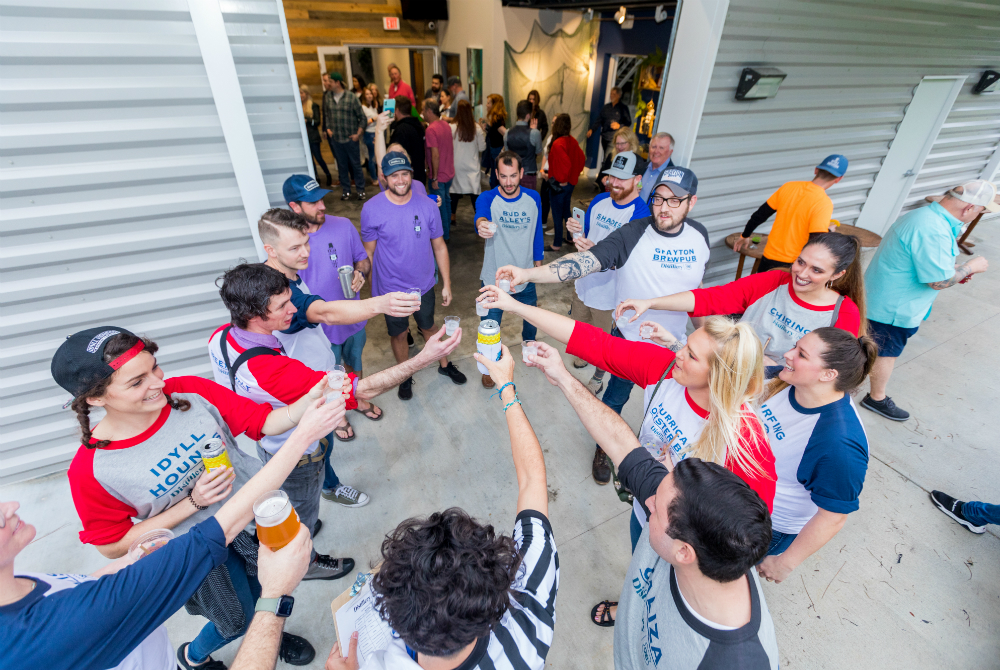 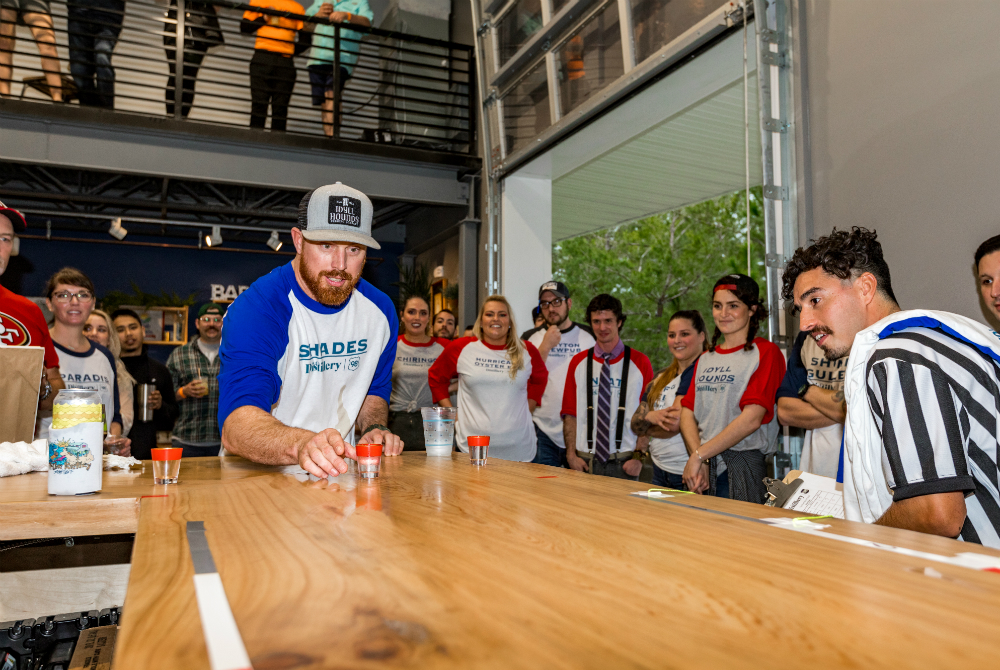 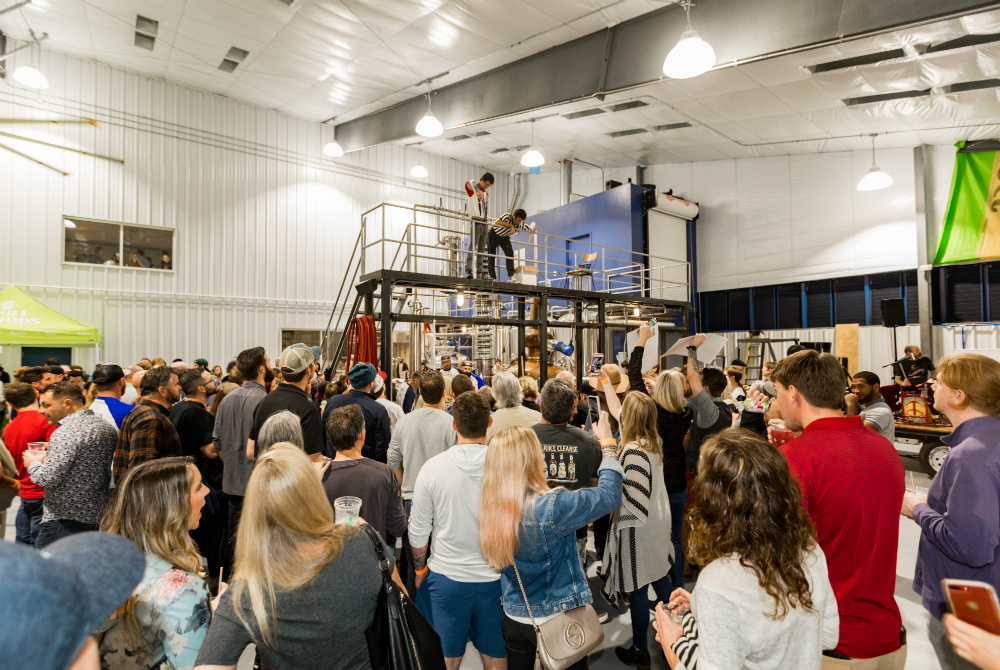 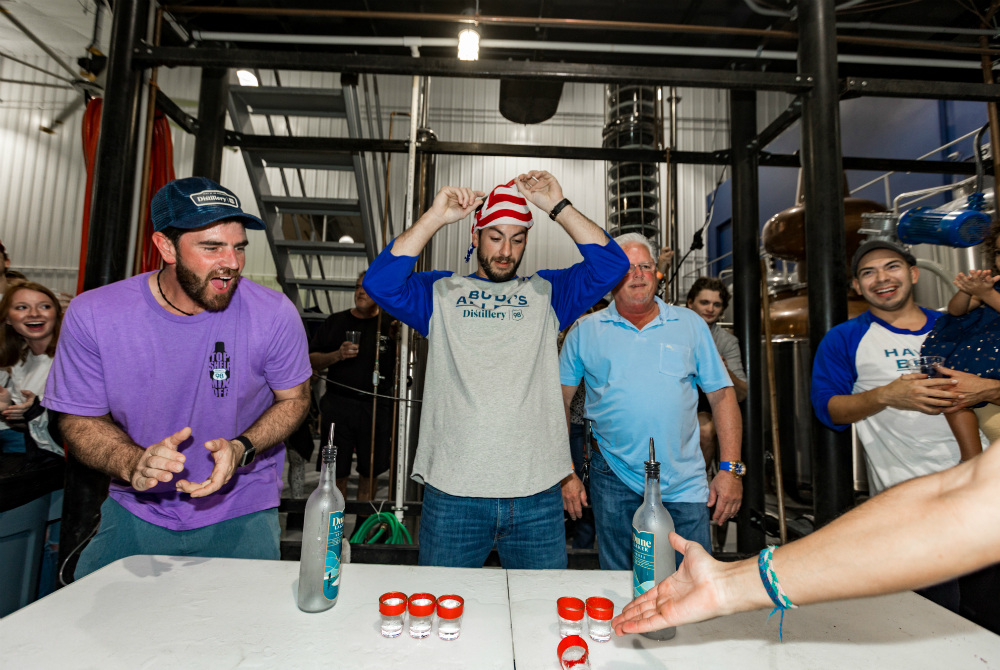 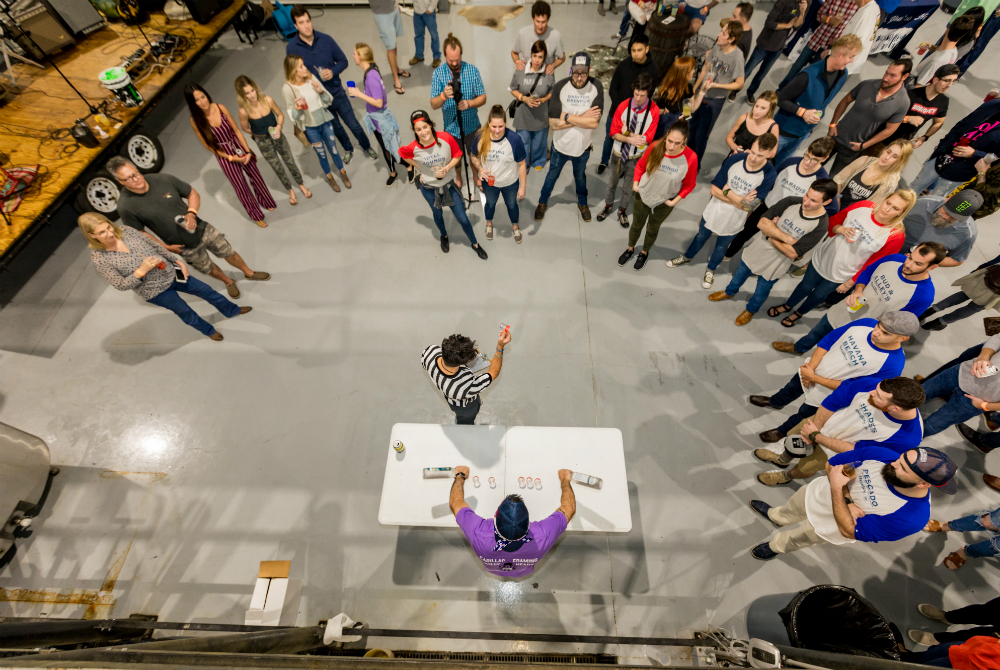 The games kicked off with a toast of liquid courage courtesy of Distillery 98, followed by the inevitable bout of friendly trash talk, and bystanders cheering on their favorite bartender.

First up was “Shot Slide.” (Think: Olympic Curling with a water-filled shot glass. Now take out the brooms and swap the ice for a bartop.) In order to win, competitors had to slide their full shot glasses toward designated point areas without spilling over a certain amount.

Next came a test dubbed “Blind Pour” to evaluate how good one’s pouring skills were––as you may have guessed it––blindfolded. 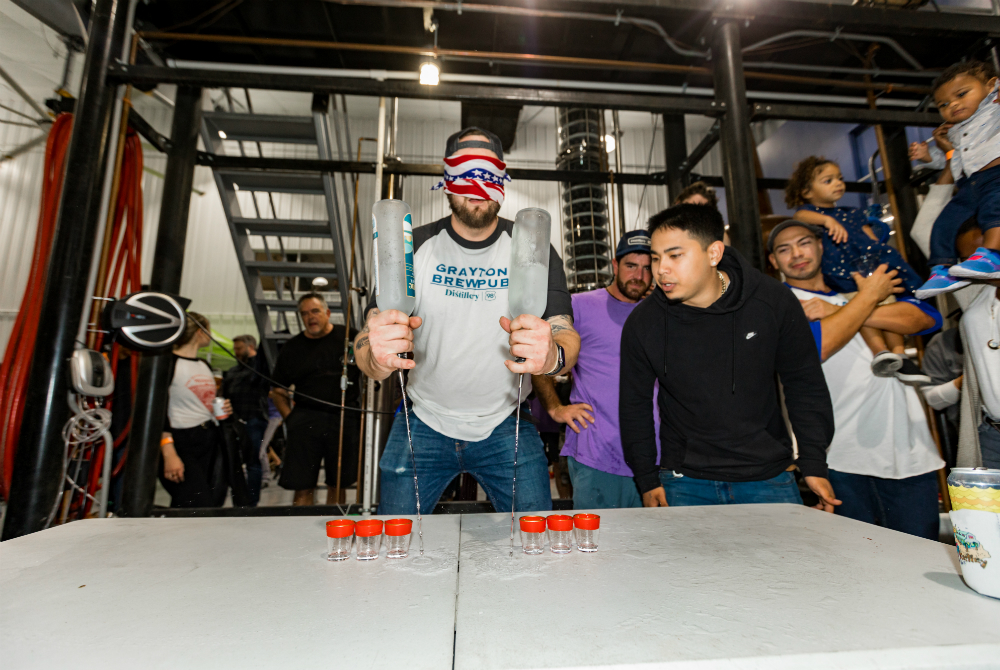 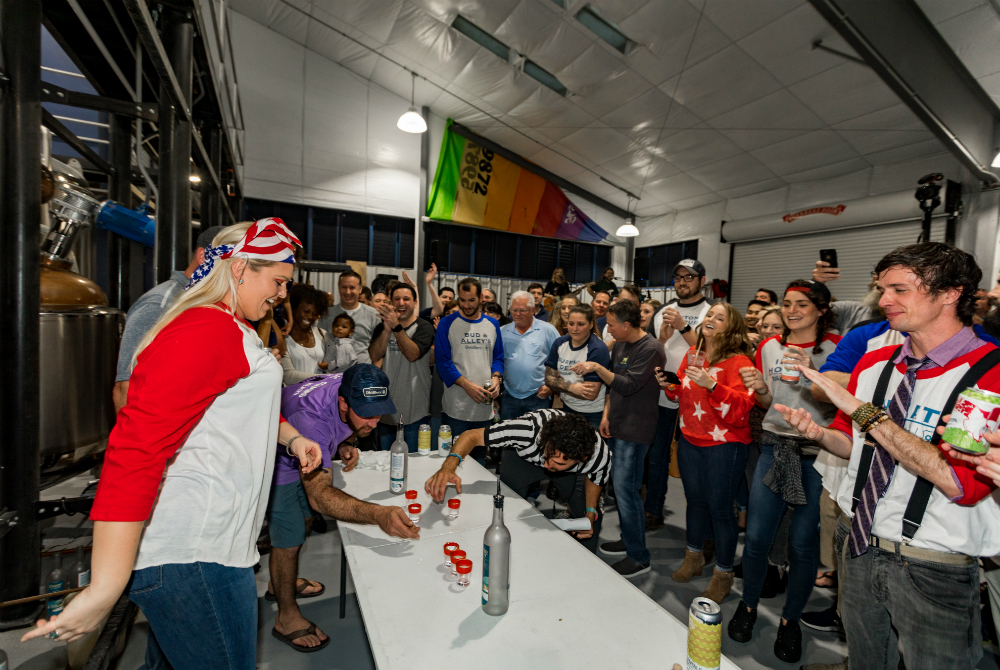 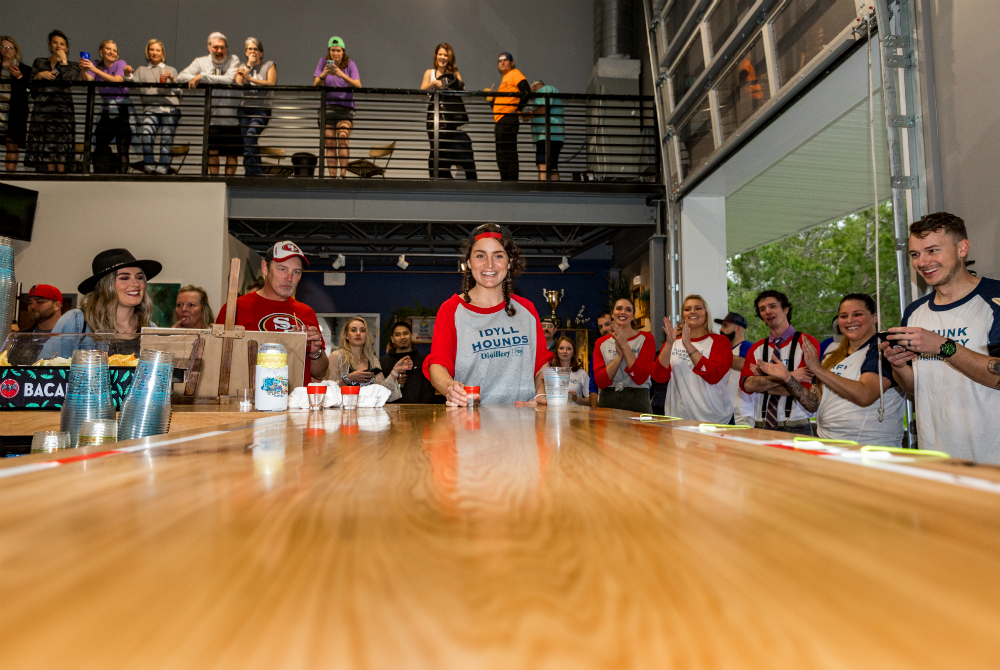 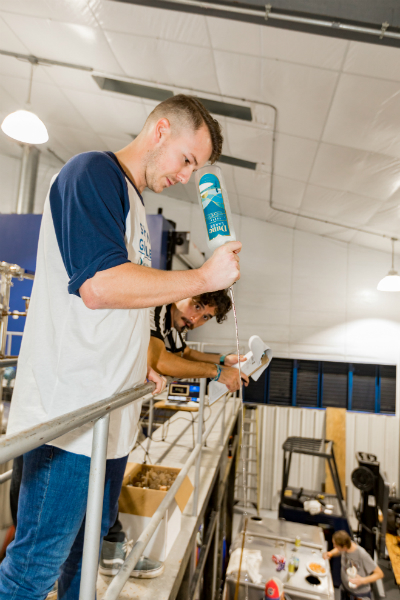 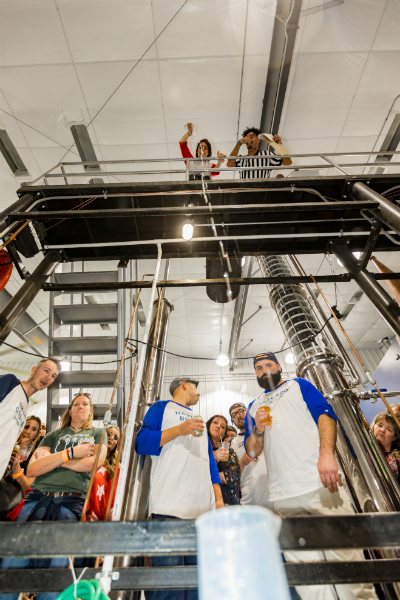 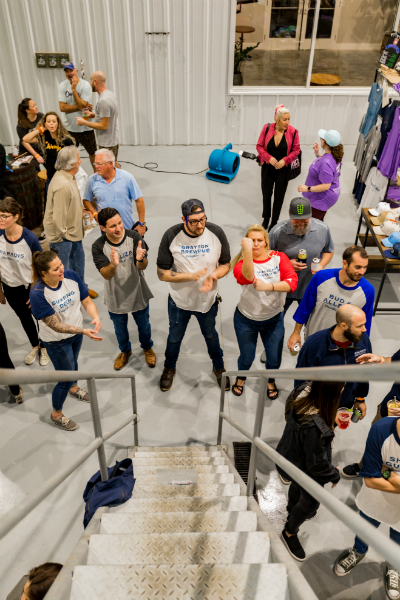 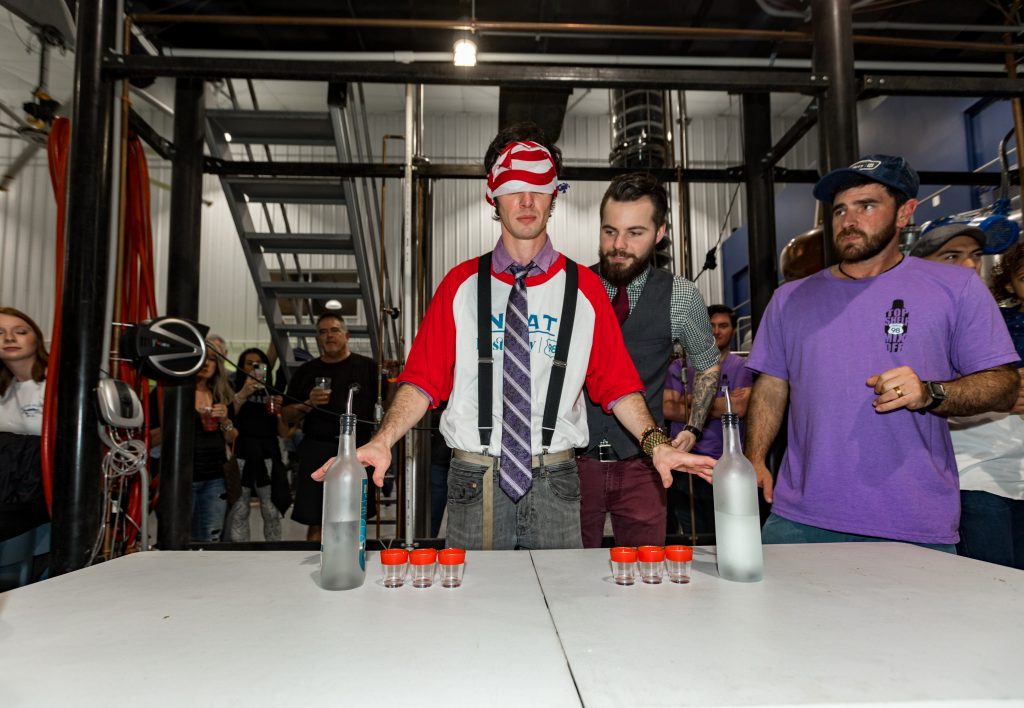 The third of these preliminary games was one of precision. The “High Pour” took place on the distillery’s catwalk to see which bartender could pour the most into a narrow 750 mL cylinder nearly a dozen feet below.

Luckily, these games all used water, so no Dune Laker was harmed during the pouring (and spilling) throughout the Mix-Off. Nor was there a shortage either. The menu of adult libations gave way to two options: “Blame it on the Spritz,” a vodka spritzer featuring Distillery 98’s signature Dune Laker with cranberry, raspberry and ginger, as well as “Sir-Mix-A-Lot,” a citrus margarita made extra special with 98’s limited release, a sparkling spirit aged in tequila barrels.

Idyll Hounds and Grayton Beer were also on scene making sure there was a little something for everyone.

During the breaks, musical guests Foaming Heads and Cadillac Willy pleased the crowd as did the delicious food options: peel-and-eat shrimp with Spanish rice from Buddy’s Seafood and sweet and savory crepes from Crepe and Cream.

And now, for the main event… 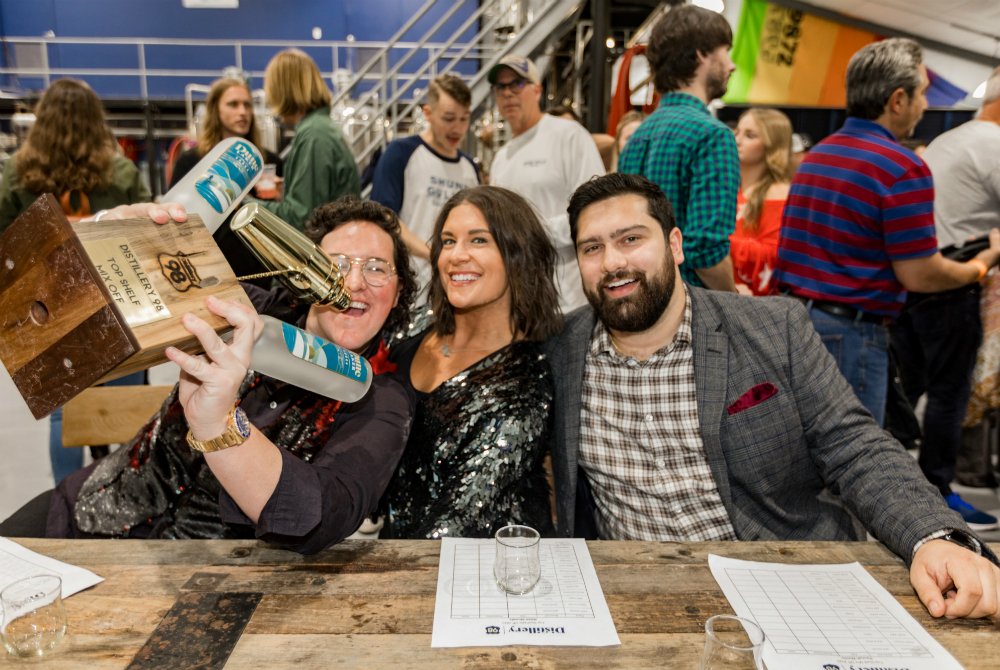 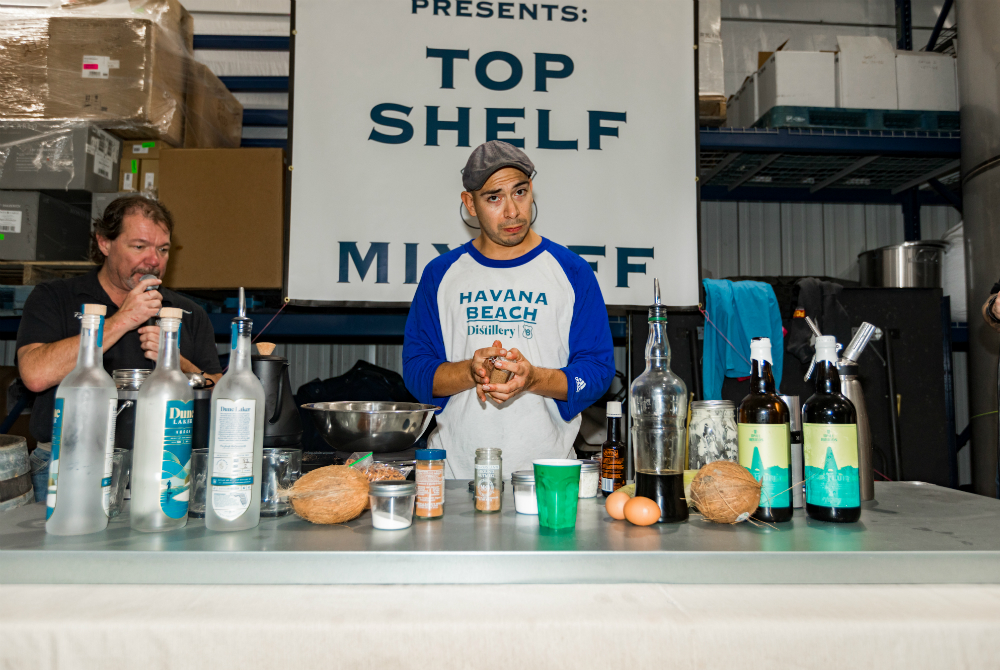 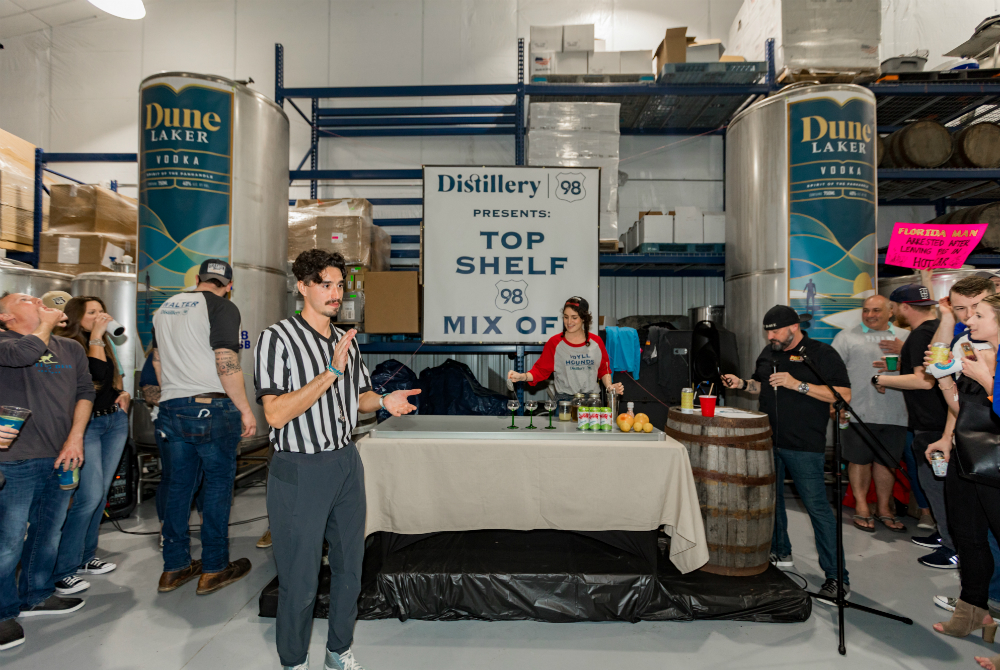 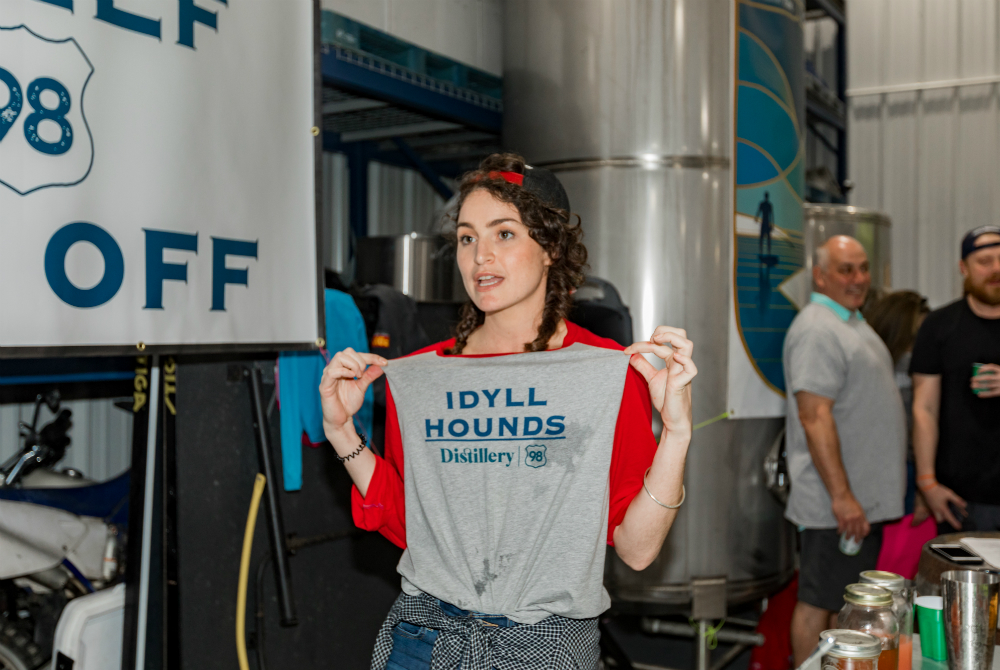 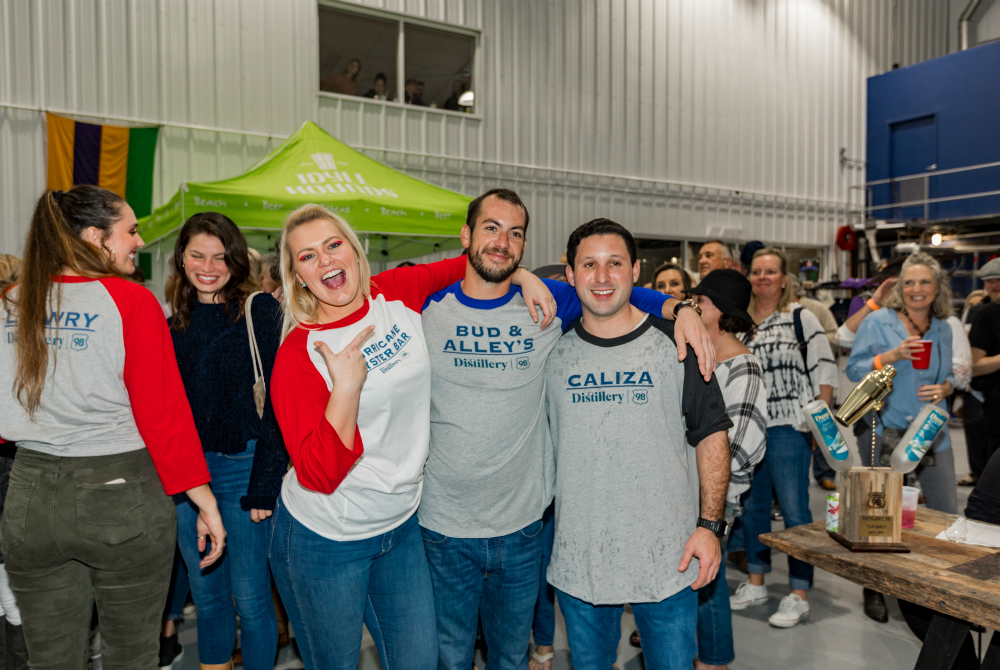 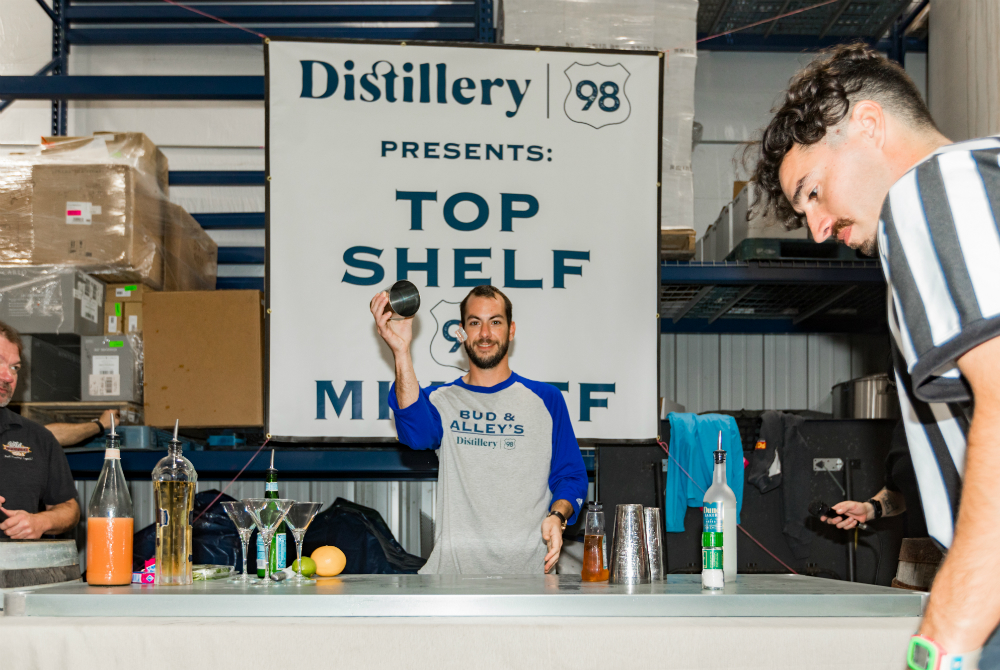 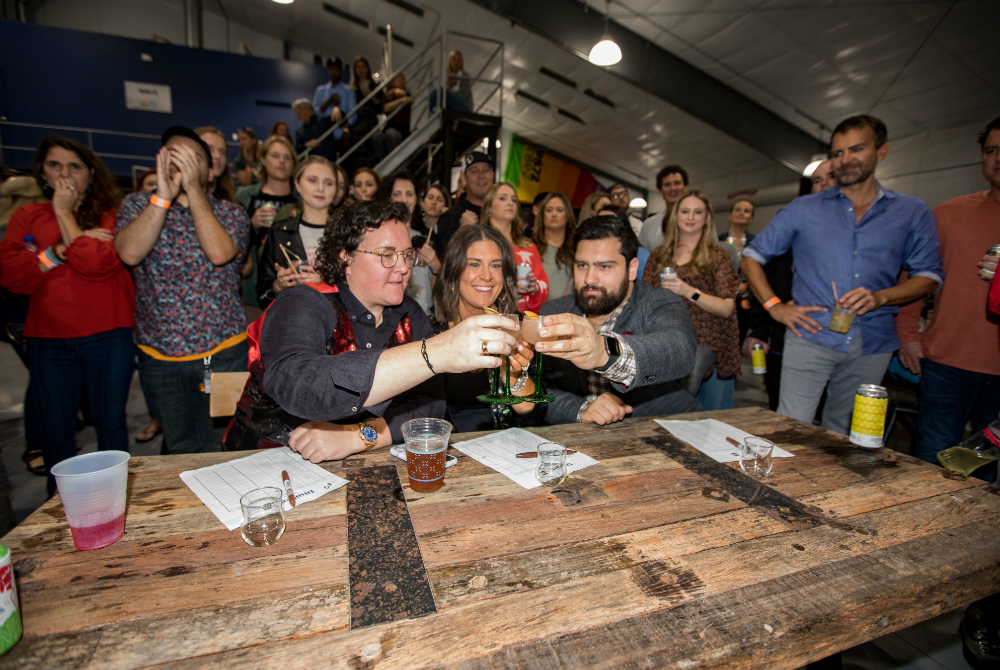 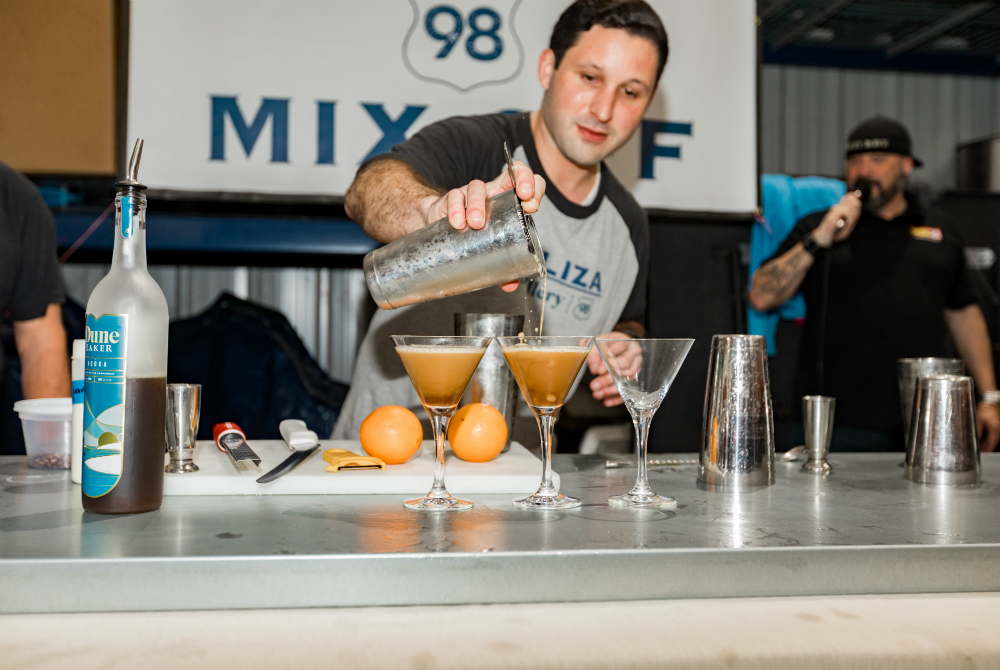 The main event brought the biggest test of all, one that evaluated flair, presentation, and taste.

Each of the thirteen bartenders came prepared with fixings of their very own specialty cocktail made with the distillery’s signature vodka. Celebrity judges including their own pool of talent (and comic relief to match) Jessica Proffitt of Proffitt PR, Coastal Luxury’s Hannah Martin, and Nikhil Abuvala of Roux 30a and Nanbu Noodle Bar would determine the best of the best.

One by one, they took the stage alongside referee and event coordinator Matt Kemp. Some highlights ranged from a couple of unique twists on the classic Salty Dog by Idyll Hounds’ Katie DeSantis and Shawn Parrino of Bud & Alley’s; a clarified Caprese Cocktail from the team at Neat that featured Dune-Laker-infused tomatoes, basil, and garlic; and some all-local-everything creations by runner-up Lindsay Heglin of Paradis and Pescado’s front-runner Slayde Martin.

As for the one that took the gold, a smoky spin on a fresh cosmopolitan is what secured the win for Grayton Beer Brewpub’s Kyle Walter, a cocktail (and show) that truly mastered it all.

“We had such a great time at the Mix Off,” says Distillery 98 CEO and Co-Founder Harrison Holditch. “The support and love we felt for the event and the competitors speaks for this community. Some absolutely amazing drinks were made, and we already can’t wait to see what next year’s competition will bring!” 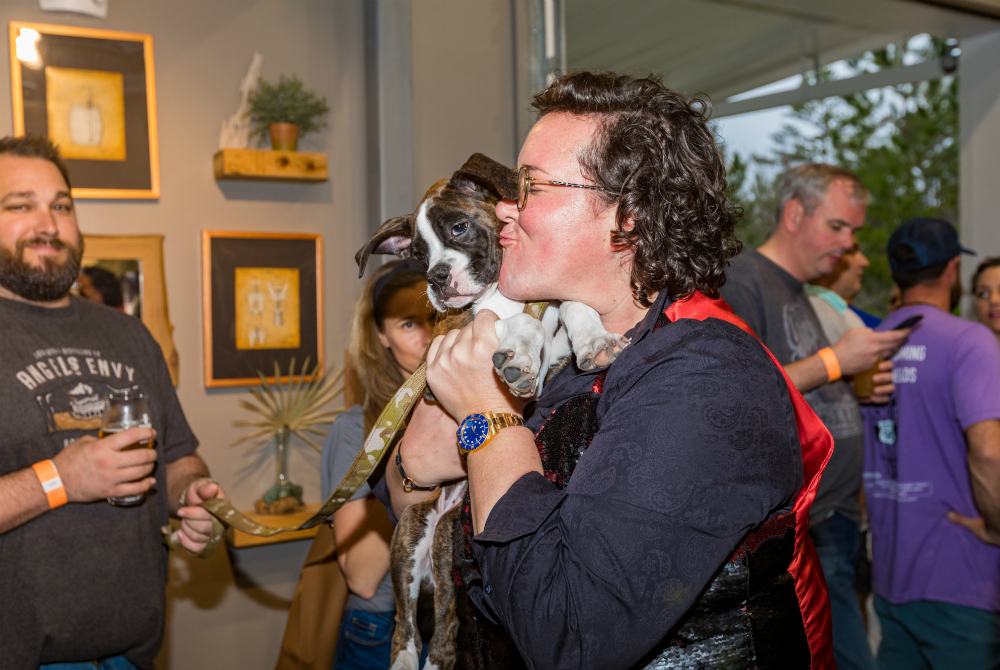 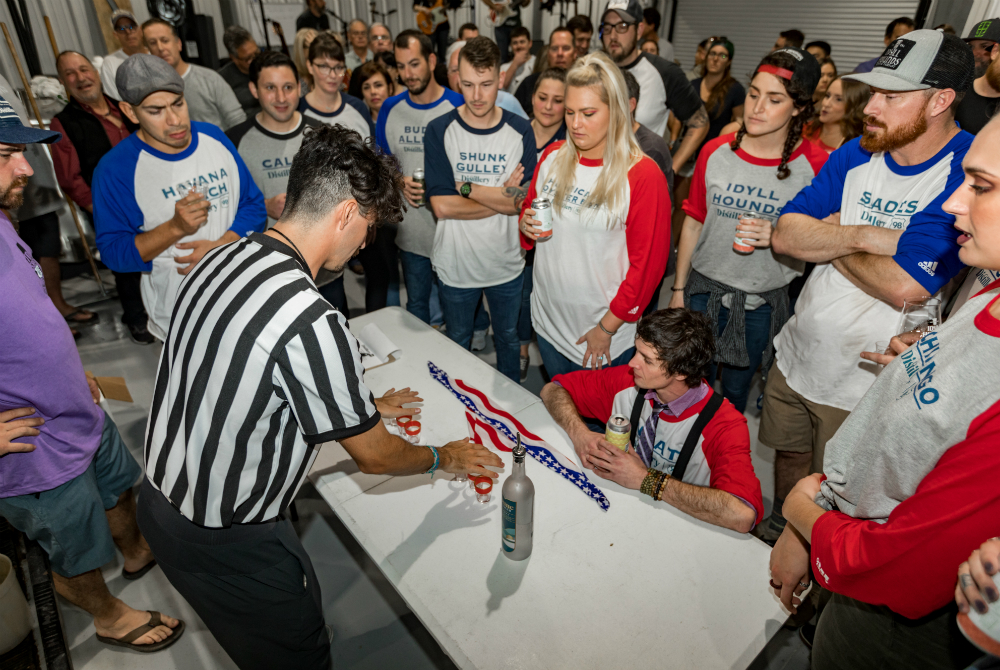 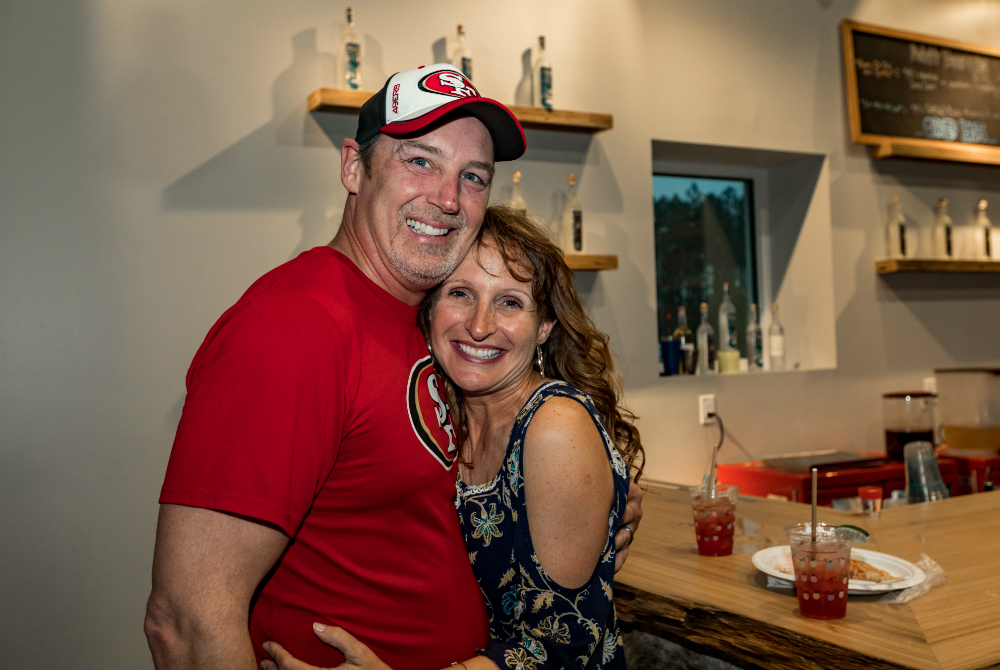 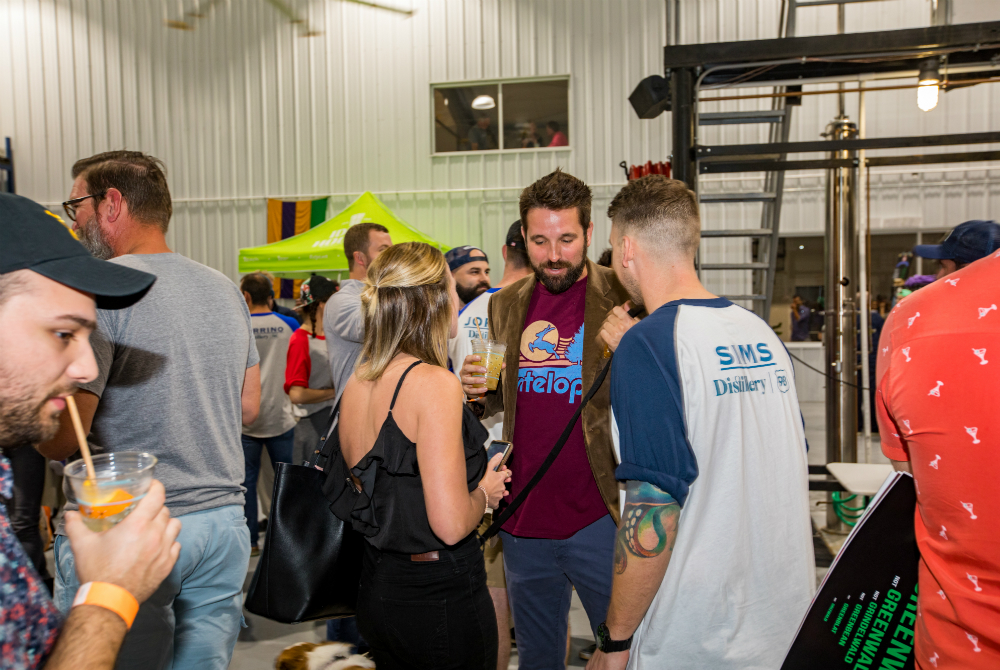 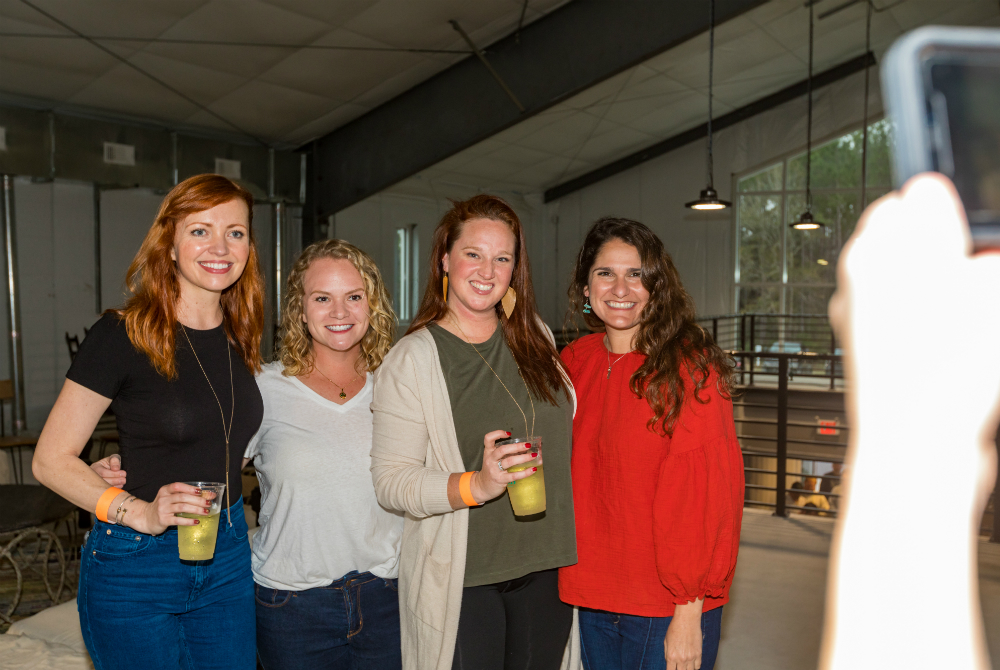 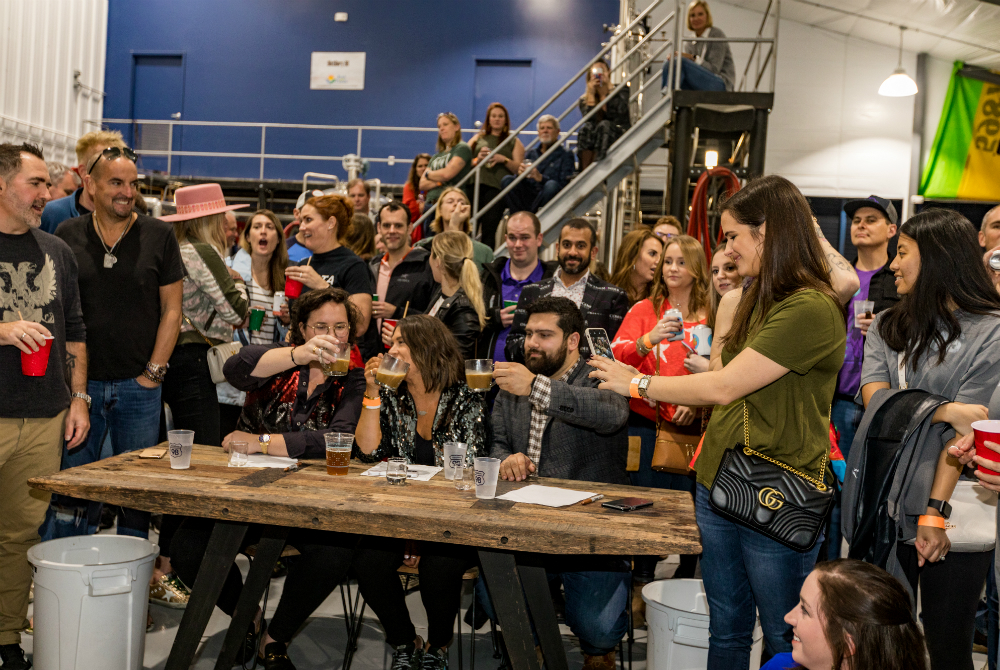 KRISTY GUSTAFSON is a writer, freelance marketer, author in the works, and born-again beach girl. You can catch her on the tennis courts, toes in the sand, or up and down the beach in search of the area’s best Bloody Mary. Follow along her adventures on Instagram @kristyerin10.