There's a Pidgeot at The 30A Store at Gulf Place!

This time of year, visitors and locals alike gather together on 30-A to enjoy the sunshine, eat good food and … catch Pokémon?

You may have noticed a sudden influx of people of all ages staring at their phones more than usual and screaming, “I got it!” to their friends. This is the life of someone who downloads the new Pokémon Go app. The highly-addictive game was just released last week and already has more downloads than other popular apps on the App Store after only a week. 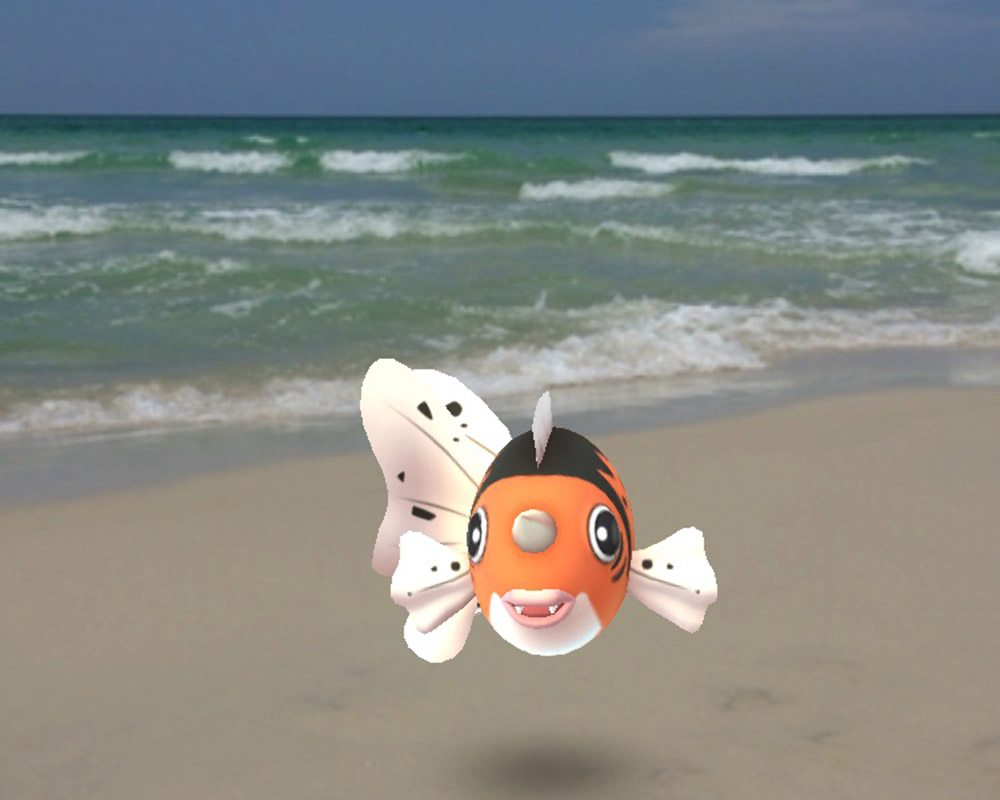 A Seaking showed up in Santa Rosa Beach

The good news is, 30-A is a Pokémon Go trainer’s paradise. You’ll see anything from a clan of Tentacools by the Gulf to Snorlax chilling at a beach bar.

We’ve got the ins and outs of the best places to find Pokéstops and challenge other trainers at Pokémon gyms. Whether you choose team Valor (red), Mystic (blue), or Instinct (yellow), there are so many opportunities to bump up your XP and become the very best Pokémon Go trainer on 30-A.

Gulf Place is a great place to start because there are many different types of Pokémon to catch to help you level up. Magikarps, Staryus and Digletts are all over the beach, while Nidorans and Venonats dominate the Gulf Place shopping center. There’s a Pokéstop at the stage in Gulf Place and at The Chapel at Crosspoint nearby. 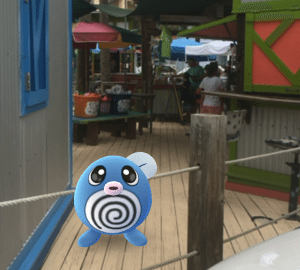 Those Poliwags at Gulf Place are cute!

There are 10 Pokéstops in Seaside, that’s right, TEN, and one gym located at a sculpture. Central Square Records has already embraced this prestigious honor by inviting people to stop by for some pokéballs and potions. Pidgeys are everywhere in Seaside, which may be a good or a bad thing, depending on how you look at it.

Watercolor has one Pokéstop, The Blue Giraffe, and two gyms, both of which are currently dominated by Team Valor. Don’t forget that catching more Pokémon and evolving them will give you a major XP boost. 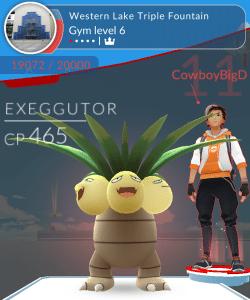 Grayton Beach has 12 Pokéstops and four gyms – wow! Stop by Monet Monet, Chiringo or The Red Bar for some revives, eggs and pokéballs. The Grayton Beach nature trail is a definite hotspot, and Western Lake is filled with water-type Pokémon, but keep your eyes out for Bulbasaurs too!

Seagrove and WaterSound combined have five stops, one of which is The Hub, and one gym at Seagrove Baptist Church. These neighborhoods have a ton of grassy, wetland areas, so be on the watch for Exeggcutes and Bellsprouts.

Alys Beach has eight Pokéstops, a gym at one of the large towers, and is filled with Oddishes, whereas Seacrest has two stops, one gym at the giant lifeguard chair, and is covered with Poliwags.

Finally, Rosemary Beach has four Pokéstops and one highly-competitive gym located at the central fountain. Go a little further down 30-A and you’ll find a gym at Shades Bar & Grill and two Pokéstops in 30 Avenue.

A few tips for the Pokémon Go trainers:

• Stay in groups when hunting down Pokémon